A chat with the show's current host, Corky.

The Salt Lake Soundcheck on KBER has been kicking ass promoting local music. It's especially valuable when many local radio stations have seemingly given up on giving locals any kind of unless it's a one-off spot once a week or the band is nationally recognized. But, since Soundcheck's inception, the music community has had a great outlet to not only get featured on a corporate rock but be interviewed and play live on it, too. Like many radio shows of this nature, it's gone through its share of changes, including on hosting duties, where it's now run by Corky. Today we chat with him in what will be our second interview visit to the show to talk about his run so far and local music in general. (All pictures provided courtesy of Corky.)

Gavin: Hey Corky! First thing, tell us a bit about yourself.

Corky: I was born and raised in Northern California, I am from Woodland. My mom is a piano teacher, and so I reluctantly had to take piano lessons. That didn't last very long. But I learned enough to get by. I also was in a band, I played saxophone and I took a guitar class in junior high. I also played sports from junior high to high school: football, wrestling and track and field. I was in a couple of high school garage bands; we knew enough to play just the intros to songs—Metallica's "Enter Sandman," Journey's "Separate Ways"—then we would stop and high five each other. We never had any gigs, just played in the garage. I did some traveling around the world and I moved around a little bit, and eventually ended up in Salt Lake City in 1999, went to school at The University of Utah, graduated with a Bachelors in Communications. I pretty much worked all over Salt Lake City. I worked for the Salt Lake Stingers (before they became the Bees), Utah Jazz and Utah Grizzlies. I have always loved music and checking out live bands. I worked at The Depot (one of my favorite music venues) where I got to see a lot of music acts and experience the music scene in Salt Lake City. My favorite band is Alice In Chains, and I was lucky enough to meet them back in 1990. I have a signed poster from the original band. I am in Tesla's "Love Song" for not even one second, but I know it is me!

When did you first take an interest in radio and music in general?

I have always loved music. My mom would play the piano often, and I would listen to the radio a lot when I was very young. I didn't have any tapes or records at a young age, and I didn't understand how radio worked. When I listened to the radio, I would think that the songs I heard on the radio were being played live in the radio studio by those bands. I was very intrigued by that. When the songs were done, they would go to commercial. I thought they brought in another band to play the next song live in the studio. Obviously, that is NOT how it works, but that is how I thought it worked.

When did you decide to go for that as your career? Did you get any education for or just dive in?

I always thought radio DJs were cool, and I thought about how cool it would be to be one, but I never thought I would become one. I really just fell into it. I didn't go to radio school, I just ended up getting a job as a radio tech, driving the station vehicle around and setting up for the DJs' live broadcasts out and about in the city. I was doing a remote with Marcus in the Morning, and he ended up asking me if I wanted to come on his show on 94.9 Z-Rock. I thought that I shouldn't pass up this opportunity and decided to go into the studio in the mornings and see how things go. That ended up working out, and I have been on the air since 2010.

What radio work had you done prior to KBER?

I started out with 94.9 Z-Rock with Marcus in the Morning and then on The Rock Show with Howie Rock and Lindsay on 94.9 Z-Rock. Then the station changed from Active Rock to Alternative, so I was on The Half-Assed Morning show with Howie and Bree on ALT 94.9. During the ALT 94.9 days, I also started co-hosting The Salt Lake Soundcheck with McNeil. Helmut Von Schmidt decided to leave the hosting duties to McNeil, and they invited me on to be the co-host.

How did you eventually snag your own shift with the show?

I was already the co-host of The Salt Lake Soundcheck. Aaron "McNeil" Salazar decided to move on to another opportunity and I was pretty much thrown into hosting duties.

What did you think of The Salt Lake Soundcheck prior to hosting it?

I would listen to the show every once in a while. Sometimes, I was in the building when they were on the air. I would walk past and look into the studio to see what was going on. It looked like the bands and hosts were all having a blast. Now I am having the blast!

When did the discussion come about for you to take over as the sole host, and what were your initial thoughts?

McNeil went to another opportunity, and it made sense for me to be the host. At first, we were looking to find a co-host, and it was just hard to find someone who made sense and would work out. We decided that I could try to do it on my own. 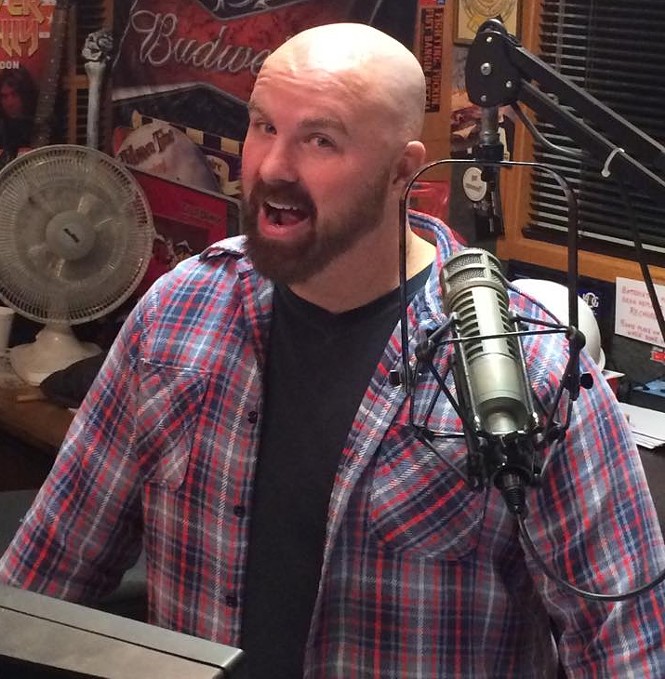 What was it like for you first taking over and getting more acquainted with local music?

It was so stressful! I had never hosted my own show before, but I was lucky enough to have had time to watch my previous morning show hosts over the years. I got to see how it was supposed to be done; I just had to get in there and do it. It took awhile to get comfortable and used to it. I would show up to the studio really early to plan out the show and to have all the music and everything ready to go.

What was the reaction like from both listeners and bands?

I believe the listeners and bands thought it made perfect sense, since I would go to a lot of the local shows in town. I would see a lot of the bands, and I knew a lot of them from being out at local shows before I was a co-host on The Salt Lake Soundcheck. I was involved in the local scene, and still am. 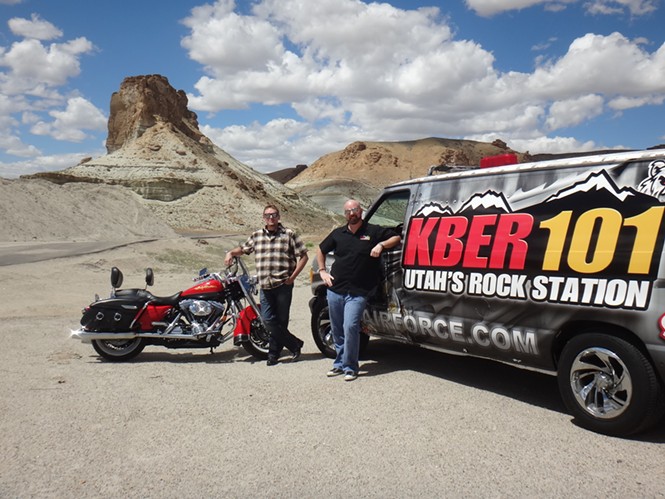 Who have some of your favorite acts been on Soundcheck since taking over?

I can't name them all. I have a lot of favorites, and I like going out to support those bands when I can. They are working hard to entertain everyone and they just want everyone to have fun. I try to showcase those bands and make sure listeners can find out about them, and get to know them better.

As a DJ in SLC, do you wish music were integrated more into everyday playlists? Or do you believe local music would be lost in the mix with national favorites?

KBER already has Royal Bliss in the rotation. It's really exciting to hear them on the radio. I would love to see more local bands on KBER. I am always rooting for our local bands to be heard and on regular rotation on. But... I know you can always hear local bands on the Soundcheck.

Who do you personally recommend people should check out that have impressed you this year?

I have a lot of favorites and I don't want to single any bands out... but just recently I saw Scarlet Rain at The Royal and they did a version of Audioslave's "Show Me How To Live," and it was good! I wanted them to play it again and again! I really do love doing a local music show with all these bands that are so super talented.

As the current host, where do you hope to take the show compared to others who ran it?

I think we all tried to showcase the local bands in the area. I am pretty lucky to be able to have a different band on the show every Sunday night of the year. All of your favorite bands started out as a local band. It's fun to see how successful they can get. It's cool to see those bands working hard to try to make it. I like to invite those bands on the show when they have shows booked and are releasing new music. I like to showcase that in a band.

What can we expect from you and the show over the rest of 2016?

You can expect more great local bands on The Salt Lake Soundcheck, and I am always trying to make things better for the show. I would like to grow the likes and follows on our Facebook page, and I am working on posting a podcast of the show for people who aren't able to tune at that moment or miss the show that week. You can now text in at (801) 570 KBER (5237) for any questions or comments during the show; I am thinking about using that for song requests. I want to try to make it OUR local music show and get some suggestions to make it listener active. But you will have to tune in to find out what I am going to do. I just really want to help build the local music scene and attendance at our local venues. People are really missing out on some great local talent. We are lucky to be living here. There are tons of great bands. Hopefully, I can bring you a taste of what the Salt Lake City area has to offer. Maybe you can find your next favorite local band and help support the local scene by attending more shows and supporting those bands.