Learning the pros and cons of for-profit incarsonation.

June 30, 2016
comment
Ah, the muck and mire that is the for-profit prison system in America. Doesn't matter what side you take on any of the issues surrounding how we're the world's #1 country of people incarcerated per capita, or how we feel about the death penalty, or the work we're doing (or not doing) to rehabilitate people so they don't find themselves back in prison: You'll often find yourselves at the end of a losing argument in some fashion. So what better way to understand the system than to be a part of it in a minor way with the hit game Prison Architect.

UK game publishers Double Eleven and Introversion Software came together to make this construction and management simulator where you run a variety of prisons. The game was a smash when it was released on Steam in late 2015, and now the game makes its way to PS4 (June 28) and Xbox One (July 1). It runs almost like you're playing a cleaned-up version of Civilization or Sim City—and when I say cleaned up, I mean 90 percent of the garbage you normally have to deal with as far as running things are gone. The tools you need to run the facility are given to you without much hassle. You'll still need to research better things to run the facility with, but those items only take a small amount of time and money. Much like other simulation games, the goals tend to be more self-fulfilling, as you start your own prison and work to build it from the ground up. 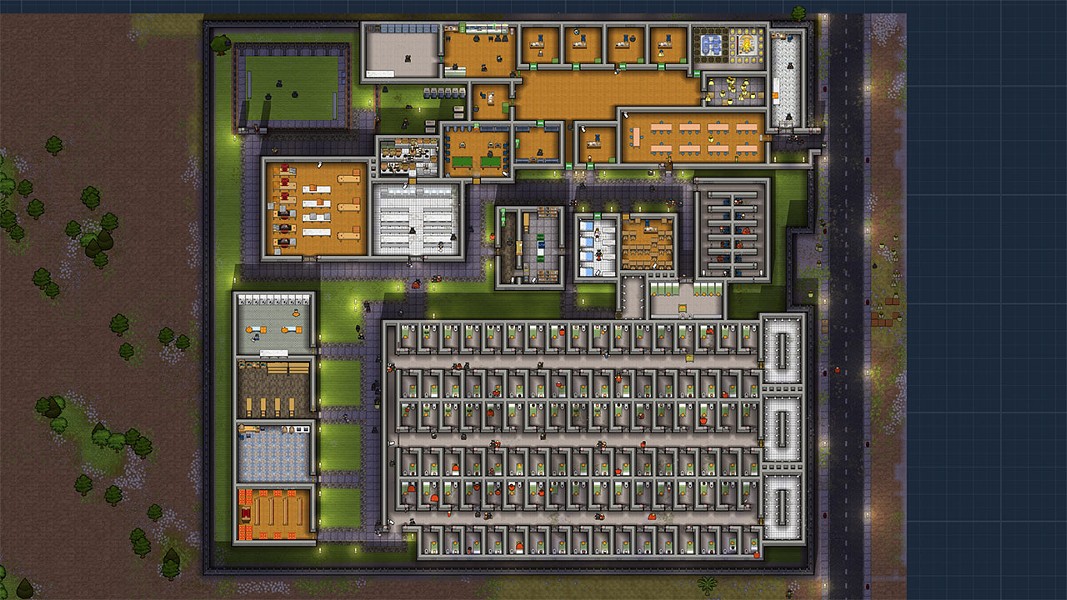 Prison Architect isn't dumb, though it knows you can't just go around building prisons without some experience. The game has a short campaign at the start where you learn the basics of building, managing, maintaining and building your prisons, with a story-line that's interconnected in a cool way. You start off as a newly-hired manager who gets to work right away by building an execution chamber, to kick off the story of a man who shot his cheating wife and her lover in cold blood. Through this, you're taught how to build everything you need, or are required to add, in order to make parts of the prison function. The game then moves onto a bigger prison that's on fire, where a mob boss is badly injured. You're slowly introduced to new elements of the game as you progress to each point in the story, learning things like hiring staff, officer deployment, cleanliness, emergency services and more.

As you continue through the game, you find that the tone of how our prison system works is fucked up. You see how these men live in their cells—side note: No women's prison, no idea why—and how basic items like a book shelf or a window make a difference in their behavior. How yard time is a joke, how the food they eat is disgusting, how the time they spend in the facility doing anything besides showering and sleeping is a waste and doesn't provide anything of substance for them to reform. You slowly learn that reform needs to come from within, and the best way to help your prisoners is to give them the tools to help themselves. You're given the ability to build classrooms, religious centers, visitation areas and even parole rooms to help get your prisoners out and back into society. 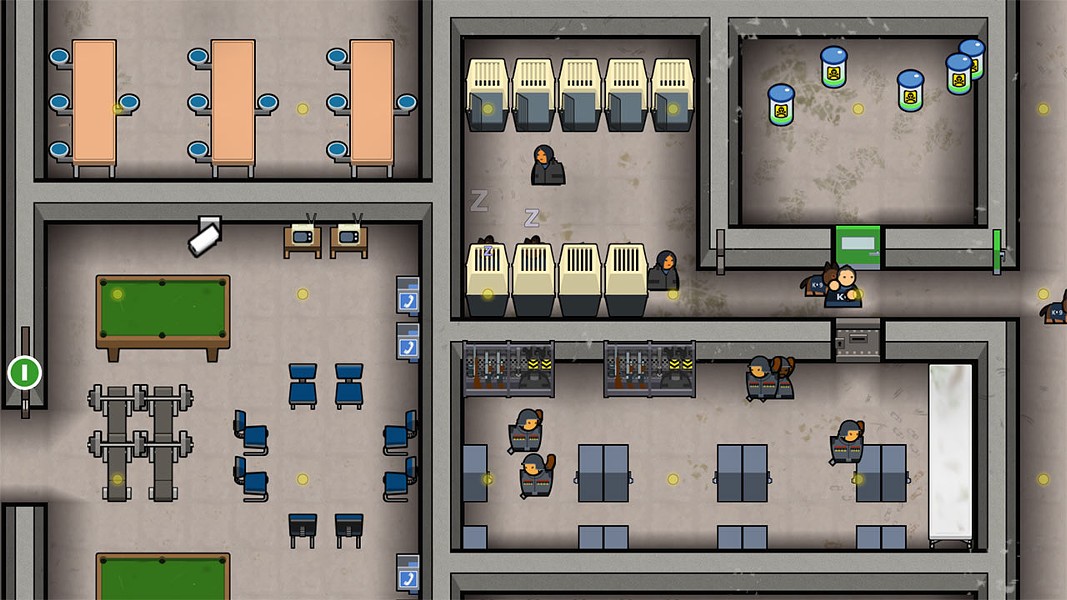 Of course, it wouldn't be a game without challenges, and much like real life, some prisoners don't give a shit. They'll do what they feel like, and don't care about the consequences. It's up to you at that point to deal out punishments. You can upgrade all the weaponry and body armor on guards, do lockdowns and mass searches, employ snipers and K9 units, set up CCTV and remote lockdowns, even bring in armed guards and SWAT teams who shoot on sight. If you want to be the cruelest CEO over the prison system that this fake world has even seen, you can be! Of course, the morale will be affected on the prisoners, who aren't afraid to kill and start riots to get changes made.

The game is really fascinating, even though you're hammered over the head with how poorly people are treated. You're given full rap sheets with a history of all the prisoners, so you can decide how best to help or punish them, so really your moral compass is what ends up deciding a lot of these fates. The only lacking feature to the game would be a bigger story mode. I totally enjoyed what was given to me, but I felt like it could have used more depth, and offered greater challenges than just running through some of the motions. Don't get me wrong, I was totally able to reform some of these places and make them new again, but I just wanted something a little longer story-wise than going right into the simulator mode after it was done.  Overall, it's a badass indie game that is totally worth the $30, if you're into simulations.

Now some of you may be reading this and think the subject matter is super controversial. But the biggest takeaway from the game isn't just running a prison and seeing how it affects your inmates; it's the opportunity to choose which way you handle things as a both a gamer and a person. I, as a writer/journalist/reviewer/cool dude with a platform, totally acknowledge that the premise is kinda fucked-up, and the comments section below may remind me of that multiple times. However, at least in this game, I'm given a choice of how to conduct myself. Every Call Of Duty game I've ever played puts me in a former war, or possible future scenario, where I am shooting a bunch of "bad people." We don't question it, because we are given a premise of being good guys taking out bad guys, but realistically—even though I'm shooting a bunch of Nazis and extremists—I'm still shooting hundreds of men to earn an achievement. Same with racing games that are essentially encouraging you to break multiple laws, and even run your opponent off the road.

Compared to other games currently on the market that are still getting heavy play online, this one is actually pretty tame. I'm given the option of learning how to rehabilitate and treat the men in the prison with some kind of compassion and dignity (while learning a few lessons about giving people chances), rather than just tossing them into solitary with shit for meals and waiting for them to serve their time as they make license plates. That's a far more intriguing and challenging option for a gamer who has constantly been given titles over the past decade where most of my enemies have Middle Eastern accents, and I get a trophy for killing thousands. It isn't going to be everyone's taste, and it may be a sensitive subject for those who have gone through the system themselves, but I'll take this over diving into black and grey Germany over and over again.