The Pipeline: The Shining Series Hits Steam With Battle Arena

August 01, 2016
comment
The Shining series has been running for 25 years, ever since Shining in the Darkness came to the Sega Mega Drive in 1991. In that time, they have produced 35 games—some memorable for their design and gameplay, but  a lot of them have been disposable after a year because a new one comes out. The fan-base for this series is pretty rabid, too, as they've scoured the globe for Japanese-release-only versions and created ports with full translations. The latest addition to the series from Studio Saizensen comes to us in the form of a fighting game called Blade Arcus From Shining: Battle Arena, which made it's way to Steam on July 28. 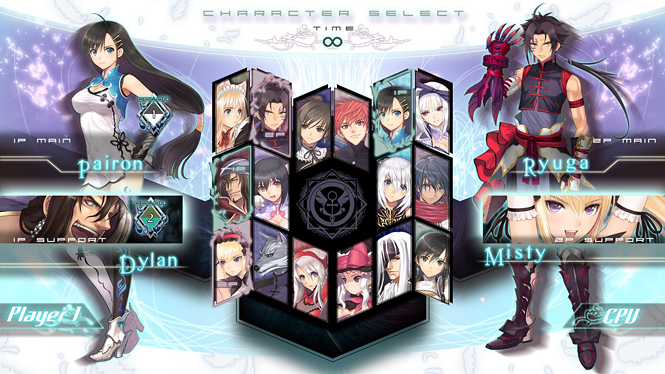 This game brings together 16 fighters from two different titles in the series: Shining Blade and Shining Hearts. Much like Tekken or SoulCaliber storylines, every character has their own story that intertwines with other characters, with the difference that there's no one single character who's the focus of the story. Everyone has their own tale to tell in this world of magic, swordsmanship and honor, but there isn't much of a central storyline where everyone is gunning for the same prize. Some characters are focused on a particular object, others kind of fall into it by happenstance, and ultimately your decision of who to play gives you a different outcome every time.

The gameplay in Battle Arena is pretty straightforward for a fighter title: You're playing with two characters a la Capcom vs. Marvel style, with a primary fighter for the story and a secondary fighter as your backup. For the initial gameplay, I chose Dylan (a feisty pirate) and Fenrir (a talking wolf with Wolverine-like claws), which worked out pretty well. When you go into battle, you start with your primary, then after each victory or loss, you can choose to stay with them or go with your secondary. However, the choice is final for each round, as your support character can only come in for single attacks when your Support Bar fills up, and you're unable to change characters mid-battle. This can be a tactical advantage if you're great with one character, or it can become a hindrance if you suddenly find out one of your characters sucks against one particular foe. Every character comes with their own combinations and specialty hits, so there's a good chance you can overcome any one-sided battle with the right set of moves. As you progress through the story, you interact with characters in an RPG-like story that will eventually lead you to the ending.

The first problem I had was with the difficulty, but not in the way you might think. "Normal" was way too easy to beat, as I found that my opponents didn't do anything except pose and maybe kick me a few times. I often found them backing away to the edge of the map, where I spammed the hell out of them with combos and didn't lose a single fight, not even against the final boss. I ended up having to crank the difficulty up to "Very Hard" in order to have a real challenge. And when I did beat them, the endings were somewhat lackluster. Dylan's ending just had me sailing off to a new adventure with a couple of people I picked up from the game, who were somehow eager to please their new captain while also being worried if they'd meet women. And it wasn't even a video; I just stared at a picture of Dylan laughing on a boat with a bunch of awkward dialogue below him. It was borderline boring, with the only caveat of it being so out of place and weird to end with, making it somewhat entertaining in a humorous way. 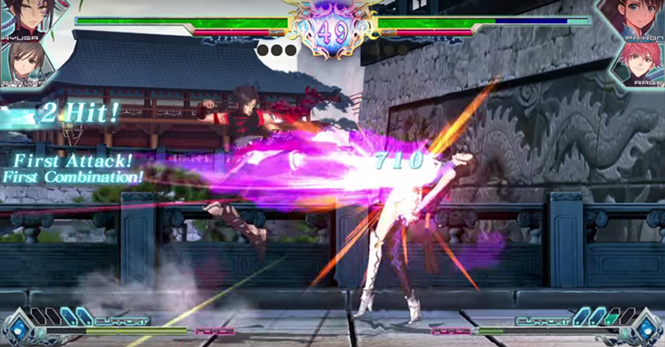 The look and feel of the game are pretty cool—the backgrounds  are well-designed, and gave you some kind of depth that doesn't make you feel like you're just on a single plain of existence with randomness behind you. The color schemes for the characters and their moves flow quite well and pop on the screen. And while the personalities of these characters (or even some of their names) may not be well-defined, their look and maneuvers certainly are.  Going against some people is a true test of endurance when the difficulty is cranked up, and you'll often see people performing crazy maneuvers they normally wouldn't, which makes you instantly want to learn how to do it too.

While the story lacks and the online multiplayer isn't what it should be right now, I got more enjoyment out of the game playing against someone in person. The game has no English translation beyond the text boxes in the story, so you're basically playing a ridiculous fighting game with characters you can't understand and motives that make zero sense. In other words, its an awesome title to get drunk over and play as you make fun of the wackier junk sprinkled throughout. This isn't a serious fighting game in any sense, so if you're not into the genre, this is an easy one to pass up. But if you're addicted to fighting games and enjoy shenanigans with your friends, this is your go-to title on a night when you want something funny.