Accepting the challenge and failing miserably in this action indie game

August 07, 2016
comment
Lovely Planet is one of the strangest yet most lovable titles to come from tinyBuild. Released two years ago, the polygon-filled platformer cast you as an adventurer going through 3D worlds, destroying monsters in an FPS format across hundreds of levels and various worlds. Part of the appeal to gamers was the look, which was simplified and, to the average viewer, looked incomplete and broken, yet was actually part of the charm that hooked people and turned the game into a massive indie hit. The game barely made its way to major consoles earlier this year, but in the meantime,  QuickTequila was hard at work on the next game in the series: Lovely Planet Arcade, released on July 22.

Utilizing the same platform as the previous game, the Arcade version adds the twist of having you compete in timed trials. Armed with your trusty cylinder that you can only imagine is a shotgun, you're given short areas to navigate through to destroy your enemies and make your way to the goal. You're timed as you go, and are given 1-3 stars depending on your quickness and efficiency. You must kill all then enemies in one round without dying, or it's back to the start to try again. You find your standard array of enemies that look like snowmen with pointy hats, armed with square cubes for bullets and red dodgeballs as large projectiles. A lot of this reminds me of NES Remix, taking something familiar and putting the added challenge of time and perfection into the mix. 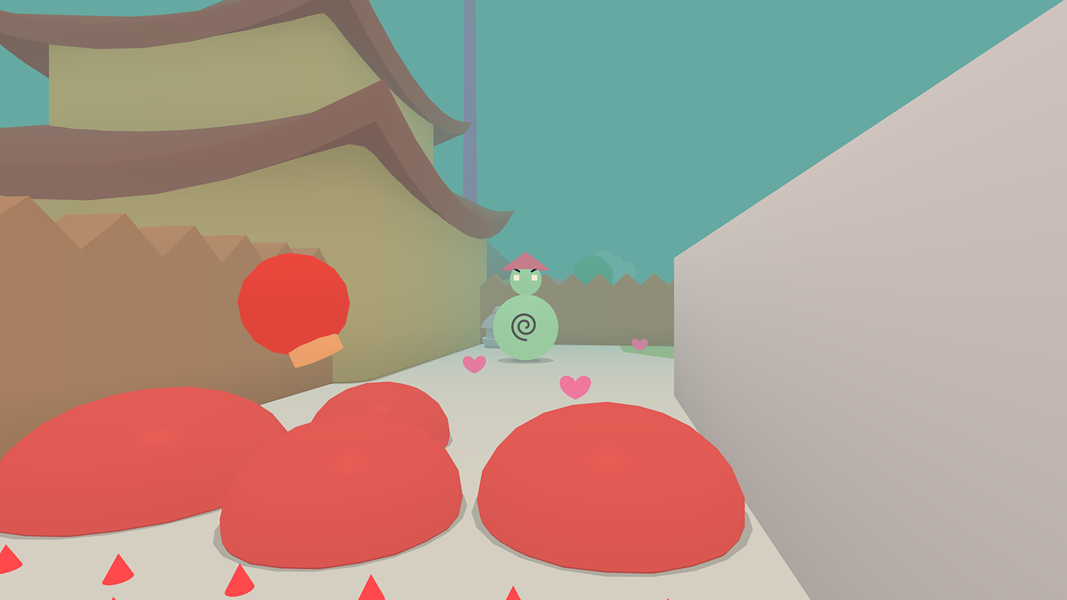 On the surface, this may seem like a breeze to inexperienced players and casual fans, but trust me, the game is relentless. If you don't get the level perfect—and I'm talking flawlessly Matrix-style perfection—you're only rewarded one or two stars for your performance. You'll have to combine your forces of speed, and memorization to nail every level for a perfect  g.  Sure, you could move on and try to accomplish other things in bigger levels, but the difficulty only climbs and makes for your character much harder. The best way to go around it is through it by improving your early on, so that later levels don't become an overbearing uphill climb.

There are two unsung elements to the game—the first being the soundtrack, bubbly and jovial as you pace your way around every curb. The setting may be intense, but the vibe isn't, which is what makes losing or falling short not as horrible as you may think. A loss isn't a loss, an accomplishment with music that might as well have the lyrics "You did your best and that's okay, now let's give it another go right away." The other is the graphics—which may sound surprising' considering the look and feel of the levels, but everything is designed with a purpose. The entire game flows well, little to no , all because things were kept on a minimalist level. So you get a smooth shooter that leaves zero room for bad clipping or missed shots, which means if you're badass at the game, you'll sail through the levels. And if you suck ... you just suck, and need to get better.

This is an amazing all-ages FPS that doesn't require backstory or fancy tie-ins to create a challenge worth playing. Hardcore shooters shouldn't shy away or think this to be ridiculous; it will test your skills and make you question how good you truly are. For the MLG-type players, think of this as a shooting range set up in the Care Bears' backyard. There's nothing major on the line, and no one is going to judge you if you fail, but personal glory is something a lot of players crave, and this is a fun way to satisfy that fix.