The Pipeline: Frustration Has A New Name, It's Called N++ | Buzz Blog

The Pipeline: Frustration Has A New Name, It's Called N++

A review filled with nerve-racking failure and clinched teeth.

August 30, 2016
comment
It isn't often that I find a game that makes me want to slam my controller to the floor in a fury of anger and misery—especially since these, days a controller runs you $40 for the brand name, and between $25-70 for an off-brand that may or may not do what you need it to. But occasionally I'm reminded that there are games out there that almost seem designed to piss you off. Though I doubt that was the intention of Metanet Software Inc. when they released their latest action platformer N++ back on August 25, you'd never know it from actually playing it. What I do know is that I had to check my blood pressure after—and that isn't a great sign for anyone under the age of 45. 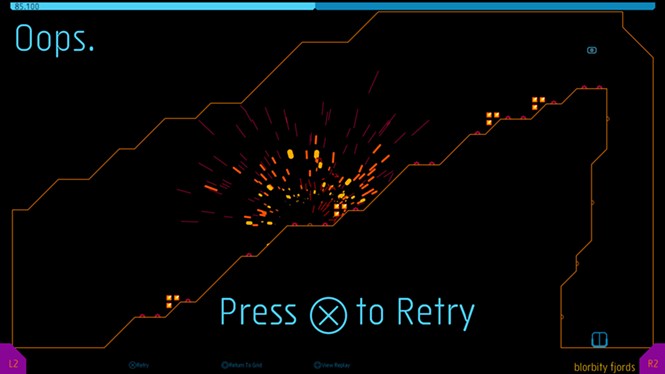 Beyond the introductory description, there's no real story to the game. Simply put: You're a ninja in a minimalist world who spends his days speeding through obstacles and  escaping hordes of homicidal enemy robots that may or may not have a passion for killing you. Along the way, you collect gold and avoid blowing up, in a sci-fi world filled with escape hatches.

There are dozens of versions of this kind of game online—the most popular you may recognize would be Give Up—where you basically have to run a gauntlet of challenges or die, always with the option of continuing or quitting with no score or penalty for dying other than re-starting. You have the option of going in with a controller or playing by keyboard; I recommend controller if you'd like to keep any form of sanity, since the key controls aren't the greatest to manage. If that's all you've got to work with, I wish you immense luck, and recommend two glasses of wine before you start to take the edge off. 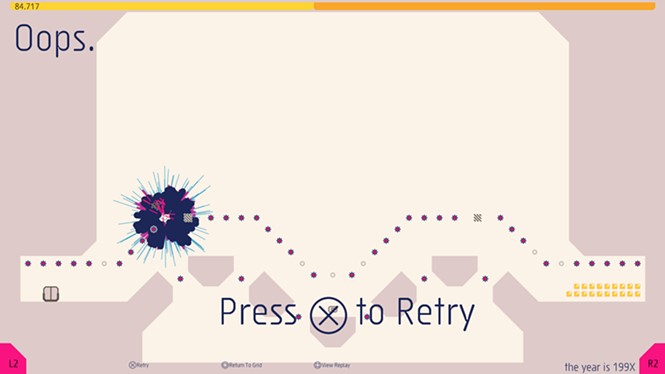 Now don't get me wrong: As a game, it's sound. The gameplay is smooth, fine and precise when it comes to what you do and where you land. In no way, shape or form can I knock the design of this game, because it is exactly what you expect it to be, without flaws.

What I can knock is the result, which even by my threshold of virtual suffering is still a pain in the ass. You will die, frequently, even in training, because it will take time  for you to get used to the physics of your player and what you're able to do with nothing more than angling and a double jump. 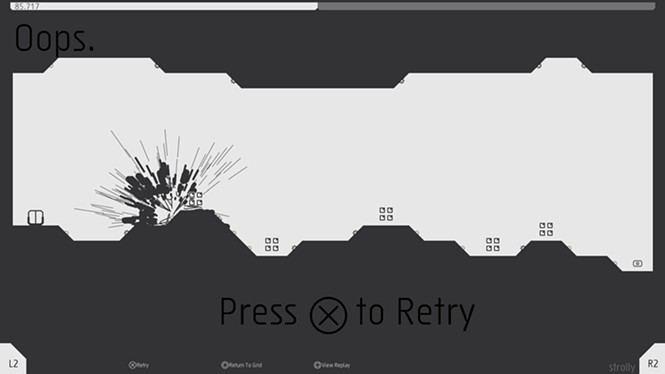 Now when I die as a gamer, it's expected. No one, I don't care how MLG-pro 7331 anyone claims to be, is an expert at a game they've never touched right off the bat. But after a couple rounds of practice, you expect to catch up with the learning curve for everything you may encounter. In N++, you'll find yourself dying over the same stupid obstacle over and over, until you start to question reality. The game is extremely unforgiving over the slightest mistake, and forget about any progress you may have made in the brief instant you entered the room. When you die, you start over, with nothing earned. There's also a timer running at the top of the screen—as you collect gold there's time added to it, but as you die or progress without collecting anything, the time ticks away. So not only are you trying not to screw up, you're doing it against a gold-hungry clock. Take a wild guess what happens when the time runs out. 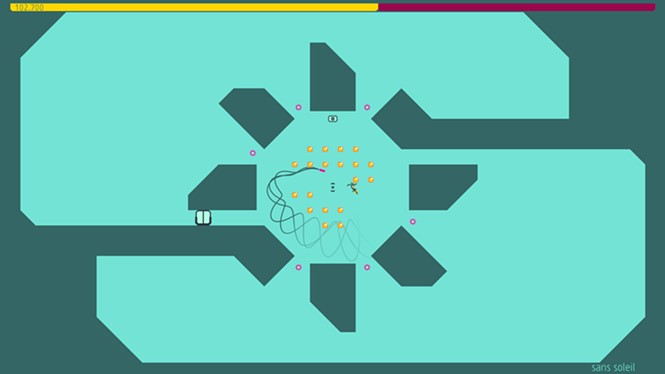 Aside from the cool wavy music to guide you through everything, one of the perks to the game is the ability to build your own levels. So after you've tortured yourself or your friends in the co-op system, you can jump in and create your own versions of hell for people to jump around in. You can load your levels up to the grand display room and see how your courses measure up to other players', almost like Mario Maker. There's also a race option where you can play other people's levels and try to achieve a top time. So if the solo action of the game itself pisses you off to no end, there's a great opportunity for players to find a competitive edge in taking on all comers and showing how skilled they are either in the building phase or in the conquering phase. 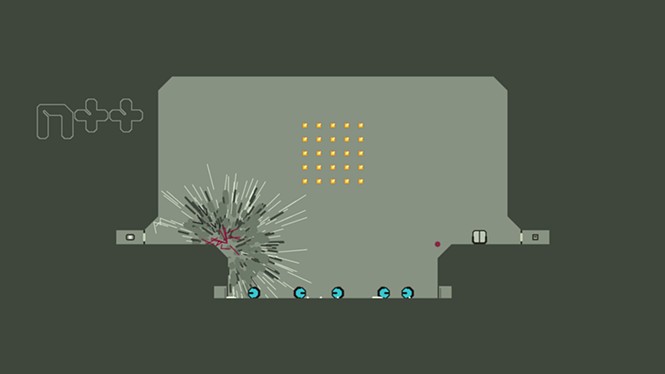 Even with all my personal disdain toward the game after frequent deaths and challenges from other competitors, N++ has a few cool things going for it and will most likely be a favorite the Let's Play community. (Tell me you wouldn't enjoy watching Markiplier or PewDiePie freak out over dying all the time.) But with that said, it's also a game that will ultimately aggravate many players to the point of rage-quitting, and it doesn't help having a menu that keeps asking you if you're sure you want to quit, just to rub it in on the way out. It'll be most interesting to see how the creative side of the players take the game's design and make it their own. If you're into speed-running or level-building, this is probably your game.