Ten years of killing zombies in the most convoluted ways possible.

September 15, 2016
comment
Way back in late summer of 2006, while people were in the midst of freaking out about the PS3 (and to a lesser extent, the Wii), a large contingent of gamers was still having fun on the Xbox 360. Yeah, things weren't exactly perfect from the get-go—the launch titles were hit-and-miss, and the conversion of multiplayer gaming from the original system to the new one was a pain in the ass—but we were basically hitting a new frontier of The Console Wars, and problems were expected on every front. Call Of Duty 2, Quake 4 and Perfect Dark Zero were all fine examples of what the 360 could do at the time, but no game really pushed the system's limits until Capcom brought Dead Rising.

On Sept. 13, to mark the 10th anniversary of the game, Capcom released the Dead Rising Triple Pack, which contains the first two games and the Off The Record expansion in HD for PS4, Xbox and Steam. But in a culture where zombie gore is commonplace and has a prime-time slot, few forget what an impact the game had at the time. 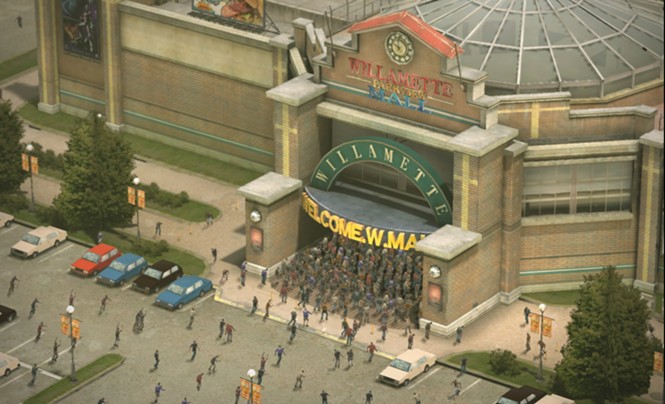 The big buzz about Dead Rising at the time, other than that it was like playing Dawn Of The Dead, was that it was the first game to cause widespread Red Ring Of Death to most systems. It was such a problem that it was even addressed on G4's Attack Of The Show for people who needed help getting their system replaced. To an average gamer, that may have sounded like something to stay away from, but to diehards that a sign of greatness, because it meant there was a game out there so immersive and massive, it broke the console it was designed for.

At the time, this was the open-world game that set the standard for all that followed. It was a blessing and a curse in disguise, as the game allowed you to go anywhere and do anything beyond the storyline set before you, meaning if you truly wanted to just go around and kill zombies and find new weapons, you totally could. But in the process, you threw away a good chunk of the game, as you'd be reminded that "The Truth Has Vanished Into Darkness" as soon as you miss a pivotal story point. And when you do play the game normally, there's just so much to do and so many side missions to accomplish in a short time span, there's almost no way you can do everything and save everyone. 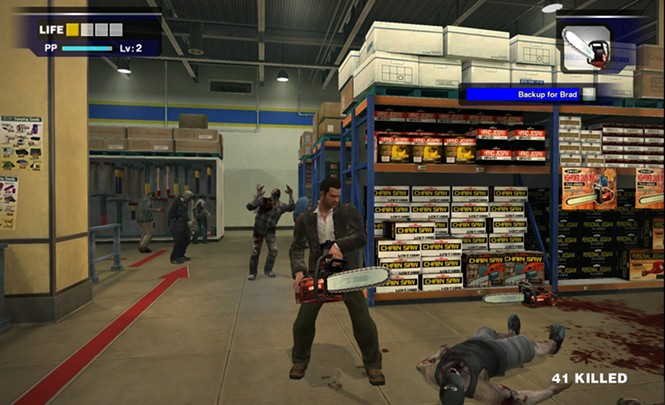 If you're like me, you didn't care too much about lead character Frank West, his photography skills or the story to begin with. All you wanted to do was see what the game had to offer the first time around. (Besides, who really likes playing on a 72-hour timer anyway?) My longtime friend Tony had figured out the perfect route through the underground parking structure where you could mow down hundreds of zombies with three cars before they completely died on you, leveling his character up to the maximum amount and scoring the achievement where you killed 53,594 zombies and earned the Mega Buster gun (Mega Man's primary weapon, Capcom). We eventually made our way to doing the story, and exploring every option we could to unlock all the multiple endings, but the real joy we had was finding new objects to plow our way through the never ending supply of undead standing in the way. 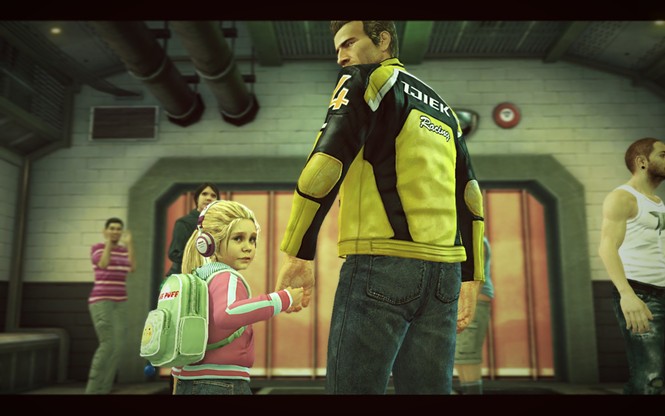 When Dead Rising 2 was finally unleashed in 2010, it was awesome to have the ability to mix and match weapons using a crafting table, and a multiplayer element added to the mix. But in many ways, the game didn't grow beyond what it had accomplished before. By now the series had been eclipsed by dozens of titles that took what they learned from the first game and built on it, while the sequel essentially added more bells and whistles to an already-established formula. The story itself became a little more complex, as you played as motocross racer (and massive zombie-killer) Chuck Greene, trying to solve the mystery of a zombie breakout in another mall-like city and protect your daughter (who was bit years ago, and you're now medicating so she doesn't turn into one herself). The story becomes far more convoluted than the original ever could have imagined, yet it feels like it's missing some kind of emotional tie that the first one had when you were first exposed to it. That's not to say Dead Rising 2 was a flop; it definitely caught the attention of gamers who were hoping to get a sequel. It just didn't feel like the sequel we were hoping for.

A year later, Dead Rising 2: Off the Record offered a slightly better experience. Frank West returned, replacing Greene as the main character, trying to resurrect his career in new and inventive ways. It's very much a parallel universe kind of experience, where you're dealing with many of the same characters and experiences (minus a few pieces here and there), but ultimately you're still headed down the same path as before. If you played this game immediately after playing Dead Rising 2, chances are you were a tad pissed you threw away $60 on what was essentially the same game as before. But playing it years after the fact put a little more shine on the apple, and offered an appreciation for what they were trying to convey. 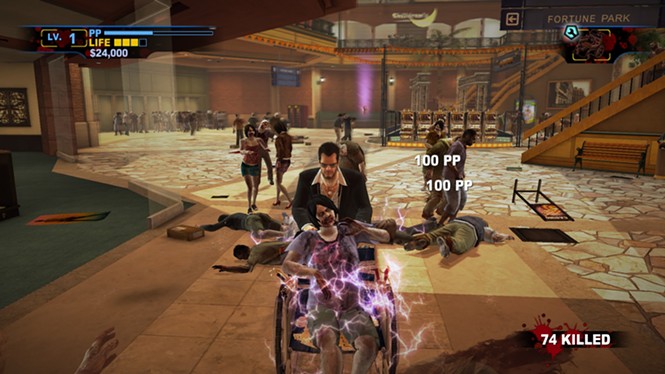 This triple-pack release brings out all the fun and gore of those three games to life in glorious HD. A lot of things have been cleaned up, and after playing each one for a few hours, I noticed that they all feel a lot less buggy than before. You can tell that Capcom went out of their way to give fans of the series something better than they previously experienced. And while everything about this package feels like a genuine representation of the series, it's not complete. Aside from DR2 missing the Case West and Case Zero additions that were made for download, the most glaring omission from this set is Dead Rising 3.  Sure, it only came out nearly three years ago as an Xbox One launch title, but that's still a core element to the series that isn't being included, and rightfully deserves to be. Who cares if you can't call it the Triple Pack anymore? Call it the Body Bag or Weapons Locker. or whatever marketing term you can think of, just complete the set before Dead Rising 4 is released in December.

Ultimately, if you're a fan of the series, this is a must-buy, especially if you're a PS4 owner. I'm not taking anything away from the Steam or XB1 versions, but to finally see these games given a proper treatment on a current Sony system all cleaned up and fixed up in the right places, it just feels like a long time coming. That isn't to say that it isn't still filled with all the weird storylines and exploits you need to go through to achieve your goal, nor is it void of zombies looking to make your life miserable. It's just a  change of pace from what it once was on the other systems. But do yourself a favor, and play it in the dark.