The Pipeline: Cardboard Fantasies Come To Life In Book of Demons | Buzz Blog

The Pipeline: Cardboard Fantasies Come To Life In Book of Demons

Flipping through the pages of this action RPG.

November 11, 2016
comment
It's always nice to have a game that can make the play-through memorable just by the visuals alone. While we have the tech to make everything look realistic or super animated, there's a lot to be said for taking a solid title and giving it a style that, even watered down, makes for a great experience. Which is why I was extremely happy to be given the chance to play an early access version of the latest from Thing Trunk, the adventure RPG game Book Of Demons. 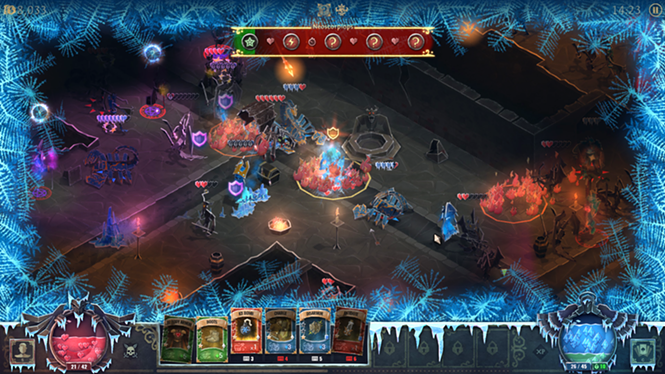 Book Of Demons starts you off in the position of a wandering warrior who has returned home, but not everything is as it was when you left. You come to discover that a cult has started working magic to bring about an evil terror from down below. Now with your home in peril, the townsfolk scared, evil crawling everywhere and a creature that needs defeating, you venture forth to put and end to the suffering and make the town right again. At the start, you can choose what kind of character you'd like and how they look, but because it's early access, you're stuck with just being a warrior for now. You'll be given special cards that define powers and abilities to be utilized throughout the game.

The gameplay seems complicated on paper, but a lot of it is automatic. The first part is the town, where you'll meet new people to inform you of the story and assist you in various areas: the barmaid, the the fortune teller, etc. The second part is the dungeon itself, which feels a lot like the Diablo series, in the sense that you're continually traveling down level after level of enemies until you meet massive bosses. There's even one here that resembles The Butcher from Diablo II, but we're sure that's just paying homage. Using a diagonal grid system, you'll follow a path and clear out enemies, collecting gold and treasures along the way. As you progress further down, the enemies get harder, and become an increasing pain in the ass to deal with. However, each time you level up, one of their hit markers goes away, which adds a nice balance of combat to the game. One of the drawbacks to Book Of Demons is the constant need to keep going back to town for provisions or upgrades. A lot of the system of leveling up, accepting challenges, adding new cards and other menu items that can be handled in combat. But new information and buying new materials needs to be done above-ground, so you find yourself constantly going back to town every couple of levels to buy something or get new intel. I get that they're adding a slice of realism, and that a warrior can't just call the town telepathically to get what he needs, but it's an annoying element that just adds time to what is normally a smooth-flowing game. If I had my druthers, I'd grind through the dungeons and get everything I need prior to combat, but that's the only real annoyance I had to deal with.

Visually the game knocks it out of the park. The story is presented as an actual pop-up book, with the town and characters acting as giant set pieces and foldable objects. It gives the book a sense of child-like wonder, while still being artistically stunning. The movement of the characters and their interactions sound like cardboard hitting cardboard, paper tearing and pages being turned, adding to the effects of the book while still giving off this vibe of playfulness. You might as well be reading a book as a kid and then acting it out on the playground with friends, because that's the lens you're seeing everything through. That sense of magical wonder is a quality sorely lacking in modern gaming. 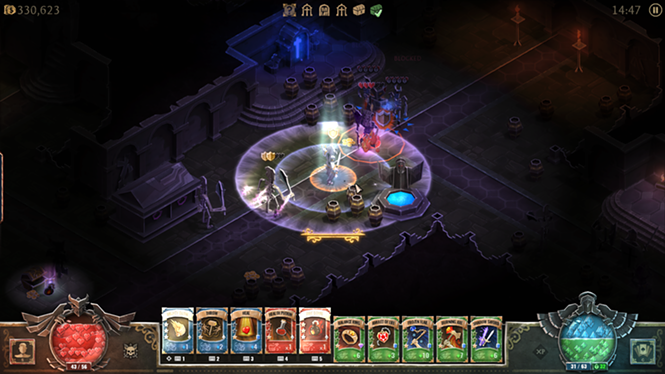 Overall, Book Of Demons is a solid game with some minor flaws that can be overlooked. The sad part is that the full version won't be coming out until early next year. If you love these types of RPGs, or you're looking for something quick that will tide the kids over for a while, this is definitely worth buying now in the early access version. I do realize there's a large contingency of players who would rather have the full experience, and can't enjoy a simplified version for a few months, but I think you're losing out on something cool that will tide you over between other major games.