November 15, 2016
comment
There's a special place in my heart for David Cronenberg, and it doesn't solely revolve around the Scanners meme of having a "head ." The filmmaker has a number of cult horror classics under his belt, including The Dead Zone, The Fly and Videodrome, to say nothing of influential and occasional pop-culture fight-inducing films like Naked Lunch or Crash. Whether you be a sci-fi lover or a fan of body horror, his impressive body of work offers something that a movie buff can love. 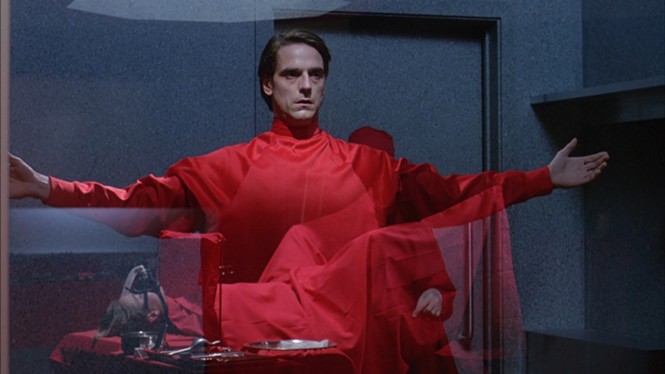 The week and next, Shout! Factory is releasing two hidden gems in his filmography that many may not be aware of, or haven't seen in some time: the 1977 horror film Rabid, and the 1988 body horror film Dead Ringers, both given the Collector's Edition treatment with cleaned up footage for B-ray. The first release out today (Nov. 15) is Dead Ringers, with Jeremy Irons giving one of his best villainous performances as twin gynecologists Beverly and Elliot Mantle. The two men share careers, an apartment, and also happen to be dating the same woman in one of the most bizarre mind-game plots you'll find in a suspense film. 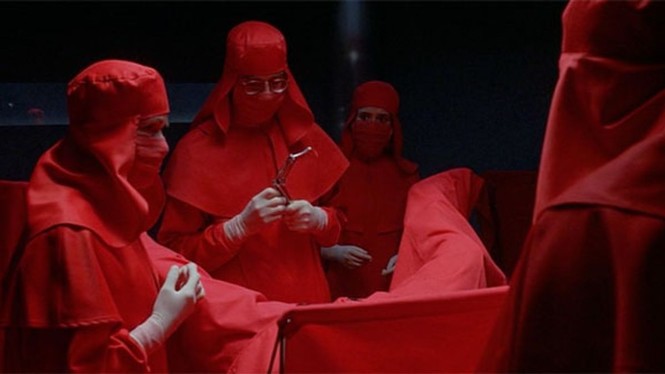 The film explores the duality of Irons' personalities given to each brother, as one slips into depression and madness while the other tries to rebuild their lives after some, shall we say, unfortunate procedures happen. The B-ray includes commentary from Irons over the film, as well as William Beard, who wrote the book The Artist As Monster: The Cinema of David Cronenberg.  But we're also given a different perspective of the film in physical and psychological nature, as a new 2K scan is included for a 1:66:1 aspect ratio, interviews with cast members and special effects crew, and interviews given at the time of release by Irons and Cronenberg. If this film is one of your favorites, then this release will be your definitive buy.

Rabid is the more gruesome and lesser-known of the two (being released on Nov. 22), as Cronenberg puts a new spin on the mythos of vampires. After a motorcycle accident leaves her broken and scared, Rose (Marilyn Chambers)  undergoes an experimental surgery to repair the damage. The surgery has an abnormal effect on her, causing a growth on her body and a thirst for blood. Worse yet, everyone she comes in contact with (and injures) soon becomes infected with an unknown disease and a similar thirst for blood. Rose sets off on a deadly journey, afflicting new victims with the disease and turning many in her path insane with bloodlust.

The film itself is a fine piece of body horror, with the victims lying somewhere between vampires and zombies, but without the usual traits of either creature, so you don't feel like you're watching a rerun of another popular genre. The creep factor is what sells the film, and that's always a good feeling when you're both freaked and intrigued about something never seen before. Much like Dead Ringers, Rabid is given the 2K revision, along with Cronenberg himself popping in for commentary. Some of the bonus additions that made this one worthwhile were the radio spots used in the U.S. and U.K. that hearken back to the grindhouse days, as well as a short documentary about Canadian horror that explores that differences our neighbors up north put on the genre, while the U.S. was in the middle of cranking out multiple horror films a year.

If you're a horror fan, both of these are a must-watch, but they clearly appeal to audiences on different ends of the scary spectrum. They're essential versions for Cronenberg fans, but do ask yourself, if you're a casual fan, which you prefer: gore, or psychological. When you answer that, you'll know which is best for you.