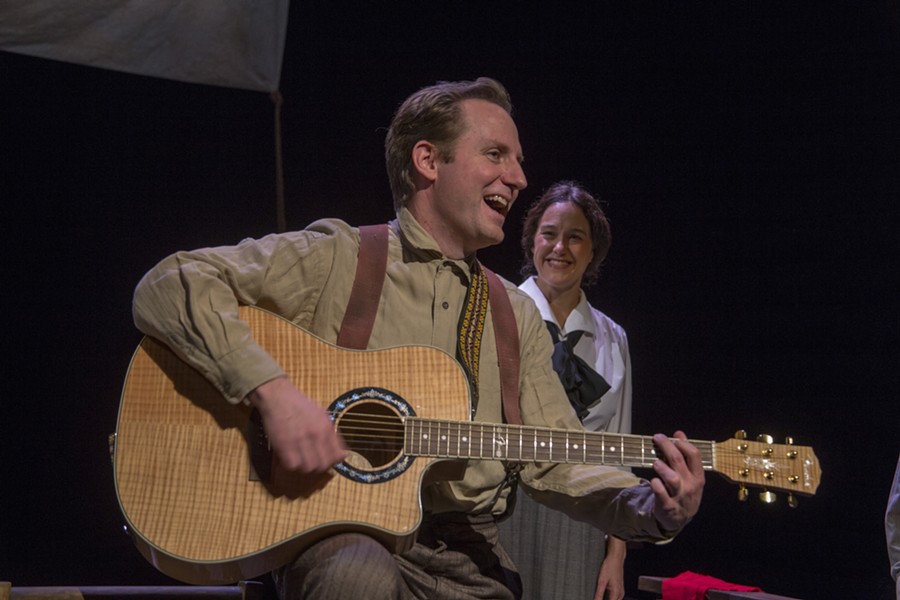 The legend of a good character can live on past their death through artistry and activism. Putting that story on stage makes it even more powerful. Such is the case with Joe Hill, a Swedish labor activist executed in Utah in the early 1900s for a crime he may or may not have committed.

One Big Union is meta-theater at its finest. Playwright Debora Threedy cleverly uses Hill’s (Roger Dunbar) original songs and a fantastic ensemble to explain Hill’s work with the Industrial Workers of the World (IWW). (Shhh, that’s a union.) While in Salt Lake City, Hill becomes the prime suspect in the murder of a grocer and his son—even though he’s innocent. However, Hill refuses to name someone—who, incidentally, shot him—even though they could provide an alibi. He doesn’t want to become a martyr, but, as it turns out, Hill was even more powerful after his death.

Given the current political climate, One Big Union’s tone is particularly relevant. Lines like “don’t mourn, organize” are profound. And it doesn’t hurt that the ensemble of Daniel Beecher, Carleton Bluford, April Fossen, Jay Perry and Tracie Merrill help make the story relatable and highly entertaining.

The word “union” may have a negative connotation to some, but Hill’s lasting legacy has had a huge impact on social issues from race relations to income equality—and, course, his clever musical compositions.