The Pipeline: Seeing Through Amber Colored Lenses With Gunnar Optiks

Can a single pair of glasses help my gamer's eyes?

November 23, 2016
comment
In all the years I've been a gamer—from my humble beginnings with the original NES and a hand-me-down ColecoVision—I've rarely given any thought or regard to my eyesight. Call it ignorance, call it failure of listening to parents, call it self-destruction—in all the years I was conquering lands in Final Fantasy or shooting down aliens in Halo, I wasn't all that preoccupied on whether I'd be able to keep seeing games down the road. Now in my early 30s, I can't deny that I'm dealing with minor visual problems that force me to take breaks from the screen after hours of playing and reviewing. But for people like me who spend a lot of time in front of monitors of multiple types, walking away for a bit sometimes isn't an option. Which is why I was stoked to get a pair of gamer glasses from Gunnar Optiks . 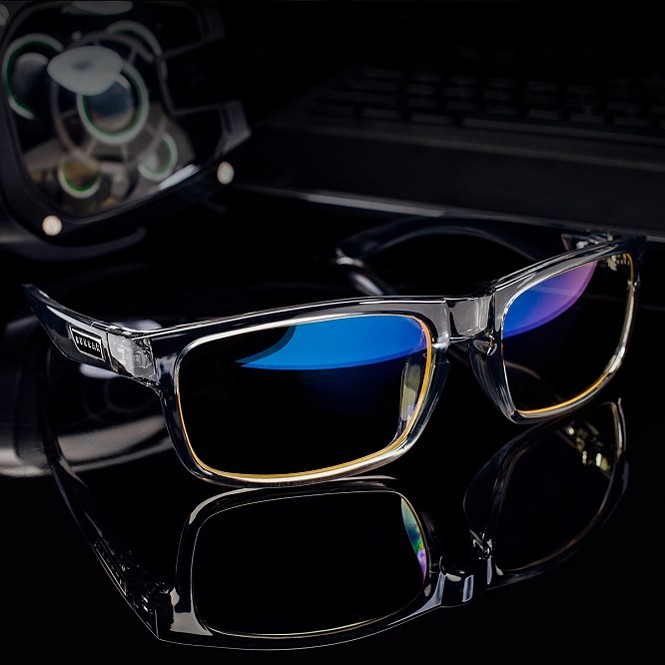 "Gunnar was originally created because one of our founders was suffering from what is now known as Computer Vision Syndrome, or Digital Eye Strain," said Gunnar's President, Scott Sorensen, in an email interview. "He saw the potential to help people and their eyes as we grew more and more attached to our digital devices. The glasses were originally designed for anyone who looked at a computer for more than two hours a day. They were quickly adopted by the video game world because of the countless committed hours by enthusiasts to their screens. Eight hour work days, and then three hours each night of gaming, puts a strain on eyes and sleep patterns."

Every pair of Gunnar glasses is designed to address all issues related to digital eye strain: ocular headaches, dry eyes, eye exhaustion, and of course damage caused by blue light, which is becoming an increasing problem for millennials using smartphones frequently. By nature, we're not designed to look at small screens for long periods of time, so the damage being done has become a new area of study in optics. Gunnar formulated and proprietary lens color and curve that according to Sorensen, "blocked the bad blue light while letting in the good blue light needed for good health and accurate sleep patterns."

The pair that I received from the company for this review called The Enigma. They came in onyx black with an amber tint to the lenses. Upon first using them, I could feel an immediate difference. My monitor and surroundings gave me the feeling of being outside as I worked and gamed. I spent a few long sessions with them on—one night working on my own writing and watching videos, another night playing an extra long session of Overwatch on the PS4, and a third night going through my Steam library to test out various games. While there were some instances of having color issues in games that required a clean palate for viewing, the majority of my gameplay experience went better than normal. I didn't feel the need to walk away to stare at something else while I waited. My eyes felt great.

I also had the bonus of a slight magnification in my pair, so that I could back away from the monitor an extra foot or so without any loss my field of vision. When I took the glasses out of the house, the response was pretty positive to the look of them, as the frames matches that of other fashion-trending shapes in current prescription glasses. The only missing element to this particular pair were adjustable nose pads, as after a few hours I could feel the weight finally getting to my nose. But I also know that those pads aren't for everyone, and some would feel even more pressure from them. Ultimately, the Enigma pair worked out great for me, and I intend to continue using them. 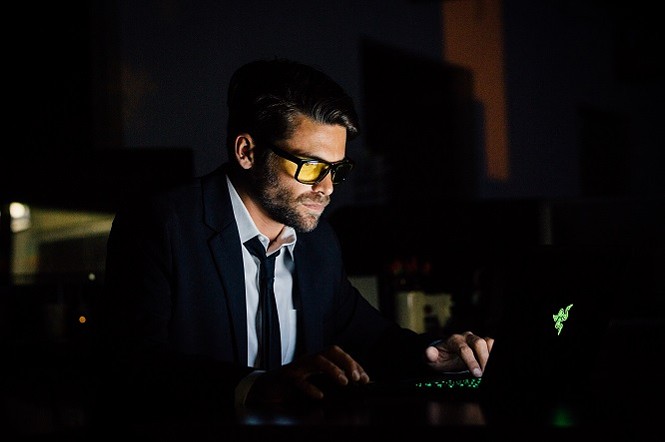 To back up the effects of the glasses, the Enigma pair recently got a lot of exposure from an unexpected gaming source: The Game Grumps. The popular YouTube channel partnered with Gunnar to sell a special version of Enigmas with their logo and branding on the side. The group put together a quick one-minute ad on YouTube featuring Barry Kramer and Ross O'Donovan to promote the partnership, and within six hours, every pair had been sold; the site even went down for a while because of the web traffic from the Grumps' audience. After their successful run, Gunnar has plans in the works to do more with Grumps crew, and are keeping their eyes peeled for more opportunities to work out sponsorships.

"We have been long time fans of the Game Grumps, and they were wearing Gunnar glasses to help their eyes with their countless hours of editing and animation," said Sorensen. "We saw it as a great opportunity to approach them about doing something special together. They were very receptive to the idea and the partnership was born. They are an amazing, creative group of people, so development with them was both fun and entertaining."

If you're looking for a good pair of gaming glasses while also looking to save some cash, the Enigma pair a fine option. Not too weighty, not too tinted, not too odd looking, they look like a normal pair of glasses compared to other gimmicky ones you'd find on the market. That said, they may not be the pair for everyone as, like every kind of eyewear on the market, one size does not fit all. So I highly recommend taking a look through Gunnar's catalog to see if there's something else that may just be better suited to you. As far as this pair goes, it's a damn fine choice for long sessions in front of any monitor.