A chat with the founder of the Spanish Fork based record label.

Last year we saw a rise in local labels across the Wasatch Front. That development made a lot of people in the music community hopeful, but many of those labels signed  bands who immediately dove into the studio. Now we're starting to see all of that new music on the verge of being released as we close out the year. One label that's going to be seeing some major activity soon is Sonic Valley Records, based out of Spanish Fork and primarily working with the Utah County music scene, with two albums due out within the next month. Today we're chatting with founder and owner Dave about starting the label and the method he's using in running the company for the musicians. (All pictures provided courtesy of Sonic Valley Records.)

Gavin: Hey Dave! First thing, tell us a little bit about yourself.

Dave: I’m a former thrash metal bassist who grew up a new-waver in Utah during the '80s. I was in a bunch of punk and new-wave influenced bands, and then headed to California for fortune and fame. I managed to have a very comfortable level of success as a signed artist, both as a songwriter and performer, but then decided that playing in a metal band in L.A. at the end of the '80s/early '90s was too hazardous to my health, so I returned to Utah to start a family. Since 1999, I have had a studio in one form or another, and have composed for indie films and have had placements in TV shows and video games. Along the way, I started working first with singer-songwriters and then bands in my studio, both recording and producing.

What first got you interested in music, and what were some of your favorite growing up?

Thankfully I had parents with good taste in music—the records they had as kids were always being played. The Beatles, Moody Blues, The Doors, Dylan, etc., so as a kid I was exposed to a lot of cool music. I bought my first album when I was 10, Bruce Springsteen's The Wild, The Innocent, & The Shuffle. I remember the guy at the store looking at me like there was something wrong with me, a 10-year-old buying a Springsteen album. I then saw Rush play on the Moving Pictures tour the next year, and was blown away. I knew my life would revolve around music after that show, so I focused in earnest on playing the guitar that I had gotten a couple of years earlier, along with playing various brass instruments in school and taking piano lessons. 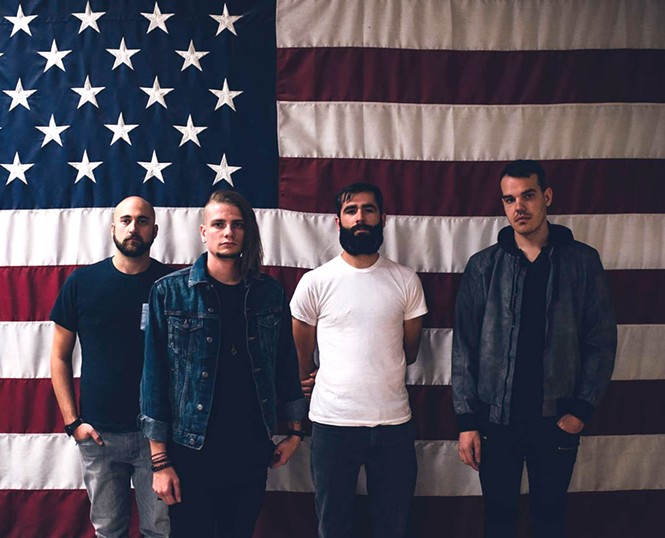 How did you end up learning about the production side of things?

Production came naturally to me at an early age. When I was about 12 or 13, I found an old four-track reel-to- reel tape player at a garage sale. I brought it home and started putting together a little recording studio that consisted of a Radio Shack four channel mixer, the reel-to-reel, my parent’s cassette deck and various cheap mics. I was able to come up with some cool music that was one part rock, and one part new-wave. I would overdub different guitar parts and have a friend come over to play bass and use a cheap Casio for some drum beats and weird sounds. I really wanted to be Thomas Dolby—a one man band—but it was so expensive back then, not like today where everyone can get a cheap interface, mic and software, and start recording. From there, I always had a hand in some type of recording project or band project, and picked up things here and there.

What led you to eventually get involved with the local music scene?

When I moved to Spanish Fork in 2002, Curt Gordon of Booth Brothers Music told me about a blues jam and open mic that he ran every Thursday night at the old Angelus Theater on Spanish Fork’s Main Street. I started going, and was absolutely blown away by the amount of talent I was hearing among the Utah County artists that were just showing up each week! I was eager to be as active as I could with these people. From blues to country, to rock and metal, to songwriters—I don’t think you could find better musicians. I started helping out running sound for many of the concerts and events Curt put on, which led to opportunities to participate in other venue’s events, like Muse’s Battle of the Bands, or Utah’s Got Talent a few years ago, as a judge.

When did the idea come about to start up your own label? Where did the name come from?

I have toyed with the idea for the past four or five years. Some of the bands I had recorded or produced had asked if I would start a label. But I didn’t want to be just another “Facebook label" that really didn’t do anything more than take money from a band and throw their songs up on CD Baby on behalf of the band. Too many people out there are just trying to take money from bands. A couple of years ago, I started talking to bands about their goals, where they struggled and what they wanted from a label. From the feedback, I realized that what artists needed was a development label—an entity that takes the raw talent of an artist and focuses it, refines it, invests in it and markets it. Sonic Valley Records is more concerned about developing talent and helping the little guy be successful than selling a million albums—although that is still a good thing, too! Most artists fare much better at writing and performing than they do at business development. I believe that artists today have more opportunity available and all the tools they need to be successful and make a living from playing music. But they need help to recognize and maximizing the opportunities, and to know the right way to use the tools at their disposal. So, I created the label and gave it a name that reflects the music scene along the Wasatch Front—it’s a sonic valley!

What was it like setting up shop and getting everything you needed to start a label?

In a word, stressful! Normally I am the type of person that wants all the T’s crossed and I’s dotted before doing any business, but with this, I just jumped in and started working with a couple of artists before everything was in place. It led to a lot of long nights into the wee hours of the morning. There’s still a few things that we need to nail down and that I would like to add into the mix, but for now, we have what we need in order to focus on the artists we are currently working with. 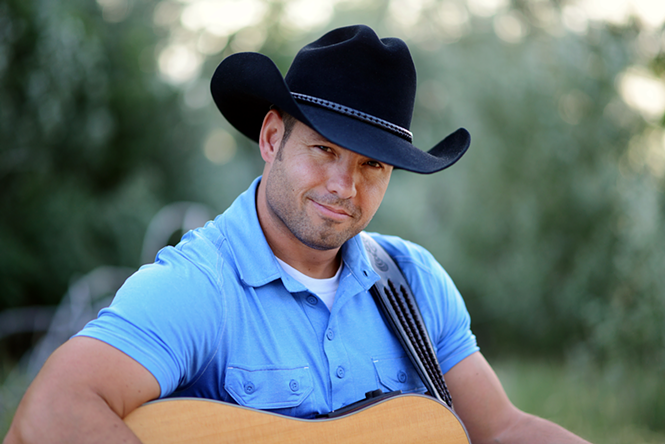 How do you go about finding artists and bands?

Word of mouth. Someone tells me about a band or songwriter I should check out. I’ll go see them play or have one of my guys check them out. If we like them we will start following them on their social media and see how well they are received by their fans, how many gigs they might be doing, and whether or not we could help develop them and market them. I attend a lot of shows and music related events.

What kind of service do you offer to your artists that other local labels don't?

I think the number one thing is an opportunity to develop. We’ve tried to create an infrastructure that could truly support a career development model. Our focus is on building the band or artist, which might take six months or six years. We also wanted any money distribution and rights ownership to be very favorable and weighted towards the artist—something that four out of five entertainment lawyers I met with couldn’t fathom. Few major labels (if any) and a few smaller labels offer development deals anymore. If an A&R rep didn’t feel like an artist could go gold—a half million copies sold—they would not even be looked at. Later next year, we will be rolling out a way to reward fans for their support—a gamification model, if you will—that we think will drive sales of music for the artists we bring on.

Who are some of the bands you currently have on board?

Since this is a new venture for me, we have carefully selected just a few artists that could grow with us this year. 2016’s Utah Music Award winner, Native/Tongue, an alternative band from Utah County; Pat Swenson, a country songwriter from Spanish Fork who’s received favorable feedback from Nashville; and DCWAVE which is a vanity project of mine that features and showcases the talents of singer/songwriter Allen McConnell; along with Honey Gehring from the band Geneva Conflict, and Kaden Hunsaker, an amazing guitarist fresh out of high school. We are also speaking to a couple of other bands to add to the roster in the next couple of months. We’ve had a lot of artists approach us, but the timing wasn’t right to bring them on board yet. I plan on keeping the roster smaller through next year, because I want to be able to work personally with each artist. This is very important to me, maintaining a personal involvement. Too often labels have one or two “stars” that get all the attention, and the other two dozen artists become orphans. As we grow, we will add to our A&R staff so that artists will get the personal attention they deserve.

Are you looking to keep the label local or will you branch out beyond Utah?

For right now, I want to keep things local to Utah because of the personal involvement. I am not opposed to working with artists from out of Utah. But I think there are so many excellent bands and songwriters in Utah that I could have my plate full for several years. 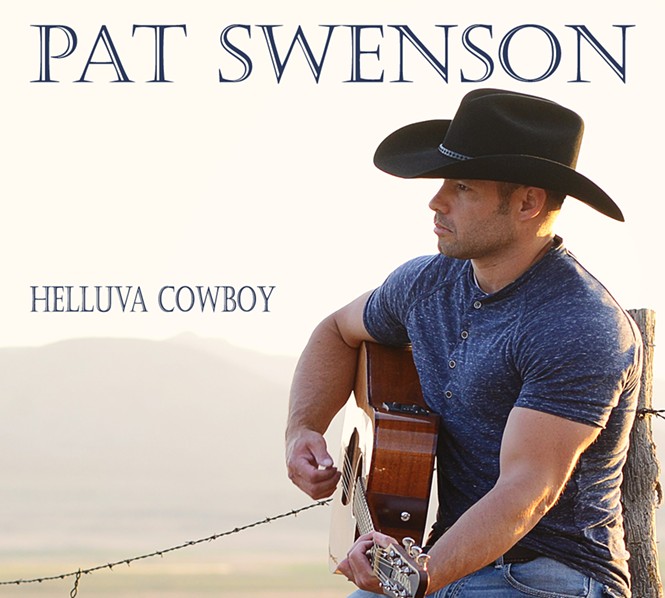 For those looking to be on Sonic Valley Records, what do they need to do?

We do accept submissions on our website. What we are typically looking for are artists that are stable, that perform well and sound good, and are interesting or fun to listen to. Being flexible and having a solid work ethic is very important. Too many artists want a full-time income from music, but aren’t willing to put in full-time work to get it. I also prefer to sign artists with finished material if possible. It means costs stay low, the artist keeps ownership of the music and both the artist and Sonic Valley Records can make a profit quicker. But if not, we have our own studio as well as working with Art City Sound in Springville.

What can we expect from you and Sonic Valley Records going into next year?

We have Native/Tongue’s and Pat Swenson’s full-length albums coming out. We will be starting on a sampler CD in early next year—which we invite artists to submit for; I want to put out an 801 Rocks CD that showcases the talent along the Wasatch Front and have those artists do some gigs together. From that compilation, we would like to add two or three bands to our roster and provide tour support. We are working on a unique fan engagement model that will reward fans for their support of our artists. It should be an exciting year. 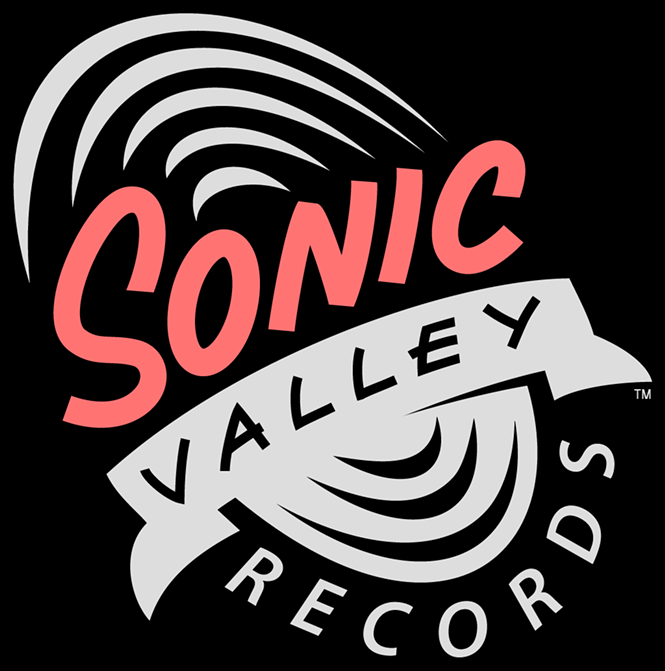