Our Home Too | Buzz Blog 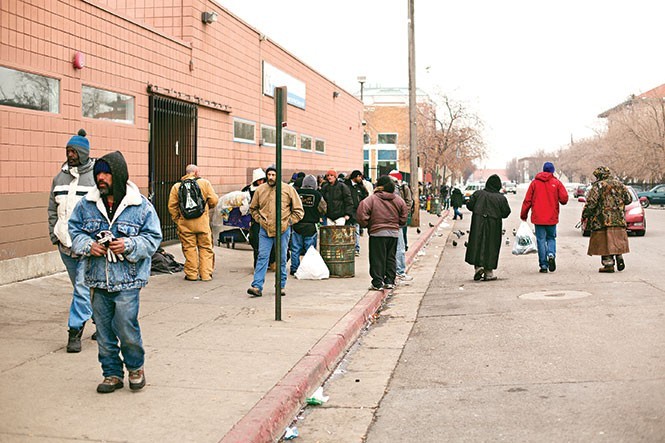 Not long after city officials unveiled the locations for new homeless service centers, neighborhoods—feeling blindsided and voiceless—wondered when those decisions were made.

In an effort to address homelessness, the city will construct four smaller shelters to decentralize Salt Lake City’s displaced  population. This proposal allows the city to cater to the needs of the homeless subpopulations, be it youths or single women, as two examples.


Currently, the Road Home on Rio Grande is the primary shelter and congregation area. That district is uniformly viewed as blighted and drug-riddled, though. Pioneer Park is often overrun. And the nearby Gateway Mall has vacancies galore.


As expected, many of those people at businesses or residences surrounding the newly announced spots are peeved. With that in mind, not all opponents are aiming their ire on the city’s vision but more specifically at the way officials rolled out their plan.


“There’s never, ever a process you go through with this kind of a change to an area that doesn’t have a public meeting, a planning commission meeting or city council meeting,” says Patrick Juhlin, co-owner of property at 666 W. 100 S.—about 50 feet from one of the proposed resource centers. His father uses half of the space as a small art studio.


“Homeless people are part of our community and society,” Juhlin says. “It’s not something we can ignore.”

People like Juhline empathize with the city, and the tough task before leaders who are trying to address problems associated with a dense homeless population. But exchanging ideas with those most likely to be affected would have been the courteous approach, Juhlin adds.


“At least show us some plans. Give us some confidence,” he says. Before an area is rezoned, typically officials will hold a stakeholders meeting. Juhlin wishes the city had hosted similar gatherings before rolling out its resource site plan.


Had the city pulled the public into the process, he says, he might have suggested a property swap. Or, he would have asked if the city had considered moving the location to property a block north to avoid some businesses on 100 West, such as the Metro Music Hall.


“There’s always a solution,” he says.


Earlier this week, Salt Lake City Mayor Jackie Biskupski asked that residents give the city time to prove the new system will work better than the status quo. The city has engaged in damage control on its website, as well. On it, the city argues that elected officials are in office to make those tough decisions, and announcing the sites after they’d been selected was a way to avoid public spats between neighborhoods.


Aware of the problems associated with the Rio Grande location, the city says the model at the Road Home is antiquated. Homeless folks leave in the morning and line up for a bed at night. The new facilities will include daytime services, so people won’t be forced to wander about in the day, and can instead, ideally, get help.


Residents can and likely will voice their frustration next month. The city is hosting two public workshops, one at 1 p.m. and 6 p.m. on Wednesday, Jan. 11 and another one on Wednesday, Jan. 18 at 6 p.m. inside the Public Safety Building at 475 S. 300 E., though these meetings will focus on design, services and monitoring, not location.