The Pipeline: Getting Lost In The Maize | Buzz Blog

The Pipeline: Getting Lost In The Maize

Searching for a new puzzler that will occupy my time.

December 19, 2016
comment
Exploration puzzle games have always fascinated me—and also been the bane of my existence as a gamer. It's really cool exploring a new place and figuring out the challenges within, but for most, there always comes one puzzle that confuses the hell out of you, and suddenly three hours later you've explored everything you can and still don't know what square-shaped object to put into the mysterious keyhole that will lead you to another set of puzzles. Get ready for much more of that with Maize from Finish Line Games (released Dec. 1). 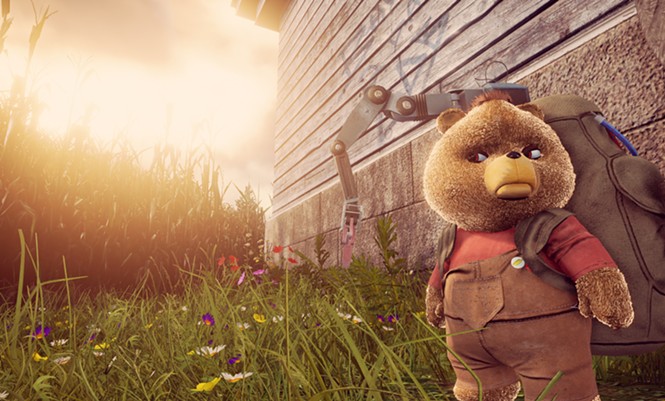 Maize puts you in the position of a faceless person making your way around a farm area that isn't what it seems. You quickly discover that, through some kind of experimentation, the corn seems to be alive. Now while that isn't the strangest thing you'll encounter, it definitely is the cornerstone for a lot of what you'll find throughout the game, as you attempt to determine what the hell happened here, and why you're in the center of it all. You'll make your way around solving puzzles and putting the pieces together of what appears to be a failed experiment, with hilarious results.

Beyond the simple WASD controls and using your mouse to look around, you'll have the ability to collect items in your inventory. One set is for use; the other set is for information-gathering. Many of the items you carry with you will end up being used in some fashion, but it may take you a moment to piece them together. For example, part of a puzzle involves acquiring a handprint to open a door. Lucky for you, you'll find a hand in the cornfield—but with a glove over it, and no way to get it off. Eventually, you'll discover you need to go into the house, plug up a sink, fill it with corn starch and throw the hand in to get the glove off. The information doesn't really do anything beyond provide exposition, but there are 75 different pieces of info that you'll have to collect as the game progresses.

Some of the best material in Maize is when you finally go underground and start seeing the erratic behavior between the two founders of the project, and Ted, each of them leaving passive-aggressive sticky notes about the other's poor decisions rather than talking. The game also picks up steam once you finally construct Vladdy, a Teddy Ruxpin-like doll with a Russian accent who will basically insult you and the actions you take for the rest of the game. The characters in this convoluted world of talking corn, foreign and insane founders make up a pretty good story to follow, and it's worth playing to see the final take on how everything came to be and where it's going next.

The downside to a lot of this is the frame-rate. I appreciate that I've got all this wonderfully rendered corn around me in a lovely setting, but often when I'm topside, the game slows down to a near screeching halt. I can see moments where the game is playing catch-up with my actions, and doesn't quite know what to do in a pinch, so it stalls. This is a relatively small game, and should be able to play well on most any system, so the entire venture became disconcerting when I was forced to go slower in order for the game to follow my decision-making. I have seen a couple Let's Play videos with the graphics running fine, so it is quite possible that newer PCs may not be having any issues. 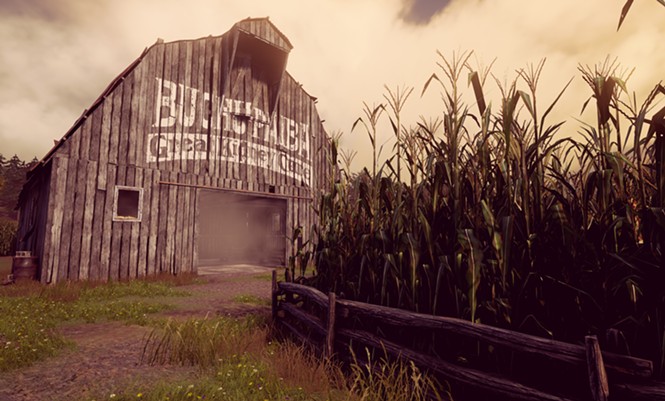 Maize is quite fun, but rather short. A competent player could probably finish the game off in a couple of hours, while those who may have a harder time with puzzle-solving are in for a day or two of gameplay as they'll get frustrated over a few things that make no sense right off the bat. There are a couple flaws with the design and graphics, but nothing that really holds the game back. This is a Maize worth getting lost in.