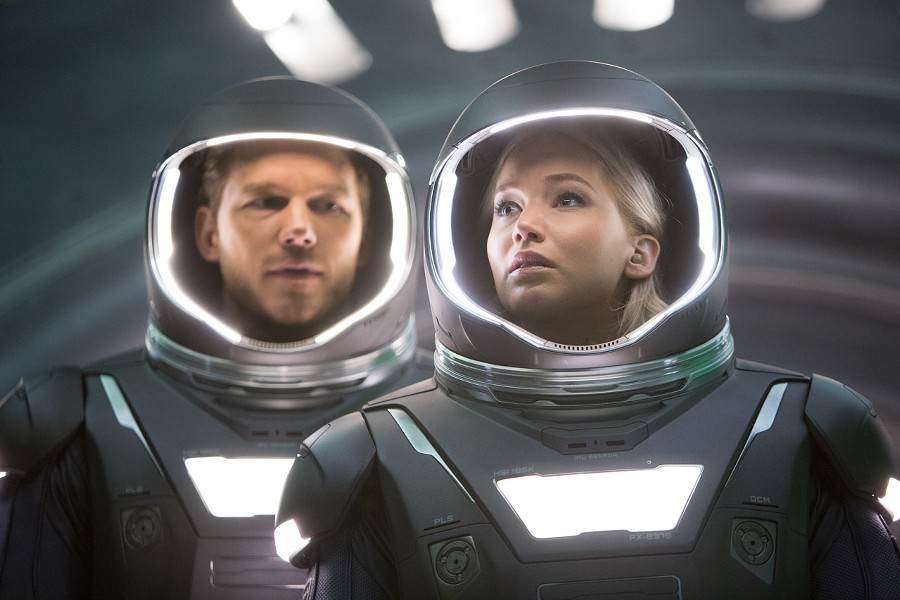 The science-fiction romance Passengers  (pictured) opens with a strong concept, before collapsing in a conclusion that's morally indefensible. The fact-based drama Lion (opening Christmas day) works in its opening focused on an orphaned Indian boy, then loses all momentum during its final hour. The broad comedy of Why Him? (opening Friday) is wildly uneven, but offers the singular experience of James Franco dialed up to 11.

MaryAnn Johanson loves the charms of Sing, an animated musical that feels like it might have been produced in Zootopia.

In this week's feature review, Jackie's story of the week after JFK's assassination has an interesting idea about turning people into icons, but hits that same idea over and over again.