The year is closing out, and with it, many bands are in the process of looking towards 2017 with the hopes of releasing a brand new EP or full-length album.  So, of course, they're looking over the dozens of studios we have in the state to see which one works best for them. Today, we look behind the doors of locally-owned Crooked Teeth Studios, currently operating in downtown SLC with access from any of the major rehearsal spaces in town. We chat with owner and musician Columbia Jones about his career and (All pictures provided courtesy of Crooked Teeth Studios.) 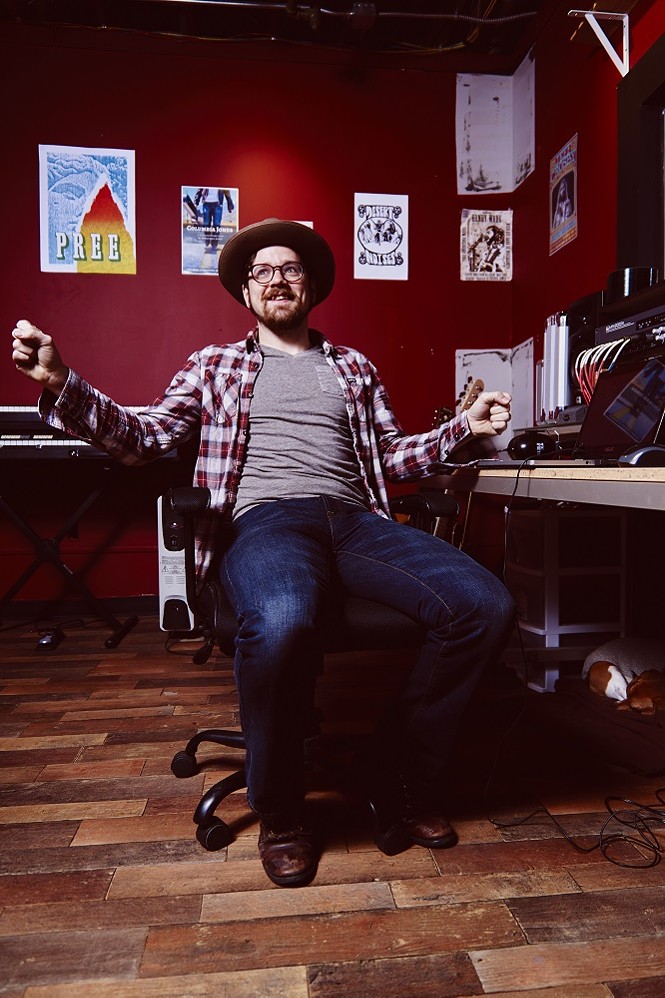 Gavin: Hey Columbia! First thing, tell us a bit about yourself.

I'm that weird kid you went to high school with who had, like, two friends and geeked out over Dream Theater. I never really wanted to get a real job growing up and, at this point, I'm kinda in pretty deep. Music has been the only thing I have ever been any good at, and I figured I might as well try and make a living doing it. 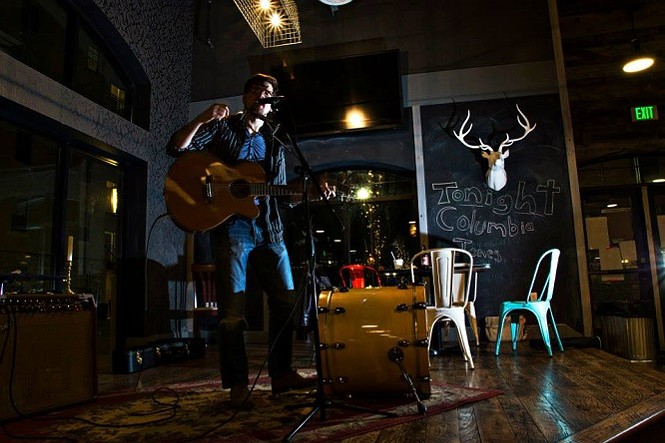 How did you first take an interest in music? Who did you enjoy listening to growing up?

I grew up playing Baritone/Euphonium, and got pretty good, but lost all that talent as soon as high school ended. Not much demand for that instrument. Also picked up drums when I was 14, and played in my little family band (that's embarrassing; we had one gig and wore tie-dyed shirts we made) and later guitar and piano. The first time music clicked for me was in high school listening to Dream Theater's Awake. I had been listening to terrible bands and just didn't understand what was missing. When I first heard that album, my mind was blown. From then on, music became a passion of mine.

What was it like breaking into the local music scene for you?

I wouldn't say I've "broken in." I've been in bands, one did some out state touring, and I have met a lot of the great musicians around here. I've been privileged to even be their Facebook friends (insert sarcastic wink)! I feel like people work so hard to "get noticed" and it's just a long, long process. As a producer, I just hope people respect me and my work. Hopefully, that also accompanies more clients. 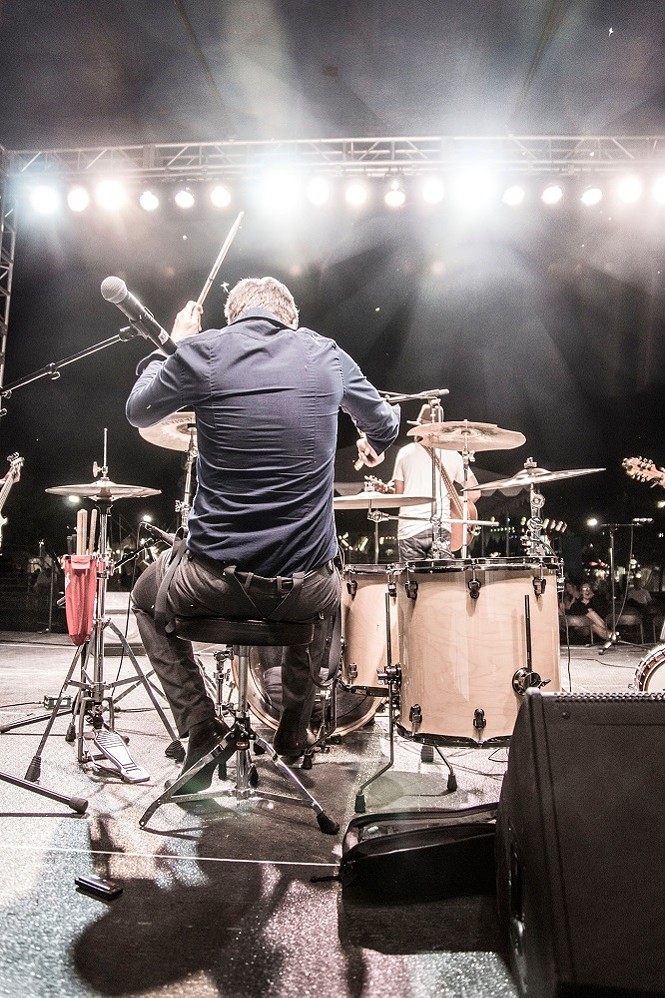 What are some of the projects you're currently involved with?

Currently, I am involved with alt/country artist Doug Lane. He's a super nice guy out of Provo who just loves playing music and writing songs. I've been having a blast with him, playing drums for him a few times and laying his tracks down. I also sponsored the Muse Battle of the Bands, and will soon be working with Lost in Bourbon, since they won. Real excited to put some tracks together for them. Super energetic rock band who brings the house down whenever they perform.

When did you start taking an interest in recording and production?

When I was young, I started recording just because I was bored. I didn't actually think I wanted to own a studio, because I figured it was too hard. I was right that it's incredibly hard but I just really started loving the concept of recording and sound while going to school about four years ago. The idea of placing a mic in a weird place to catch an odd sound became fascinating to me. Whenever I do a session, I love trying out new things, and that is what keeps my brain ticking. 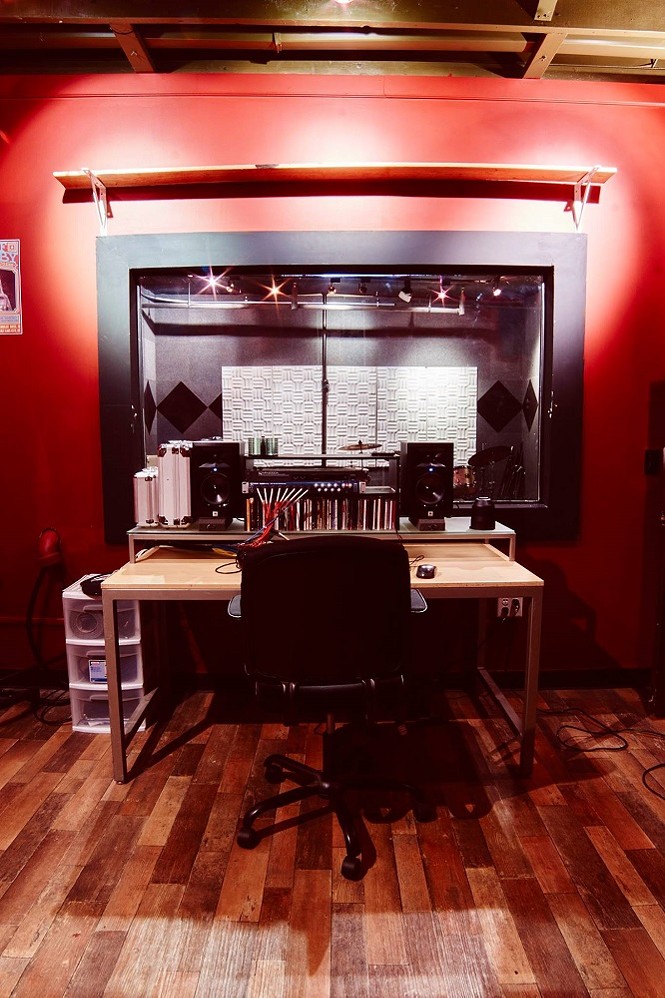 How did the idea come about to start your own studio? What made you choose Crooked Teeth as the name?

I wanted to create a studio to help local musicians, and I'm being serious. I know from experience that creating music is amazing and, as badly as you want to record it forever, it is super expensive. I decided I wanted to create a cheaper studio to make a little money, but also to get people their music. I know it's expensive for a lot of people, but I try to keep my rates low so anyone can get a quality recording. Crooked Teeth kind of came from the idea that I have crooked teeth, and It's kinda cheesy, but it's the concept that it's the imperfections in life, I think, that make life more interesting. I won't claim I have a first-rate studio, but I can still make great music.

When did you come across and what was it like turning it into a studio?

The studio I operate in now is pretty new. My wife and I were considering moving out of the space we were renting and having a house to keep everything in. She called me when I was shooting a little video, saying she had found the perfect house with a huge detached garage, so I told her to go ahead and put an offer on the house. Turning the garage into a studio has been crazy. It has taken a good amount of money, some bartering, and a lot of learning, but I am incredibly happy with the space we have now. I had a contractor do a lot of the work, so I didn't do a ton (I'm terribly un-handy), and it took a while, but it is finally up and running! 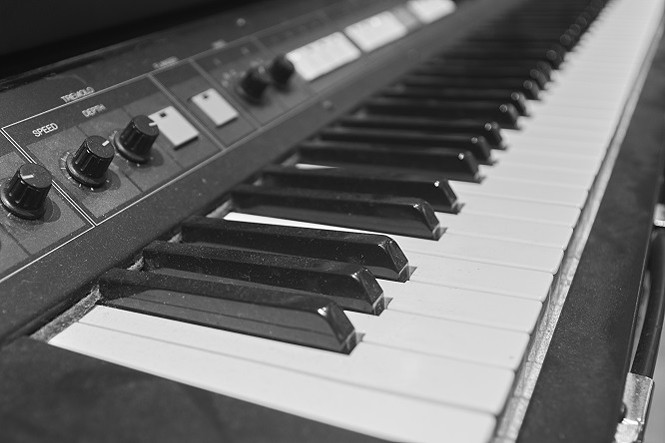 How did you go about getting the instruments you have on hand? What do you currently have in ?

My instrument set up is pretty basic. When I was interning with Joel Pack at Rigby Road Studios, he encouraged me to get instruments last, because bands usually have their own. I do have a good collection of drums, as well as enough amps and guitars to make the neighbors angry. Plus I have friends who let me borrow stuff from time to time. It's a simple set-up, but it sounds great. Every good engineer will tell you it's about the ears, and not the gear, anyway.

What were the first few months being open and holding sessions?

The first few months were terrifying. Paying money for rent and hustling to get people in the studio was crazy. My first legit session was with The Cold Year, and they wanted a very specific sound for their record. It was a weird combination of nervousness and confidence. I knew I could make a great record for them, but there was always that "what if" in the back of my mind. Luckily, it came out great. 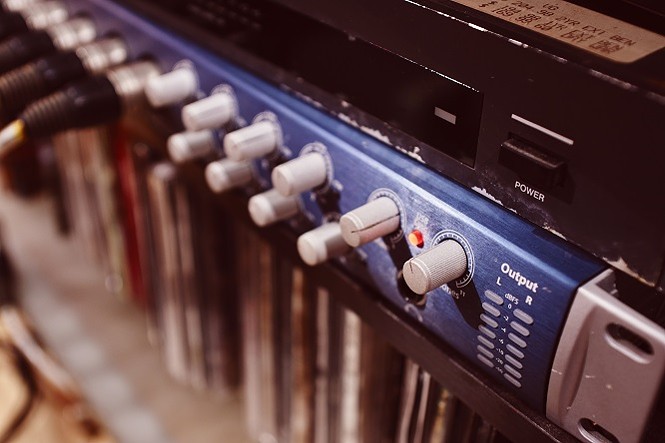 What would you say sets you apart from other local studios in the way you record and produce?

I think I am different in two ways. First off, I am cheaper. It's really important to me to be affordable to younger musicians, so I have tailored my gear and space to them. While American Standard Telecasters, Les Pauls, and hand-wired Marshall stacks are great, the gear I have is high-quality stuff that I have gigged and toured with. I also love to experiment. I'll just sit down and think about what sound I want to come out of the speakers and how to make that with the mics I have. Sometimes that leads to two mics on the drums, other times it's recording two guitar amps in two different rooms with six mics spread from, on the electric guitar itself, to each of the corners of the rooms.

Who are some of the musicians you've worked with to date? What albums have you recorded in ?

To date, I have produced the Cold Year's album Praise The Goat and my own record, Get Out. I have also produced a local soul group called Black Bess & The Butchers, who came in to do a couple of quick covers for cheap, and a really interesting math rock band called . They are still waiting on getting the mastering down, but the record is pretty sick. Some great guitar and bass on that thing. 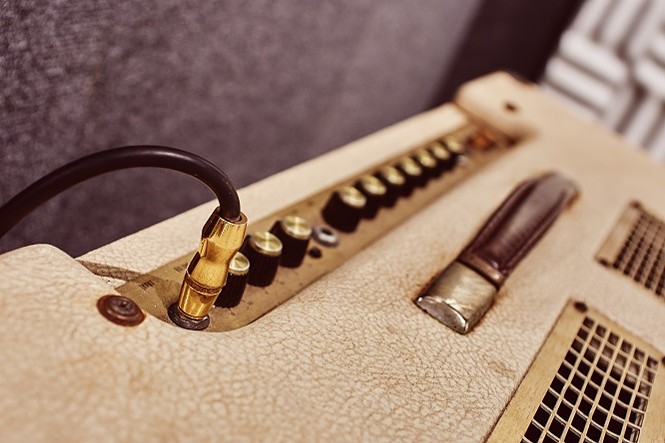 For those wishing to work with you, what do they need in advance?

If anyone wants to work with me, I just ask that you have a pretty good idea of what you want. The hardest part is when someone is writing a song from scratch in the studio, or they are just looking for "that guitar tone." I pride myself on being able to replicate sounds on records, but if you don't really know what you want, it's hard for me to determine what to do to produce the right sound. Usually, I ask bands what records they want theirs to sound like, so that is a great place to start.

Are you looking to expand down the road or are you comfortable how things are now?

I am always looking to expand but I also want to try and keep my rates low. If I go out and buy a $50,000 mixing board, I can't charge cheap rates or I'll be losing money. We'll see what happens in the future but I plan on adding gear and expanding as the business expands. It will always be important for me, though, to keep giving back to the local scene as much as I can. 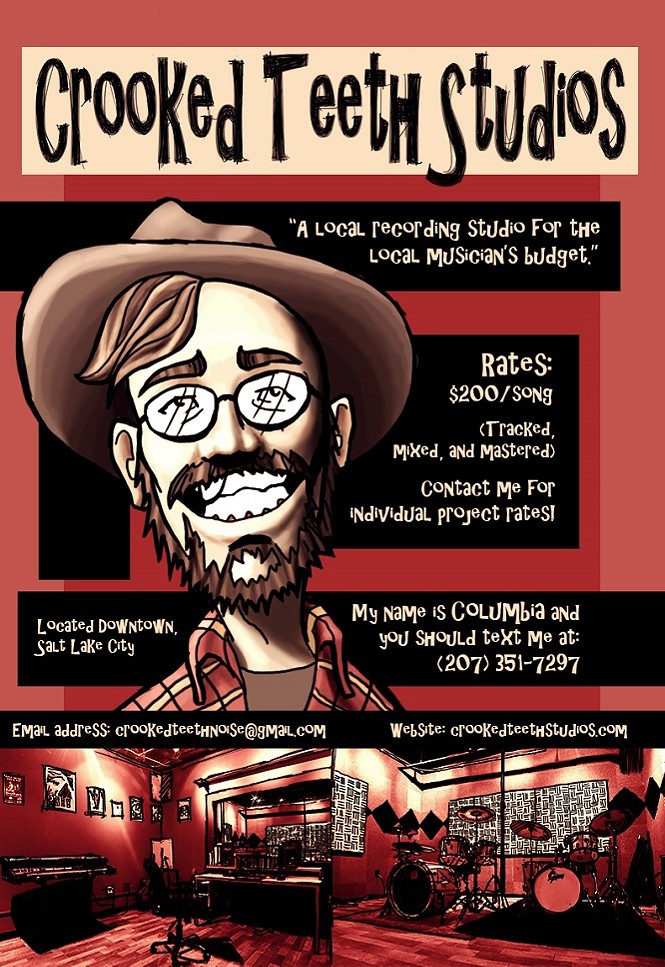 What can we expect from both you and Crooked Teeth Studios going into next year?

This next year is hopefully going to be a good one. I currently play drums and guitar for a few bands and will hopefully be hitting the road and gigging a lot. I am hoping to meet great musicians along the way and bring them into the studio. Also going to dip my feet into some commercial music and get a few new toys for I've also been mulling over the idea of a "Utah Music Scene" record where I co-write songs with some of the best who are making waves right now. It all just depends on what life throws me.