A look into the works of The Legionnaire creator.

We're gearing up for the next round of conventions in town, and with it, we'll start seeing a surge of new art being produced by local creators. One of the names you should be looking out for is Ben Darling, who has an awesome knack for creating originals of famous characters, as well as parody pieces and original designs. Last year he debuted his own comic book, The Legionnaire. Today we chat with Darling about his career so far, his comic and what he's got planned this year. (All pictures provided courtesy of Darling.)

Gavin: Hey Ben! First thing, tell us a bit about yourself.

Ben: I'm an independent artist who takes on commissions to fuel my dream of becoming a full-time professional comic book artist. I was born in New York and raised on comic books, fantasy books and sci-fi movies. I graduated college with an emphasis in graphic design. I have a passion for art in all its forms. I currently live in Pleasant Grove with my wife Amanda. I have a day job but not a dream job ... yet. 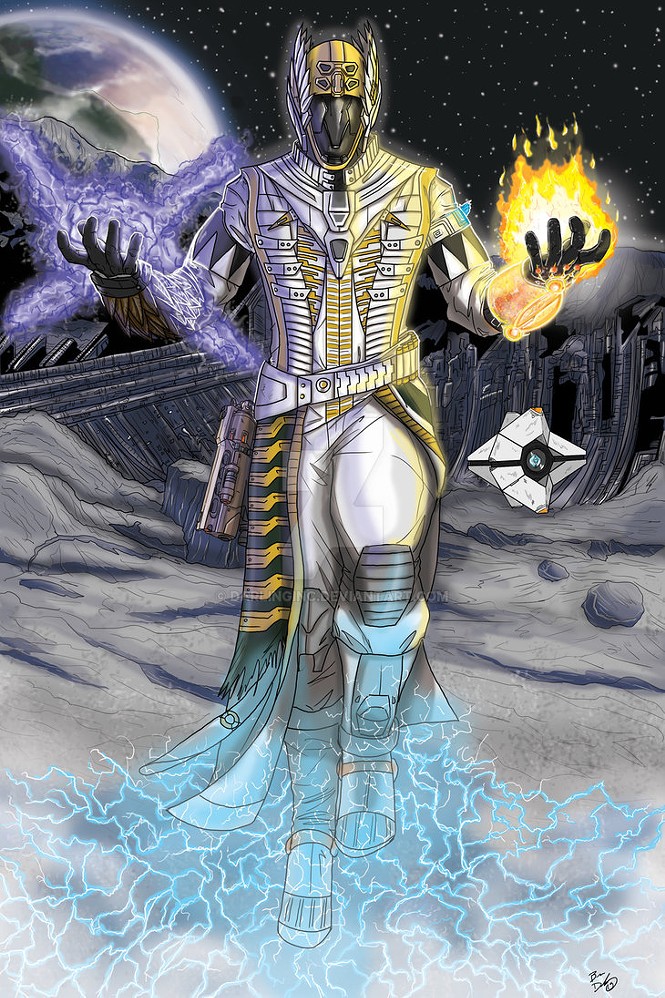 What first got you interested in art as you were growing up?

I have always loved art in all its variations. I took classes in everything I could when I was a kid, everything from drawing to self-publishing. I remember not being able to afford certain toys and not finding figures of my favorite heroes, so I would buy S, index cards, hot glue, some model paint, and old cheap action figures and make the figures/characters I wanted.

What drew you specifically to comics and geek-related art?

I was mainly drawn to comic books, specifically Marvel's X-Men comics. Those books were the best for a nerdy kid to relate with. I remember buying the old "How to Draw The Marvel Way" (VHS in the '90s) and watching it over and over again. I was entranced by Stan Lee and John Buscema's instruction as they created characters that would shape my imagination.

Did you have any formal training or were you primarily self-taught?

I was self-taught for the most part. I went to college with an emphasis in graphic design, but the professors really didn't teach me anything I didn't already know. I remember class was pretty much just "stay at your workstation and do what you do or figure it out."

What made you decide to go freelance as an illustrator rather than seek out a gig?

I'm always looking for a "gig." Freelance is just a first step that will open the doors. It's a dream of mine to get noticed by the big comic book industry leaders like Marvel or DC. I'm an introvert, though, and it's very difficult for me to put myself out there. Luckily, I get the push I need from friends and family to get myself out there and promote my work. I'm trying to use my free time to hone my skills and have a better portfolio of sequential art to show to other creators in the comic book industry. Attending comic cons is the best way to network, not just to make some cash. 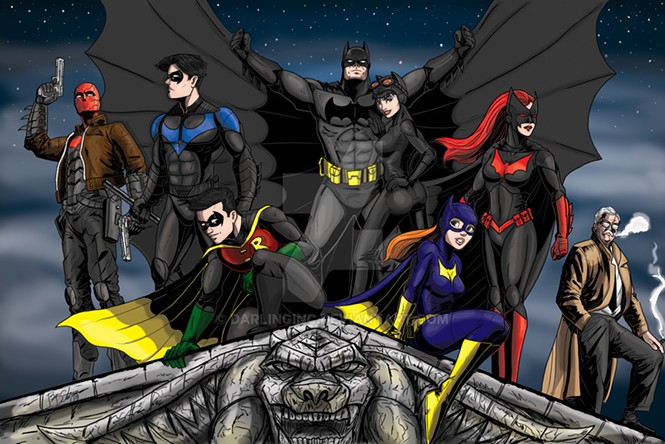 What's the process like for you when creating a new piece, from concept to final creation?

I rely heavily on my imagination. If it's for me or for fun, I draw what pops into my head as best I can. I may start with a reference of the world or character I want to create, and then start doing thumbnail sketches, and progress to full-on sketches. If I'm drawing sequential art, I keep it as simple as using a pencil, ink and paper. If it's for a print to sell at Comic Con, I sketch it on paper and then I transfer the sketches to my computer to clean up the line quality and color it in PhotoShop. I love that there's no mess to clean up when painting in PhotoShop!

Do you play with your works a lot as you draw them or do you stick to the original idea?

I play with the idea a lot. The original drawing may never make it to the final. Don't be afraid to start over or throw out something you're drawing if you aren't feeling it.

Last year you debuted a comic book called The Legionnaire. Where did the concept for the book come from?

I wrote the concept back in 2010 after reading about evil spirits (Legion) being cast out by Christ in the New Testament. I also thought about disorders like split personality or dissociative identity disorder (multiple personality) and how that seemed unique to the comic book world. I couldn't think of anybody that had written about a hero utilizing a power that way. I had read about an X-Men villain in the comics back in the '80s called Legion, who could take over a person's body, but that wasn't what I wanted. I wanted to make a hero, not a villain, who was a conduit for thousands of people who had passed. A man who didn't know who he was, who took on their personalities, skills, memories and talents, so that he could act as a steward and solve crimes and conspiracies to help give resolution to the lives of those that he'd merged with. The story is about a man finding himself, after focusing his life on helping others.

What was it like for you publishing it and getting the word out?

It was and is very challenging. It was mainly a trial for myself to just make a comic book and to have something to show to the industry and professional artists, saying: "Here, I did a comic book!" I did it all, from concept to drawing to writing it. Usually, there are several people involved in the creation of a comic book, so the fact that I took on the challenge all by myself was tough. I found a way to print it, to self-publish a digital copy on Amazon, and do every kind of promotion I could think of on my own. I use word of mouth, go to comic cons, and I spam it online.

How has it been for you going to conventions and selling your art and books for a living?

It was a rough start, but it's gotten better and better. I wouldn't say it's a living yet, but it's definitely helped me get my name out there and provided me with some amazing contacts in the comic book industry. I'm blessed with success after being consistent and always attending any convention I can sign up for.

What projects do you currently have going on and what's next for The Legionnaire?

I have a children's book called Zack the Zombie and Friends that I'm revisiting. I'm doing a Spider-Man comic book for fun, to add to my portfolio that'll showcase better sequential art. I'm making new prints based on fan feedback and requests for the next comic con. The story of The Legionnaire is always being written, and if there's enough demand than the comic issues will keep coming.

What can we expect from you over the rest of 2017?

I regularly attend the Amazing Las Vegas Comic Con, Salt Lake's, and maybe even Denver Comic Con. Also, hopefully, my name will be added to the great wall of artists that work for Marvel, DC or Image comics.