Celebrating 50 years with everything coming to Blu-ray and DVD.

January 30, 2017
comment
In case you're not a sci-fi fan and haven't caught on, we're still technically in Star Trek's 50th anniversary year until May. Paramount and CBS have been running at warp speed to give fans everything they could ever ask for, which included concerts of the music, special releases, tons of new items to shop for (like Lego versions of their stuff), a new movie, and finally some home entertainment releases. Over the course of the past several months, we've been getting ultimate editions of every Star Trek series available, and today we're going to explore the three available in HD.

Now I know what you may be thinking: Everything Star Trek is currently watchable on Netflix, so why do I care about owning these sets? First, contracts and agreements change all the time. Go to Google and do a search for everything that's coming and going from Netflix in February, and you'll see that things come and go in a heartbeat. For example, Star Trek: Nemesis is leaving in February, which many would argue is a good thing. So it's not inconceivable that one day, probably about the time Star Trek: Discovery finally gets made and is airing on CBS's streaming service, all of those shows may disappear. That makes it a good idea to own everything on DVD and Blu-ray just in case. And second, the one thing Netflix doesn't have access to is bonus content. Sure, there's some stuff scattered around YouTube that people have loaded over the years, but it's hardly a complete collection of anything. So if you want more than just the episodes, you're out of luck.

Last year we saw two major releases from CBS and Paramount in Star Trek: The Original Series and Star Trek: The Next Generation, both complete series in HD on Blu-ray. Starting with TOS, this is the cleaned up and remastered versions you currently see today, with the enhanced attention to detail on the cleaned-up and newer graphics for when the Enterprise is doing battle and flying through space. Depending on how hardcore of a fan you are, you either love the changes or despise them. Regardless of how you feel, you have all 79 episodes with remastered 7.1 audio, and more than nine hours of bonus content that would appease any fan that's watched every episode ad .  There's even a bonus disc with the extended original pilot and convention appearances that we're fairly sure not every fan has seen. 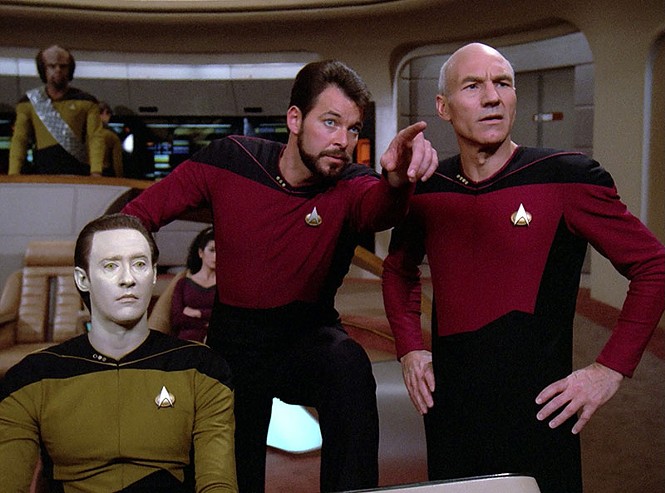 The Next Generation set is the most one yet. Aside from having all seven seasons in remastered HD quality (where you can actually read the word Enterprise on the side of the ship), you have the full range of bonus content that fans have been dying to see for years: audio commentary on select episodes, promos that were only seen on television, extended cuts of episodes with content from the cutting room, and behind-the-scenes looks at the way the show was written and produced. The gag reels alone are worth the price, as you see Michael Dorn constantly screw up lines, or Jonathan Frakes thank Goodyear for being one of their syndicated sponsors. Not to mention deleted scenes that actually add depth to the episodes, but were cut for time. This is probably the most definitive TNG collection you'll get, at least until we upgrade everything to a new viewing system. 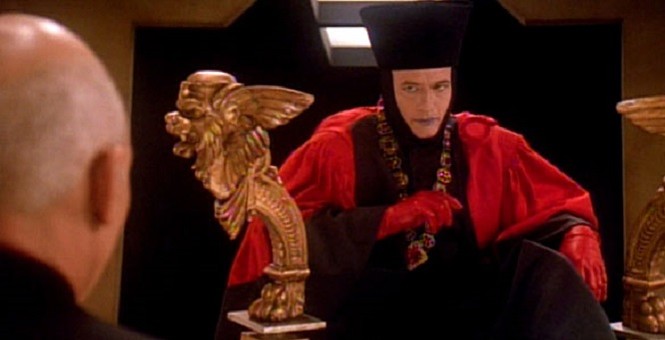 The most recent addition, released Jan. 10 at Best Buy and available everywhere Feb. 14, is Star Trek: Enterprise.  It's the oddity of the bunch where Paramount thought to themselves "You know what Star Trek needs? A prequel."  The series only made 98 episodes, making it the only other series besides the original to fail at making seven seasons, but it was the first to actually be filmed in HD, and the quality that shines through on the Blu-ray really shows. While the content is cool, it seems to be lacking in bonuses compared to the other two. While I'm sure they're proud of this show to some degree, you can tell Enterprise is the bastard child, and didn't get the all-inclusive treatment that the other series did.  That said, there is a special place for it, as it explores stories and aliens from TOS that maybe didn't get a fair shake, while also answering the question about Klingons with no ridges.

Overall, the three releases are great for Trek fans to purchase, though I do lean more toward TOS and TNG before Enterprise. Simply put: the first two are must-own collections with a lot of content you won't find elsewhere. They are going to be your ultimate collections for years to come. While Enterprise is a fine series, it feels more like expanded material that serves little purpose other than explaining the giant canyon in the ground that young Kirk loses the hotrod in during the rebooted movies. I'm not saying pass on it, but you can definitely wait on this one as you prepare for Deep Space Nine and Voyager  in the next few months.