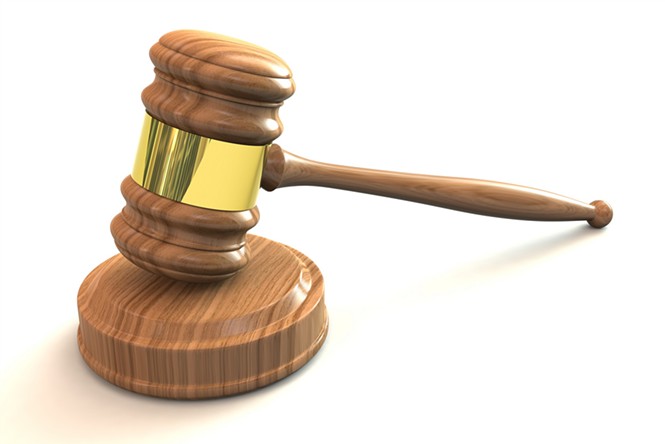 The latest chapter in John Swallow’s troublesome saga now plays out before a jury of his peers, where Utah’s former top prosecutor faces a bevy of corruption charges that could land him behind bars for decades.


Even before Swallow was elected attorney general, he was groomed for the position by his predecessor Mark Shurtleff, who prosecutors initially named as a co-conspirator. Swallow was Shurtleff’s chief fundraiser and was subsequently appointed as deputy chief AG in late 2009.


In the contentious 2012 battle for AG against then-candidate Sean Reyes, Swallow made campaign promises that raised concerns.


One was his plan to take over the state’s Consumer Protection agency, which reports to the governor’s office and investigates consumer complaints, including those against Utah telemarketers. Swallow made such promises in a tape-recorded conversation with an owner of a telemarketing company under investigation by Consumer Protection.


Between 2008 and 2014, City Weekly reported on numerous telemarketing companies with links to the Attorney General’s Office. Swallow’s links to an industry nervous of too much oversight were at times unsavory.


In an August 2013 City Weekly story titled "Bad Company," then CW-reporter Eric Peterson detailed how two Swallow fundraisers were run by a call-center owner with a criminal past and links to telemarketer Jeremy Johnson. Johnson is now in prison for bank fraud and a key witness against Swallow.


This sparked several investigations, including one by the Utah House of Representatives and another by the FBI. Investigators unearthed an apparent pattern of pay-to-play politics.


“Mr. Swallow hung a veritable ‘for sale’ sign on the Office door that invited moneyed interests to seek special treatment and favors,” the House report states.


In May 2013, City Weekly broke the story that Swallow, Shurtleff and political operative and Shurtleff confidante Tim Lawson went twice to a ritzy California vacation spot called Pelican Hills in May and June 2009. The high-end golfing trips were paid for by businessman Marc Jenson, who did time in prison over securities fraud, or Lawson, depending on who you ask.


Those California getaways came under renewed scrutiny in January 2017, after testimony by Jenson at a Swallow hearing. Jenson told the court that both Utah Speaker of the House Greg Hughes and then-U.S. Senate Majority leader Harry Reid, D-Nevada, attended a secret meeting about the development of the Draper FrontRunner station. Hughes, who at that time was on a legislator and on the UTA board, adamantly denied any involvement and Reid has told Utah media he knows nothing about the Swallow case.


Embroiled in scandal, Swallow stepped down from the venerated post less than a year on the job, and things haven’t looked any better since. He and Shurtleff were arrested in July 2014, and though released on their own recognizance the same day, remained at the center of the state’s biggest political scandal.


Since then, District Attorney Sim Gill—who has been accused of launching a political witchhunt by the former AGs—has slowly plodded toward trial. In the interim, all charges against Shurtleff were dismissed.


But Swallow hasn’t been so fortunate. Jury selection began Tuesday.


In the latest criminal complaint, Swallow is charged with 12 felonies and one misdemeanor—among them are money laundering, receiving or soliciting bribes, obstruction of justice and misuse of public money.


Prosecutors allege Swallow and his cohort used their positions of power to line their own pockets and offered to tip the scales of justice for those who were willing to fork over cash. When the investigations emerged, he allegedly lied, faked documents and erased electronic records.


Charging documents break up the alleged crimes into six episodes, like chapter headers in a sordid tome of corruption.

Swallow worked with Rawle, a mogul in the payday lending industry, up until Shurtleff, who was considered a payday ally, appointed him chief civil deputy. At which time, Rawle gave Swallow the departing gift of 12 gold coins, valued at about $1,300 each. Swallow says he sold them back to Rawle, who transferred about $17,000—more than the estimated value—to a pre-paid debit card.

Embattled St. George businessman, Johnson wired about $250,000 in 2010 to a company run by Rawle, hoping that Rawle’s purported connections to then Sen. Harry Reid could help get the FTC off his back. From that sum, about $8,500 was funneled to Swallow, and less than a year later, Rawle wired another $15,000 to one of Swallow’s companies. In 2010, Swallow and his family enjoyed a trip on Johnson’s houseboat in Lake Powell, and used the businessman’s airplane to fly to and from St. George.

Swallow allegedly told Marker, an attorney involved in the Johnson case, that $120,000 might be able to make the FTC case against Johnson disappear.

Johnson secretly recorded a meeting with Swallow at the doughnut shop, where he informed the public servant that investigators might be on his tail. Afterward, Swallow retroactively created invoices for the Rawle payments. A staffer, instructed by Swallow, purchased a burner phone with cash. He also had a member of the IT team wipe his computer.

Jenson, a convicted felon, paid Shurtleff confidante Tim Lawson about $120,000 over several payments. One of the transactions was allegedly for Swallow and Shurtleff to stay at a swanky southern California resort, Pelican Hill. Swallow, around this time, allegedly told Jenson he was hand-picked to replace Shurtleff in the AG’s office. The two made a couple all-expenses-paid trips to Pelican Hill that included golf, dining and clothes.

Timothy and Jennifer Bell hosted a fundraiser for Swallow at the supposed cost of about $15,000. After Swallow’s office contacted the Bells, who were in a foreclosure legal battle that involved the Attorney General’s Office, that amount was reduced to $1,000 on paper. Later, the Bells corrected the amount to more than $28,000 in in-kind donations to Swallow’s campaign.