Chatting with the SLC-based comedian about his time in the local scene.

Coming up in the next few weeks we're going to be seeing an uptick in standup shows, including a festival and some awesome one-off showcases. It's a great time right now to see some comedy for cheap, pretty much any night of the week. Today we our monthly stand-up comedy post on Matt Turner, chatting about how he got into the field and his thoughts on the local scene. (All pictures provided courtesy of Matt Turner.)

Gavin: Hey Matt! First thing, tell us a bit about yourself.

Matt: I'm a single dad raising two daughters, ages 14 and 10, along with two new dogs and two cats. I have always been into muscle cars and hot rods, and have worked as a mechanic at family auto shops, restoration shops and I'm currently building new lifted and accessorized showroom trucks and at Toyota.

When did you first take an interest in comedy and who did you like watching growing up?

I have always had an interest in comedy since watching Eddie Murphy in the '80s and being a fan of Saturday Night Live. I think my love for stand-up may have even started earlier on, while listening to cassette tapes of Richard Pryor in a friend's car.

What made you decide to take a chance and try stand-up comedy yourself?

Much like beginning my family, I started my standup career later in life at age 42 after a break up from my first and only marriage eight years ago. In an attempt to vent and take my mind off of my life challenges, I started doing open mics at the Trolley Square Wiseguys. I guess you can say it took some life trauma to push me into finally seeing what the local comedy scene had to offer. 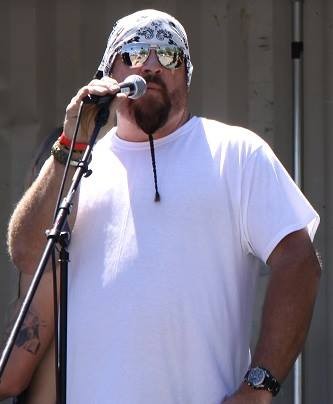 After doing open mics at Wiseguys for several months, I recognized the need for newbies to be able to get more stage time and have the opportunity to be put on smaller stages, so to speak, to get a real experience of being on a show. I approached the owners of 5 Monkeys Bar in Murray, and a little thing called Monkey Business Comedy was born. We ran a weekly open mic and a monthly comedy show for a little more than a year. They had a nice little intimate stage and setting there, and we pulled off some pretty great little shows with mostly up-and-coming local comics. Monkey Business then moved to Sandy Station and ran an open mic and bi-monthly show there for over a year. This made it easier for me to break onto the scene as I was producing these shows. Being on a show, even a bar show and not a comedy club setting show, gave me and a lot of locals performing in front of a live audience experience. 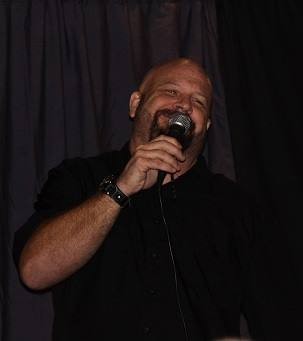 One thing I learned early on doing open mics is that most local comics are not out to help beginners along with tips or encouragement, but rather sit back and get a kick out of you struggling to get your first poop joke.

I get a lot of my material from life experiences of being single and being a single father of two girls. The last couple of years, after working my first clean set before a large BYU crowd in Provo that went fairly well, I have found it's both fun and beneficial to be able to work both blue and clean as far as getting paying go.

There were two guys in the beginning for me who took the time to approach me and give me input. These individuals were Rodney Norman, who was hosting some of the open mics at Wiseguys, and Eric Kepoo, a local guy who was no stranger to the local comedy scene. Since those early days, E.K. and I have become good friends and have done many comedy shows together, both producing and performing. E.K. has been with Monkey Business since its birth, and has hosted a lot of its shows along with being a behind-the-scenes guy as well with setting up, sound, promoting, stage design, etc. He is a very funny dude and has been a friend and mentor to me.

What's your take on the local comedy scene, and who are some of your favorites you like to check out around town?

I have made a lot of friends and met some interesting people both producing and performing in local shows. I feel like there is a lot of comedic talent here in Utah. Shows have sprung up all over the valley in the last few years and people are turning out to see them.  A few of my local favorites are E.K., Natashia Mower, Rodney Norman and Melissa Merlot.

If I could give any advice to someone starting out it would be to hit as many open mics of any kind as you can and try to get on some of these bar and underground type shows. Try to make your way up to opening for some national acts at Wiseguys.

Monkey Business Comedy is currently putting on a monthly show at the Filling Station (Power Plant) in Magna. You can catch me, E.K., Melissa Merlot and Joe Everard there on March 11. You can also catch me at the Sky Bar in Downtown SLC on Saturday, March 4. Check out Monkey Business Comedy on Facebook to see things we have been doing since 2010 and upcoming shows.