Talking with the lead singer of the SLC alternative dream pop group.

This past weekend was a hell of a time to be out and about, hearing awesome music from local bands. The weather wasn't too bad; the lineups were awesome; the people were in good spirits—a nice way to spend the past couple days before the cold hit again. On March 3, I started my night at Kilby Court, where I saw alternative dream pop band Choir Boy open for LVL UP and Palm. Today we chat with the lead singer and guitarist of the group, Adam Klopp, about forming this new project and where he hopes to take the band, all with some pictures I snapped at the show. 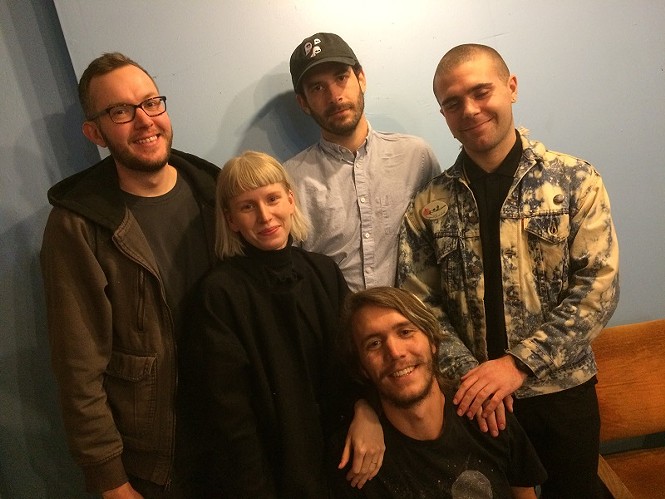 Gavin: Hey Adam! First off, tell me a little bit about yourself.

Adam: I grew up in Cleveland, Ohio! I had a bad speech impediment until I was 13 and was a competitive Irish dancer until I was 16. When I was a junior in high school, I sat at the mischief table in the cafeteria. We once made Nolan Tidwell stand on the table while we lifted it in the air as high as we could.

What first got you interested in music? What were your favorite bands growing up?

I think I was always interested in music growing up. Apart from my participation in choirs and school choirs, my parents frequently played the Beach Boys and the Beatles greatest hits albums on car rides. My sisters and I would all sing along "All the lonely people/where do they all come from? All the lonely people/where do they all belong? [Ah] look at all the lonely people!" You know, kids stuff! My mom also liked to play the Phantom of the Opera soundtrack, which I really liked, but it scared me bad. Mom would try to convince me that the Phantom was actually a good guy, but in hindsight, I was right to be scared. You can't be the protagonist if you kidnap women. Apart from the stuff my parents would play, I remember really loving '90s radio power-pop stuff like The Lemonheads' cover of "Mrs. Robinson" and The La's "There She Goes." Age 6-8, I got into NSYNC and this ABBA tribute band called the A-Teens. After that, I returned to the Beatles for several years. I think I pretty much exclusively listened to the Beatles for at least two whole years. At one point in time, a friend gave me a Sum 41 CD, but I felt guilty about the swear words so I broke it and tried to hide the shards in the trash. My parents found out somehow and praised me for my integrity! In the sixth grade I wrote a report about the Beatles titled "The Fab Four." Seventh grade led me to The Who, classic rock and punk. In eighth grade a friend let me borrow this awesome multidisc compilation of classic punk stuff called No Thanks The '70's Punk Rebellion. This led me to further explore The Ramones, The Cure, Boomtown Rats, Stiff Little Fingers, The Buzzcocks, Cock Sparrer etc. Apart from that, I was also getting into more contemporary punk stuff (mostly Hellcat Records stuff like Rancid, Dropkick Murphys, The Unseen, etc). I was always attracted to the poppier bands.

What was it like for you getting involved with the local music scene early on in bands like Timber and The Mighty Sequoia?

Those were the first couple bands I played in when I first moved to Provo. Feels like forever ago. It was fun! It's a very different music community down in Provo. We occasionally played house shows but it was mostly shows at Muse and Velour. Both those spots are special in their own way! Timber was a short-lived project that I did with friends my freshmen year. I didn't actually play in the Mighty Sequoia for very long. I was more of a stand-in instrumentalist. I did live shows, but wasn't involved with the writing process and only ever appeared on one or two recorded songs.

How did the idea come about to start the original formation of the band in Bat Manors?

I had a bunch of songs that I had written and wanted to play them as a band.

Did you seek out all of the members, or was it more of a collaborative effort for everyone to join?

Originally there were multiple song writers in Bat Manors. It was much more collaborative at that point in time. The first show we played with electric guitars and a drum machine on a few songs. In its inception, I imagined us turning out as a dream pop. After that, most of the band quit. I thought about throwing in the towel, but we had a show booked that I didn't want to bail on, so I scrambled to reassemble a group of people to play the songs. I didn't own a guitar amp at the time, so I switched to playing acoustic at shows for the next year or so. That hasty change-over ended up solidifying a somewhat long-term lineup and defined the sound of the band.

What eventually led to the change from Bat Manors to Choir Boy?

I didn't want to do Bat Manors. I was sick of it and I didn't feel excited about music anymore. I wanted to approach the songs I'd been writing with different sounds and instrumentation. It felt freeing to have a new music identity. I don't really want it to be seen as a name change; I wanted it to be a fresh start. 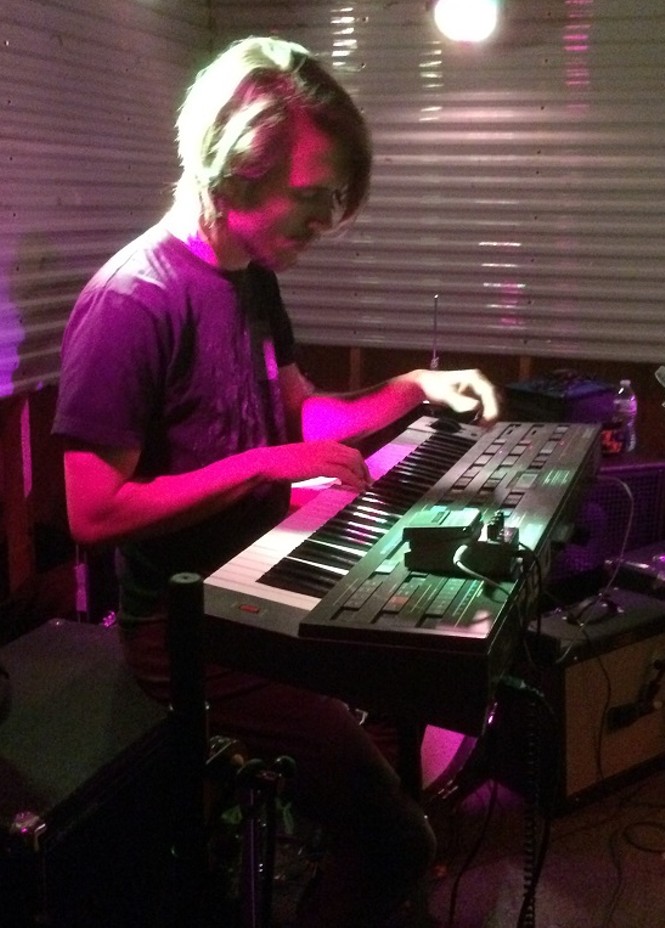 From a musical standpoint, what changes did you make in your style and approach to help define the new band from the old one?

It sort of evolved, really. I think in some regards, I was learning more about music and felt more confident in pursuing sound in a more intentional way. I think Choir Boy has a much more thoughtful and curated sound.

How has it been rebuilding your audience after changing names and musical styles?

I intentionally tried not to think about it. It's validating when people respond to things I make, but concentrating on building an audience is something that diminishes the experience of making music for me.

What was it like for you to record your new full-length album, Passive With Desire?

It was really fun. I think it was fulfilling seeing the tracks from start to finish. I started the recording process in my bedroom, sequencing drum parts with samples from shitty Casio keyboards and old drum machines and layering melodies with my CZ 5000 synthesizers. Then Bret and I recorded a lot of the "band" tracks in his bedroom. After that, we took the tracks to Studio Dada and recorded over dubs and vocals. A funny process! Recording felt like working on a broken thing until it didn't feel broken anymore, piecing together sounds until the ideas felt complete! It's fun to finally hold and look at and listen to the finished record of songs that I wrote and thought about for so long.

What do you hope to achieve with this band that you might not have done with the last?

I'd like to work faster and become a more prolific writer, but overall I'm not looking for specific changes. I just want to continue writing and recording and playing shows!

Are there any plans in the works for another album or an EP?

I'm currently writing new songs. I take a while to write so it'll probably be another year at least before we can do another full length. Maybe we'll do a single or something before the end of the year.

Is there any chance you'll take the band on tour down the road? Or will you primarily stick to Utah for now?

Bret and I did a Choir Boy tour at the end of January. We'll probably mostly stick to Utah shows, but we have some festival shows lined up in Missoula and Spokane this summer, and hopefully will have time to do some more touring.