Chaffetz Calls It a Day

... but don't chant in victory just yet. 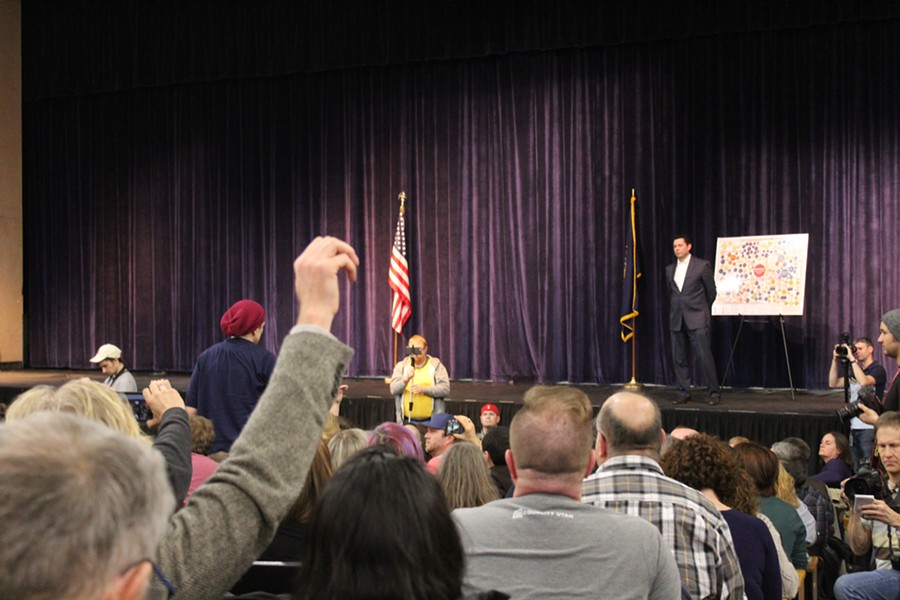 Do you think Rep. Jason Chaffetz, R-Utah, is scared of the rumored candidates who are vying for his seat? Not a chance.

Of course, voters won’t have the opportunity to see how the political battle would play out because Chaffetz is stepping aside in 2018. In a Facebook announcement on Wednesday, he crowed that had he decided to run again, he’d handily beat any challenger.

“For those that would speculate otherwise, let me be clear that I have no ulterior motives,” he wrote. “I am healthy. I am confident I would continue to be re-elected by large margins. I have the full support of Speaker [Paul] Ryan to continue as Chairman of the Oversight and Government Reform Committee. That said, I have made a personal decision to return to the private sector.”


Despite Chaffetz’ confidence, he has been plagued by recent gaffes—such as his comment that people who can’t afford health insurance should stop buying iPhones—and accusations that he runs his oversight committee in a hyper-partisan way.


History tells us that Chaffetz is probably correct, though. Last election, he walloped his Democratic challenger Stephen Tryon by garnering 73 percent of the vote and beat his primary opponent with nearly 79 percent.

Still, discontent seems to have ramped up since November. At a town hall in February, Chaffetz was essentially booed for an hour straight, and a new billboard in his hometown of Provo questions the congressman’s reluctance to investigate Russia’s meddling in U.S. elections.


"Congressman Chaffetz has represented Utah in the United States House of Representatives with distinction, and I have appreciated working with him over the last eight years on issues vital to our state. His razor sharp mind, expansive knowledge and gift for communicating will serve him well when he transitions into the private sector. Jeanette and I wish Jason, Julie and their family well in their future endeavors. Undoubtedly, he will appreciate being able to spend more time here in the great state of Utah.”


Chaffetz supporters, however, shouldn’t fret; his cot might be on the move to the Utah State Capitol. The Salt Lake Tribune is already speculating he might make a gubernatorial bid in 2020.