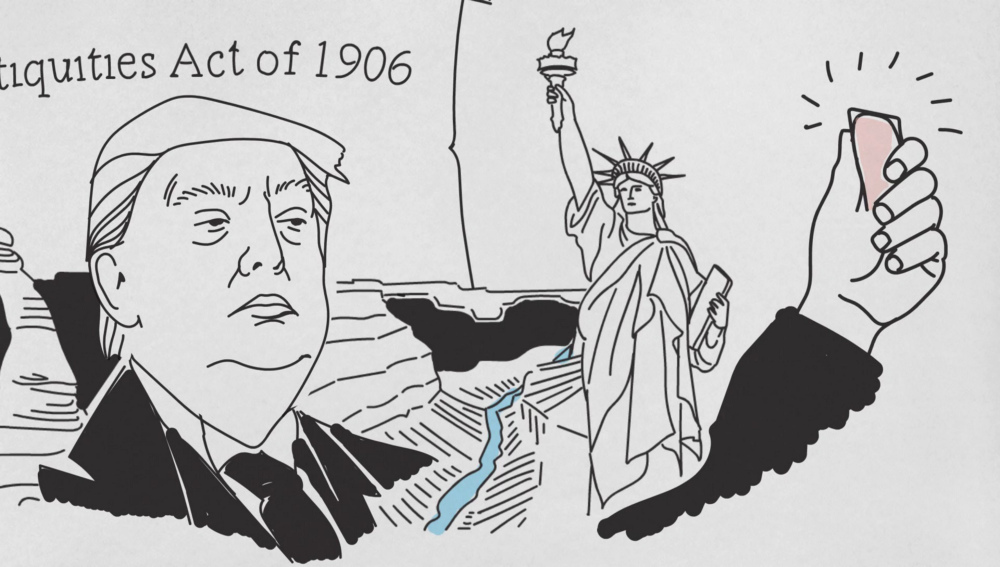 If this is the end of Bears Ears National Monument, credit the forthcoming demise to Sen. Orrin Hatch for his “never-ending prodding.” On Wednesday, President Donald Trump said with amusement that Hatch has incessantly pestered him about these things called national monuments and this other thing called the Antiquities Act.


“Believe me, he’s tough,” Trump said of Hatch. “He would call me and call me and say, ‘You’ve got to do this.’ Is that right Orrin? He doesn’t stop.”


The phone lines should go silent now, though; inside the Department of Interior, the president signed an executive order demanding a review of the Antiquities Act, an overt maneuver to nullify the law, which currently allows the executive branch to designate and protect areas of natural beauty.


Supporters of Trump’s action—including most of Utah’s top elected officials—hope the review will open a path to undo or at least reduce the Bears Ears National Monument in southeastern Utah.


“Tremendously positive things are going to happen on that incredible land,” Trump said. “The likes of which there is nothing more beautiful anywhere in the world.”


Utah Gov. Gary Herbert stood by the president during the signing ceremony in Washington D.C. Though he didn’t speak at the event, Herbert’s office sent out a statement within the hour that said Utah and the Antiquities Act languish in a “Jekyll and Hyde relationship.”


Indeed, no one boasts about Utah’s national parks like Herbert does, and four of the five started as national monuments. But, he noted, those parks were small—compared with 1.35 million acres on Bears Ears—and they enjoyed the approval of the surrounding communities.


Interior Secretary Ryan Zinke, for example, assured the public that the executive order would not remove any federal monuments. Moments later, Trump said, “Today, we’re putting the states back in charge”— a comment which seems to be incompatible with Zinke’s assertion. 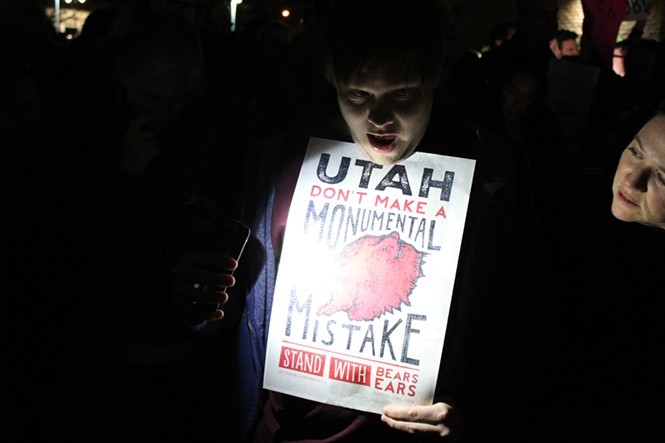 Trump then characterized national monument designations as federal land grabs, and said his executive order would “return control to the people, the people of Utah, the people of all of the states, the people of the United States.” A majority of Bears Ears, however, is land that has always been managed by the federal government.


Staged for the signing, Utah’s Reps. Rob Bishop and Chris Stewart joined Herbert and Sens. Hatch and Mike Lee. The governors of Maine, Guam and the Northern Mariana Islands were among those in attendance.


In the waning days of his administration, President Barack Obama created a national monument on land around the red rock buttes of Bears Ears. A “midnight monument,” as detractors put it.


During the 2017 legislative session, Utah lawmakers passed a resolution asking Trump to reverse the designation. Officeholders claim this is the overwhelming will of the public, but according to the latest numbers, that’s not so clear either. A January poll released by The Salt Lake Tribune and Hinckley Institute of Politics revealed the state is part Jekyll or Hyde on Bears Ears as well.