I've always enjoyed going to Kilby Court to see shows. I've been going almost since day one, when it was considered really sketchy to be going to the west end of town, just two  shy of Area 51, to see an all-ages show out of what is essentially a garage. After an ownership change, some promotion, some rebuilding and cleaning up,  Kilby is still an awesome place to see shows, and a right of passage for many in local music. This past weekend, I passed through to catch Provo-based musician . Today we chat with her about her career and latest album, as well as where she's headed. 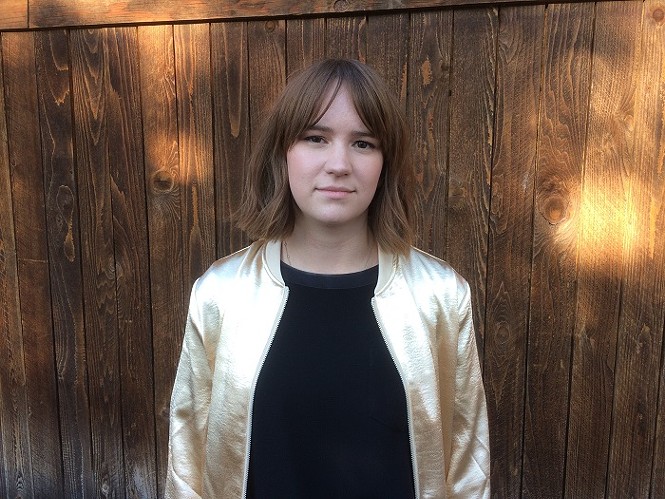 First off, tell us a little bit about yourself.

How did you first get into music, and who did you love listening to growing up?

My music discovery was a bit delayed. I took a lot of piano and harp lessons growing up, but didn't get really passionate about music until I started writing songs as a teenager. My sister listened to a lot of mainstream R&B when I was young, so I really liked that, but I'm a bit of an outlier in my family musically, and my parents weren’t really into music. So I basically didn’t find much I liked until my teen years, when my best friend’s older sister started passing along her CDs. It was indie rock, things like The Postal Service and Sufjan Stevens, Iron & Wine or The Shins. It kind of opened this world of connecting to music, and I started diving in and doing a lot of discovery. It wasn’t until early in college that I started listening to some classic musicians that influenced me, like Joni Mitchell and Bob Dylan. I think the artist that I’m listening to now just as much as when I was 14 is Sufjan Stevens. I’m glad he’s still making great music. 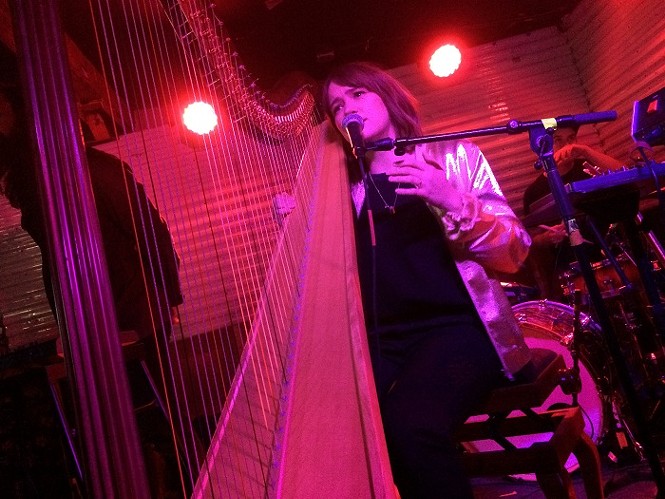 What drew you to the harp as your main instrument?

Honestly, it's not a cool story. I was about 11 and there was a girl in my neighborhood who played the harp and my mom just asked if I would like to try it. I enjoyed playing instruments and was pretty musical, so I just said, sure!

How was it for you getting involved with the local music scene in Provo?

Daunting at first, and then really great. I went to school here and played some shows under just my name for a while, before forming another band with some friends that was short-lived. I think whatever I did was unique to the point of weirdness, so it was hard to know where to put me sometimes. After that band disintegrated, I took a hard look at my music and whether I wanted to keep going, and then I started writing the EP I just released. I started meeting the people who would help me put the record together, and then began working with Nate Pyfer and Mason Porter, who co-produced the EP. Those two, along with Robbie Connolly, really helped me with getting my project going and helped me put together my live show. It's been invaluable having help like that while I'm figuring things out, and Provo just has some amazing and talented people like that who are willing to help.

What made you decide to do a solo project? Where did the name come from?

I had had different band experiences, and nothing was ever as reliable and inspiring as I wanted. I decided when I wrote those new songs that I wanted to be able to say yes to whatever I wanted to do and not be held back by scheduling or any creative differences. That, and the songs were so personal, thinking of writing with someone else on some of them seemed very strange.  Goldmyth is a play on both my last name, Smith, and my dad being a goldsmith while I was growing up.

What was the biggest influence behind creating alternative/electronic pop music?

I’m a big fan of music, food or art that’s a fusion of different styles. My songwriting is just these concise pop/indie songs, but doing them with a harp adds this flavor. I started making beats that could add a new dimension, and it just existed in a kind of half-way electronic world. The music just kind of carved itself out into its own little place during production. 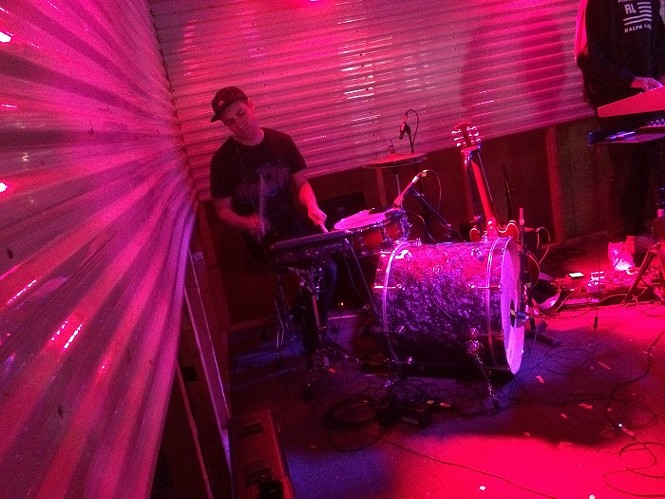 As a solo artist, what's the process for you in creating a song on your own?

For this project, I wrote each of the songs with my harp and a looper. It helped free up my mind to add layers and come up with melodies and lyrics. It also helped me envision how to produce the songs in the moment because I didn't have to get into computer stuff. I could just craft it with my hands right there.

When you're putting everything together, do you like working with others, or are you very hands-on when it comes to the instrumentation?

For the songwriting, it's been a process I like to do on my own for the most part. I came with some demos to Nate and Mason, and they helped me look at different places we could take the songs. I loved working together on the production process. They really helped bring that fusion into play. 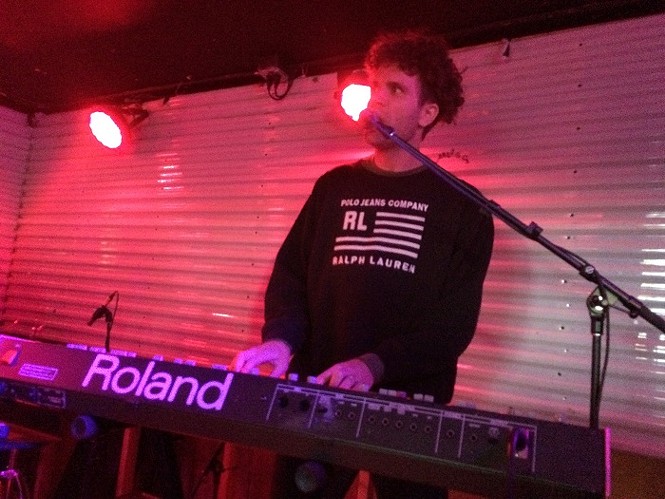 Back in April, you released your debut EP, Faded Dream. What was it like recording that album and working with June Audio?

It was such a huge experience for me. I mostly worked with Nate Pyfer and Mason Porter in Nate’s studio, and I actually recorded most of the harp at my house with an SM57 (I know, cliche), but it worked because we affected it so much. For the bigger harp song, "Holy Rope," we recorded at June, and then Scott did some mixing and mastering on all the tracks. It was such an amazing process and I loved working with such talented people. It was like a big wrestling match between myself, the songs and the production, but I grew a lot artistically through the experience.

What's the reception been like so far around the state and beyond to the album?

I released the album and sent it out to a lot of blogs, and was really happy that a bunch of them picked it up. My single got posted by [new music platform] Hillydilly, and then they did a review of the whole EP, which was pretty cool and helped me get on Spotify playlists and get some industry attention outside of Utah. It’s opened some doors and I’m going full speed right now. 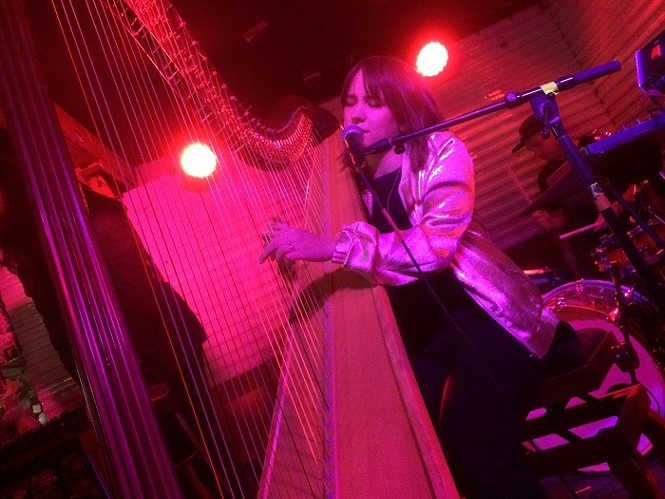 Are you looking to record a full-length yet or just enjoying things as they are for now?

Yeah, I’m working on new material and there will definitely be an album in the near future.

What plans do you have down the road and over the rest of 2017?

I have some touring and collaborations with other artists in the works and I'm working on new material as well. I have a video that Alex Vaughn directed that will be released in the next month or so.