In response to Patrick Harmon footage, supporters will gather on Sunday. 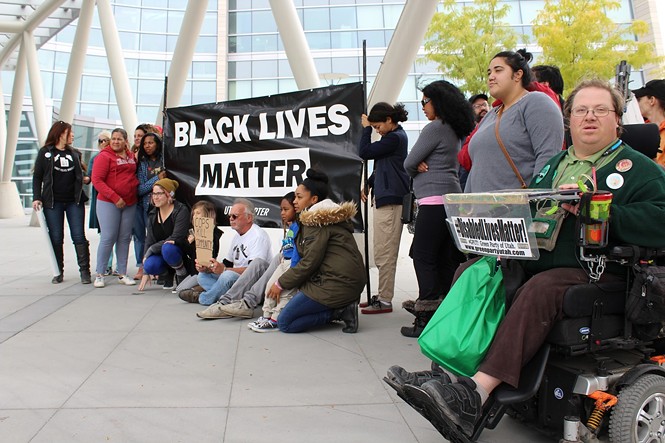 Last Saturday, a small but vocal group of supporters gathered outside Salt Lake City’s Public Safety Building to demand body-cam footage from the Aug. 13 shooting of Patrick Harmon be released.


Harmon was stopped along State Street by police for not having a rear light installed on his bicycle. After running his information and being asked about active felony warrants, 50-year-old Harmon attempted to flee and was shot three times by one of the police officers on the scene. Harmon died shortly thereafter.


One of the videos shared by City Weekly has garnered more than 2 million views and sparked national attention.


In response, supporters plan to again gather outside the Public Safety Building on Sunday at 4 p.m. for an emergency rally. Per the protest’s Facebook event page, the gathering will include “chants, speakers, and a march aligning with the demands of justice for Patrick.”


“Gill has proven either incompetent or careless in his duty to provide justice and fairness to all Salt Lake City residents,” the description goes on to say.


“If shooting Patrick Harmon in the back while he was running away is policy, then it’s clear to me we need to change the system,” Romrell said.