Mark Hofeling and the art of production design | Buzz Blog

Mark Hofeling and the art of production design 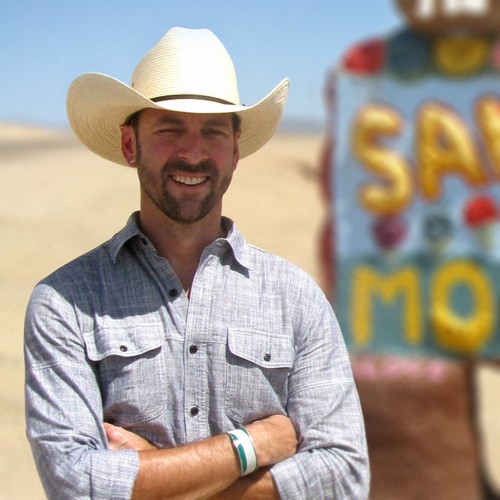 When you think about a film, a few things likely come to mind: who starred in it, who directed it, maybe even who wrote the script for it. What likely doesn’t come to mind? The production designer. Any time you’ve found yourself immersed in a film, enjoying the world it creates for you, you had a production designer to thank for it. From a set’s to characters’ costumes, to the camera angles used in capturing each piece, production designers do it all with insight from a film’s director and producer.

Mark Hofeling is one such production designer. Based here in Salt Lake City, he offers a presentation tonight at the Tower Theatre this week thanks to a collaboration between the Salt Lake City Chapter of the Society of Experimental Graphic Design—a global, multidisciplinary community that focuses on the production design of day-to-day life—and the Utah Film Commission.

“There are so many different jobs that go into pulling a film together,” says Virginia Pearce, director of the Utah Film Commission, “and I think a lot of people just know it as a director, a screenwriter. A production designer is a big part of a team that makes a film because it’s really about the visual design that goes into making a film.”

Hofeling’s history in production design started at a very young age. “When I was 9 years old,” he says. “I was first in line to see Star Wars: Episode IV. As the Millennium Falcon screeched across the screen my father leaned over and said, ‘ people who make all that, you know,’" referring to the movie set. “That was the moment I knew where I needed to go. Ten years later I walked onto my first movie set, and 30 years later I’m still there.”

Those 30 years have involved quite an extensive filmography. “He’s had a lot of experience in Disney, in particular, Disney productions,” Pearce says. “He worked on High School Musical, he worked on the latest ‘[Disney:] Descendants films. And we’re just glad that he calls Utah his home.” Hofeling also has a company based in Utah—the Creative Services Bureau—and he designs museum exhibits and private events as well.

One credit in particular, of all the many he’s had a part in, Hofeling holds dear to his heart. “A few years back I designed a terrific little show called Teen Beach Movie,” he says. “It was about two modern kids getting sucked back through time into a cornball 1960s surf musical movie. It was silly and joyful, and we built an incredible sense of fun into the visuals.”

He also lists a small side trip job as one he found particularly memorable. “When I was just getting going in the business,” he says, “I took a diversion into special effects for a couple years. Although I was a lowly lab kid and a puppeteer, running around with a skeleton puppet on Sam Raimi’s classic Army of Darkness was another highlight of my career.”

Hofeling expects to use his presentation to discuss the fact that “while most avid movie viewers are aware the role of the production designer exists, very few people are aware of the huge scope of the job. And aside from my own work in the field, I want to spend some time exploring its fascinating origins and some of the real giants of the craft,” Hofeling says.

Doors open at 6:30 p.m. A Q&A followed by a reception will take place after Hofeling’s presentation.