December 04, 2017
comment
THURSDAY 12/7
Law Rocks
Being an attorney is stressful and time-consuming, so they need to blow off steam—a band, if they can squeeze such a thing into their lives, is a great way to do that. Law Rocks (www.lawrocks.org) is a band of lawyers that jams under the banner, “Rock Globally, Give Locally.” The idea is to give themselves a creative outlet while also raising money for non-profits that endeavor to do the same. The organization started in London in 2009 and now has offices around the world. You won’t recognize the bands, which include Actual Malice in Chains (aka The Salt Lake Lawyers, performing covers from the ’80s and ’90s), the Hall Brothers Band, Kody Burgess, Matthew Umhofer and Rock v. Roll—but they’re all playing for a good cause: the Rock n’ Roll Camp for Girls, which you should know well. The State Room, 638 S. State, 7:30 p.m., $22.03, 21+, thestateroomslc.com

FRIDAY 12/8
The Rodeo Boys (Reunion Show), Starmy, The Rubes
In the upcoming issue is a feature on a reunion show by local favorites The Rodeo Boys. It’ll be their first gig since 2006 and perhaps their last one, ever. With Starmy and The Rubes opening, it’s gonna be a nice little blast from the past. Read more about it this Thursday. The Urban Lounge, 241 S. 500 East, 8 p.m., $5, 21+, theurbanloungeslc.com

Bandemonium Drawing
If, like me, you’ve always wanted to start a band but possess only a modicum of musical ability (if that), go put your name in the hat for Diabolical Records’ semi-annual musical matchmaking show, Bandemonium. The popular show, where the record store helps form bands for (typically) one-night-only shits ‘n’ gigs, returns after taking the summer off—and it’s quite welcome. And so are we, the posers: It doesn’t matter if we can only play the triangle or sing atonally; they will find something for us to do. And we might even get to play in a band with the esteemed Jeremy Devine (90s Television, The Nods, Cool Banana, Chalk), who hasn’t missed a Bandemonium yet. Plus, you get a whole two weeks to rehearse for your 10-15 minute set, which will happen on Dec. 23. “This, like all of our events, is meant to be wildly inclusive so please invite anybody and everybody to participate,” writes Diabolical on their FB event page. “These are always the funnest nights of the year.” Diabolical Records, 238 S. Edison St., 9 p.m., free, all ages, www.facebook.com/events/1216187288482431 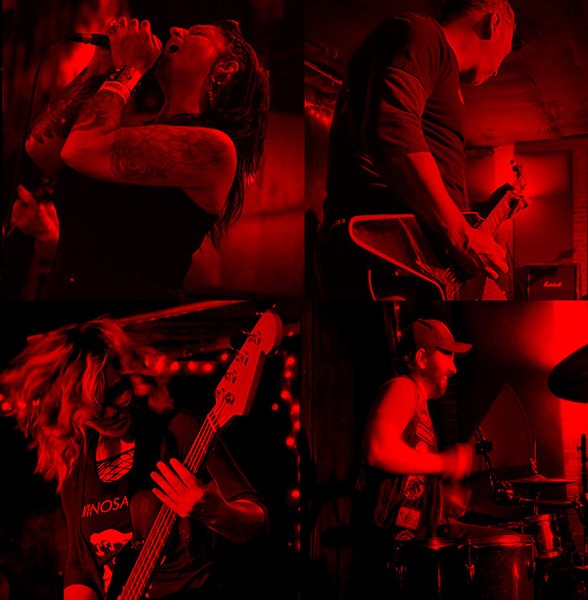 Full disclosure: Magda-Vega is a band featuring erstwhile longtime City Weekly music/online editor  and The Ocho/True TV columnist, Bill Frost on lead guitar. As you may know from his work in the bands Pijamas de Gato and Spörk, his tunes are always feasts of meaty riffs and smart, sardonically witty lyrics. M-V finds him at the top of his game, but this time the mic belongs to singer Robin Brown, whose sassy snarl sounds positively killer over the band’s blend of stoner, garage and surf rock. The band’s sophomore album Destroyer is streaming on Bandcamp and Spotify. I’ve yet to have the pleasure of hearing ostensible headliners Planet No Planet, whose web presence is scanty. But Magda-Vega’s event listing for this show calls the trio “fresh-faced hitmakers”—and the bass player looks a lot like local music legend JR Ruppel (SLUG magazine founder, member of Voodoo Swing and Jerry Joseph & the Jackmormons), which bodes extremely well. Big Willie’s, 1717 S. Main, 9 p.m., $, 21+, metromusichall.com