Calling it a “fake national monument,” conservationists organized a press conference Tuesday on the steps of the Utah State Capitol to unite against Stewart. About 150 people stood by in the frigid air with pro-monument signs and banners.


“Rather than seek to enhance this remarkable place and its undeniable, world-class objects, Representative Stewart as put them squarely in the crosshairs of an all-out assault,” he said.


On the heels of President Donald Trump’s visit to Utah where he signed a proclamation that scrapped Bears Ears and Grand Staircase-Escalante national monuments and created five smaller monuments in their place, two lawsuits have been filed in federal court.


“The Grand Staircase-Escalante National Monument was established to protect significant, world-class cultural, geologic and biological resources,” Bloch emphasized. The monument contains some of the world’s most remarkable fossils and cultural sites and red rock wilderness lands.” 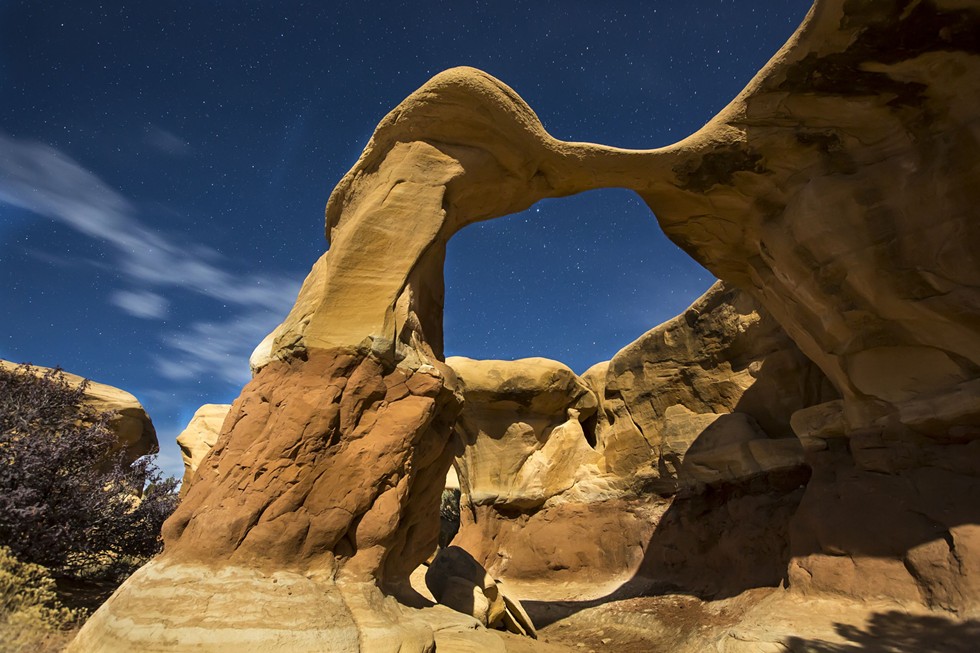 “If you were to believe the political establishment in Utah, there are no locals that support the monument ...That is a falsehood.”–Boulder Mountain Lodge co-owner Scott Berry tweet this

It was established in 1996 by President Bill Clinton. Bloch worries that Stewart’s bill would increase cattle grazing, and open up tracts of land to motorized vehicle travel and plunder by extractive industries. He also lamented a provision that would give management control to a board of local officials “who have long been hostile to this special place.”


“If you were to believe the political establishment in Utah, there are no locals that support the monument,” he said. “I can’t open up a newspaper or look at anything in the media and see the line repeated that all the locals oppose the monument and all think this decision was a wonderful act. I’m here to tell you as a local that is simply not true. That is a falsehood.”


Berry also pushed back against the narrative that the national monument has been ruinous for the local economy. “Every time our Congressional delegation brings that up, they should be called out on that. It should be pointed out that that is simply false,” he said.


At risk are the trickling rivers, hidden slot canyons and vast desert landscapes, according to the Utah Sierra Club.


“This place is nothing short of a revelation, our wildlands at their most extreme,” said Director Ashley Soltysiak.


Established in 1919, the National Parks Conservation Association advocates for national parks. Regional Director David Nimkin acknowledged the apparent irony in his group’s opposition to a bill that sought to create a national park. Nimkin described the piece of legislation as a Trojan Horse.


“We feel that this proposal from Congressman Stewart is really an insidious and cynical ploy to undo the protections that we feel are critical for the protections of our national parks,” he said. “Grand Staircase-Escalante National Monument is the connective fiber in one of the most remarkable parts of this state, indeed of the world.”


“Quite honestly, this is subtraction by addition,” Nimkin said.