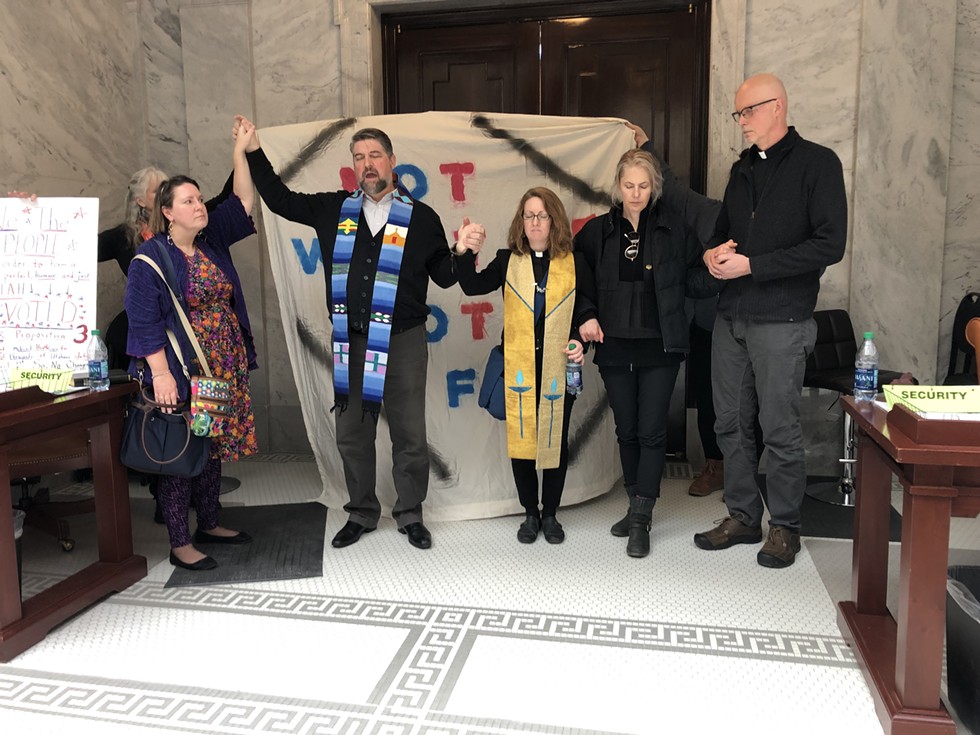 Prayer and shame weren’t enough. Despite a peaceful protest from ecclesiastical leaders, lawmakers advanced a bill Friday afternoon that would supersede a full-throated Medicaid expansion plan approved by 53 percent of voters last November.


Several clergymen and -women were seated outside the House chamber when lawmakers passed Senate Bill 96 by a vote of 57-19, capping a two-week mad dash to replace the Proposition 3 Medicaid expansion ballot initiative OK’d last year. “I don’t know who they’re beholden to, but our Legislature is clearly not beholden to us,” Rev. Curtis Price, of the First Baptist Church of Salt Lake City, said. “People are dying. People have died as we have debated this question. To me, it seemed a no-brainer to do everything we can to bring health care to those who need it.”


The two-thirds House majority means Prop 3 supporters would not be able to float a referendum to overturn the legislation should the governor sign it into law.


The bill caps expansion to 100 percent of the poverty line—$12,140 per year—and will cost the state more money, at least initially, than the expansion outlined in the ballot initiative. Supporters say SB96 would cost Utah less over the long term, while still providing coverage to people who would benefit from a Prop 3 expansion.


Before the vote, parts of Bountiful Republican Rep. Ray Ward’s House Bill 210 were added to SB96, in case the feds don’t grant Utah waivers to adopt its own form of Medicaid expansion. (Prop 3 would have been a pure ACA-approved extension, providing health care to people who earn up to 138 percent of poverty, or $16,753.)


The Senate will vote Monday whether to accept the House amendments, meaning Gov. Gary Herbert could sign the bill into law sometime next week. “I think we’re going to land this in a place that’s going to be good,” Herbert told reporters on Thursday.


The four faith leaders prayed outside the House chamber that Herbert wouldn’t sign the bill into law. “They’ve repealed the will of the people,” Price said of lawmakers’ efforts, pledging to take the fight to the governor’s office, to convince him to veto the bill.


Rev. David Nichols, from Mount Tabor Lutheran Church, said that the money to fund the full Medicaid expansion was out there. The Legislature doesn’t need to alter Prop 3 in order to cover the cost. “God has blessed this nation,” he said. “And so we simply ask the Utah Legislature to work together with the federal government and make affordable health care a reality.”


Price called SB96’s passing a “constitutional crisis” that convinced the clergy members to band together and rally at the Capitol. Their fight isn’t over yet. “It amounts to a war on the poor. I don’t understand,” he finalized. “It seems like every time they want to make a point, it’s at the expense of the poorest among us.”