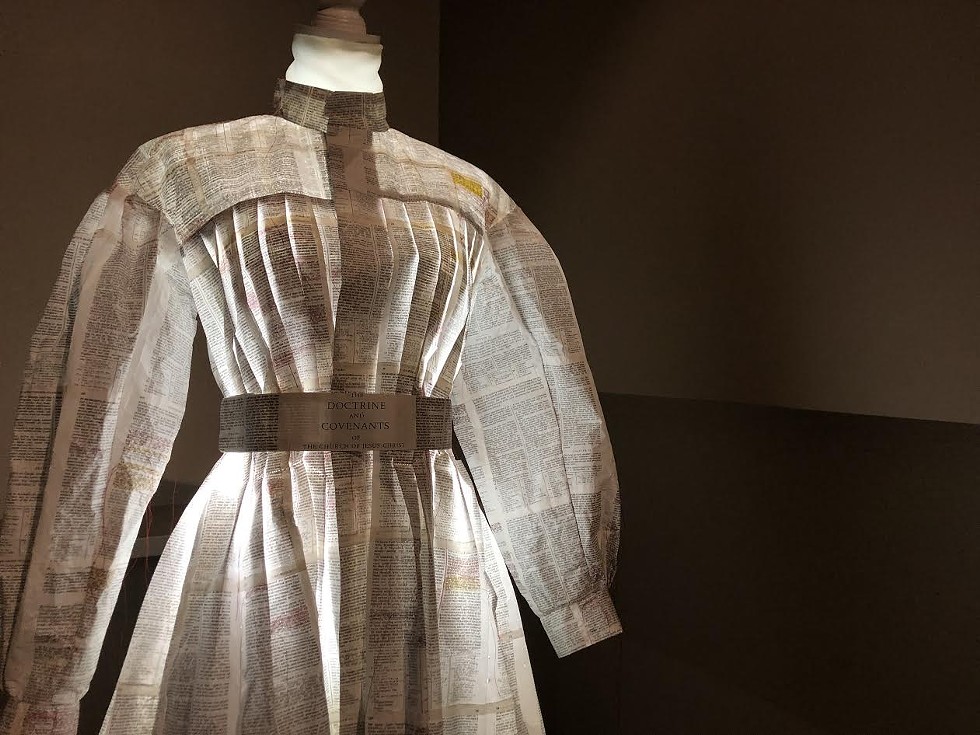 Starting this week, the Church History Museum kicks off its 11th International Art Competition. Until Oct. 4, the downtown museum displays a range of pieces that highlight the breadth and diversity of The Church of Jesus Christ of Latter-day Saints, and expand the canon of LDS art. An awards ceremony is set to take place at 6 p.m., Thursday, March 14, at Temple Square’s Assembly Hall.


“It only happens once every three years, but as an art community we look forward to it,” Salt Lake City artist J. Kirk Richards, who specializes in Judeo-Christian themes, says of the competition. “It’s a place where we can come and see what’s being done by our peers, and kind of also just see expressions of faith in a visual medium, which for a lot of us, that’s how we express our spiritual ideas.”


Kirk Richards is one of five jurors from three continents who evaluated 947 pieces submitted by artists the world over. Judges selected 151 pieces, from 26 countries, to be displayed in the museum.


The sculptures, installations, paintings and prints all responded to the theme “Meditations on Belief.” Artists’ inspiration for their pieces could have come from their own personal credence or a specific LDS doctrine. “There was quite a lot of work where artists were being quite personal with things that they have struggled with, and either overcame or things they learned in the midst of that struggle, however it was resolved,” curator Laura Allred Hurtado tells City Weekly. “I was really struck by their personal willingness to be honest within that space.” 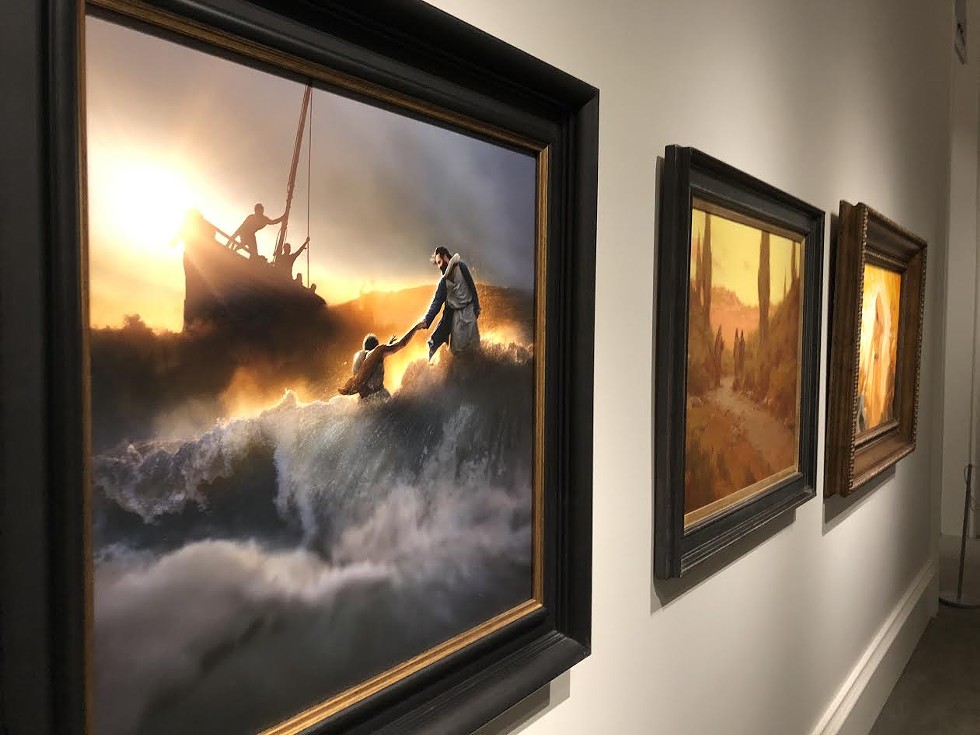 “When you think about faith and how big, how expansive the topic of faith is ... there’s no limit to the number of ways that that can be expressed in artwork.” —J. Kirk Richards tweet this

And it isn’t just old, white pioneers who are pictured in the gallery. There are sculptures and paintings of women from an array of backgrounds, and works honoring Armenian, Chinese and Ghanaian cultures. The pieces are loosely grouped into sections that have similar thematic representations, including animals, the cosmos, women’s devotional, the Book of Mormon, and of course, ol’ J-man Himself. Viewers can even take a guided meditation through the exhibit, exploring the different themes as they contemplate their own beliefs.


“When you think about faith and how big, how expansive the topic of faith is, how expansive the topic of God is in people’s minds, there’s no limit to the number of ways that that can be expressed in artwork,” Kirk Richards says. “One of the exciting things about the show for me, is to see the breadth of expression: there’s abstract work, there’s representational work, there’s conceptual work. It’s fun to see people approach faith and art from very unique places.” 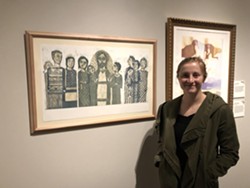 The exhibit marks the first time Sarah Winegar’s art has been displayed in a museum since she gave birth to her son. “I did a lot of stuff last year, then I had a baby, and then slowly came back into it,” the SLC-based artist says.


The print relief Winegar made for the competition is inspired by the Last Supper. “I kind of put my own context to it,” Winegar says of her piece, which won a purchase award. In the picture, Winegar’s family members surround Jesus on a colorless backdrop. Most people gaze at their savior, but a few don’t have their eyes on Him, instead looking either straight ahead or at the ground.


“The idea of all eating together, I think that’s just a really nice cultural thing that they did, and that we do. And I think it reminds me of being with my family,” Winegar explains. “I guess there are the sacred parts of it, but it’s a memory for me.”


Religion has always been a theme in Winegar’s work, and historic biblical events often serve as the basis of her inspiration. “When I can reinterpret them … it makes them even more relevant to me,” she says. “It just is familiar.”