SLC youth join thousands of students from around the world to demand action on climate change. 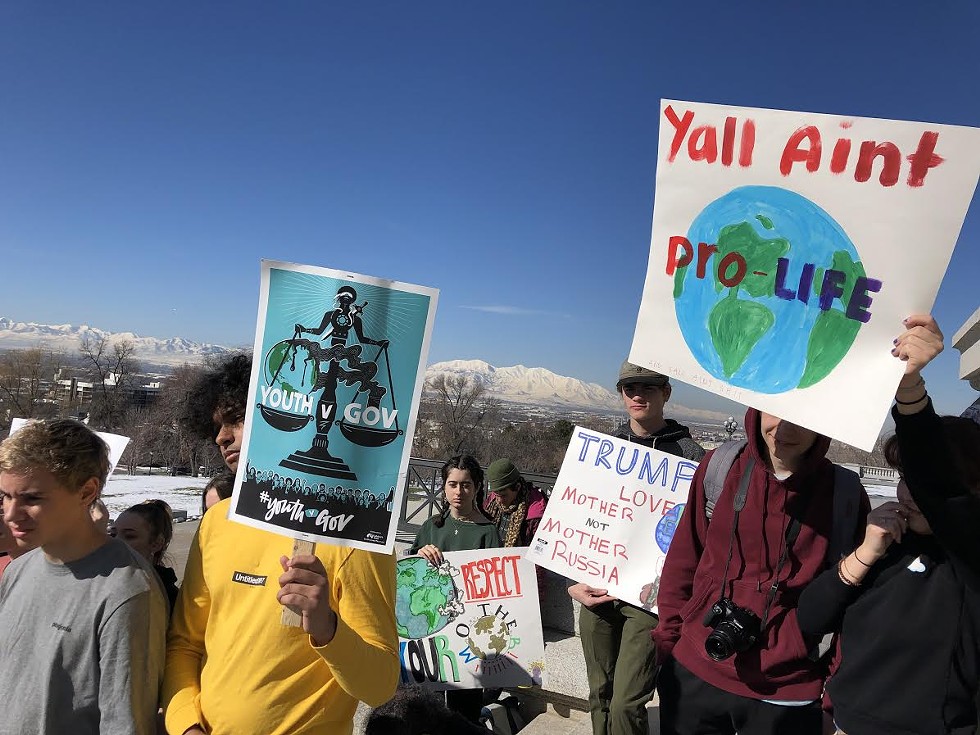 Sometimes the air quality in Davis County is so bad, Conner Murray and the rest of the Woods Cross High track and cross-country teams can’t run laps outside. Instead, they practice indoors, darting through their school’s halls, past their lockers and classrooms. “A lot of people trip and get injured,” Murray said. “It’s either cough up a lung, or trip and get a rug burn.”


Murray was among the hundreds of Utah students who skipped school Friday to rally on Capitol Hill and demand lawmakers take action to mitigate the effects of climate change. He and two friends held signs and cheered as activists—whose voices were amplified by seven stationary bikes that powered the speakers on the Capitol’s steps—called on local, state and national leaders to protect their generation’s lives.


“It’s something that affects not only me, but my children in the future, and everyone on the planet,” Murray said. “Why wouldn’t I be out here?” 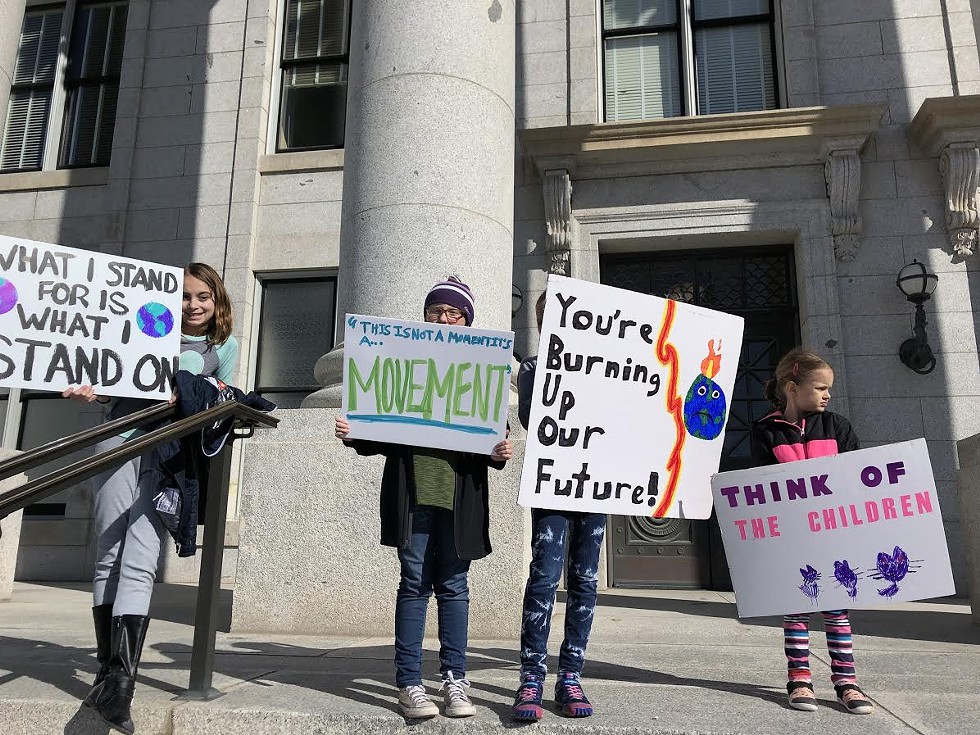 “We inherit this world. It is our home. Do we really have 11 years left? I will have barely left college.” —High school junior Andie Madsen tweet this

The Salt Lake City demonstration was one of more than 1,600 held across the world on March 15. Students from more than 100 countries left their classrooms to castigate politicians for their inability to work together to protect the planet from humanity’s recklessness.


The impetus for action has taken on a heightened significance after the United Nations released a cataclysmic report last year that warned there will be serious climate-related consequences—including floods, poverty and extreme heat—in the near future if world leaders don’t take steps to contain global warming to a maximum of 1.5 degrees Celsius.


“We inherit this world. It is our home,” Andie Madsen, a junior at West High, told the crowd. “Do we really have 11 years left? I will have barely left college.”


Madsen’s remarks mirrored others’. She ordered legislators to squarely face the crisis, and underscored her peers’ role in the fight to save Earth. “Young people do, in fact, have a voice,” she said. “And currently it seems louder than older generations.’”


The state’s 63rd Legislature ended the day before the rally. Madsen credited lawmakers with passing several bills that “address major components of combating the climate crisis, like supportive renewable and sustainable energy, as well as fossil-fuel tax amendments.”


The legislation is a step in the right direction, Madsen said, but more needs to be done. “This is our future that we’re talking about,” she said, “and we need to protect it.”


Kate Degroote, a senior at Skyline High, asked aloud when people will stop thinking of climate change as a partisan matter. “Since when does the idea of making sure our kids can breathe, and that our cities don’t flood, an idea that makes our politicians not want to work together?” she asked. “We need to realize that preserving our world isn’t a Democrat or Republican issue. It’s a human issue that has been fought for for thousands of years, and if we don’t take action soon, it will be too late.”


Anticipating that older people will deem the students as young and naive, 18-year-old youth organizer Mishka Banuri read an open letter to those who hold power in state and U.S. governments. “We are not new to the ways that they undermine us,” Banuri said, like when elders tell young people to earn a degree before raising the issue, or to take on an easier project. “But when we sit with our heads bowed in submission, only then are we called, ‘Utah’s bright and shining futures.’ If you don’t do your job to look out for the health of our communities, I will not sit with my head bowed down, I will not just be a good girl and go to school—I will question your authority until the end of time, because I know that it scares you.”


Pushing for climate justice, a Green New Deal and an end to the use of fossil fuels, as bikers pedaled silently beside her on the Capitol steps, Banuri proclaimed, “We are not young and naive. We are young and unstoppable. We have our eyes and ears on you. We will not be manipulated. The oceans are rising, and so are we.”