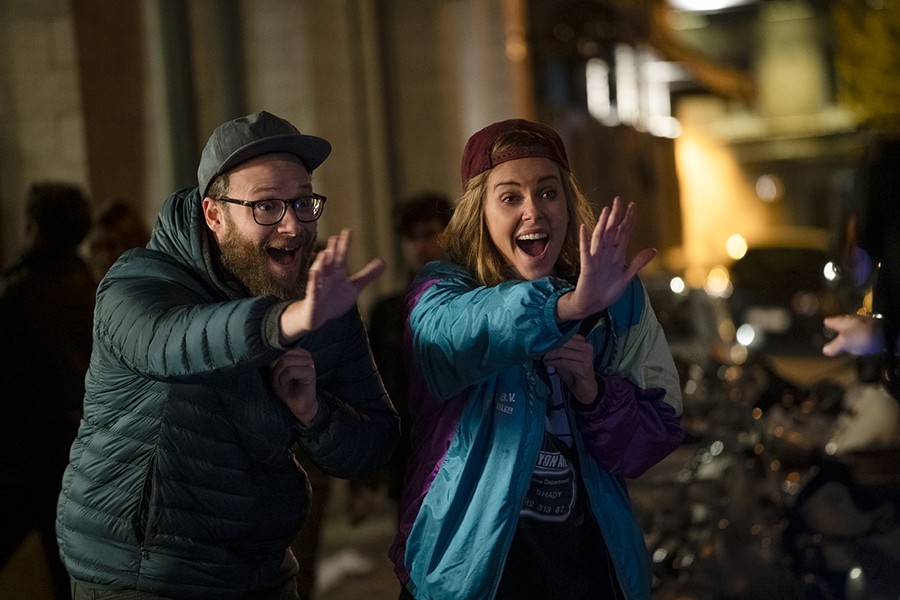 Avengers: Endgame might continue to dominate at the box office, but new entries this week offer a diverse slate of subjects, from UglyDolls to one particularly ugly human.

The famed sex therapist who was turned into something of a caricature during her 1980s rise to celebrity becomes a real flesh-and-blood person in this documentary profile by Ryan White (The Case Against 8). White follows Dr. Ruth Westheimer in the weeks leading up to her 90th birthday, exploring how the diminutive German-born Jew and survivor of the Holocaust became America’s most trusted dispenser of sexual advice. Much of the running time is spent on Westheimer’s history, with animated segments bringing to life her years in a Swiss orphanage during World War II, and even lesser-known details (yes, Dr. Ruth was a trained sniper during the 1948 Arab-Israeli war). It’s straightforward and respectful, much like last year’s Mr. Rogers documentary Won’t You Be My Neighbor?, though White draws clear connections between Westheimer’s biography and her later role as advocate for not “other-ing” gay Americans during the peak of the AIDS crisis. Mostly, it’s a portrait of resilience, and as good an explanation as any for why someone who endured so much turned into a cheerleader for finding as much of life’s pleasure as possible. Opens May 3 at Broadway Centre Cinemas. (R)—Scott Renshaw

The Intruder *1/2
After purchasing their Napa dream home, a suitable-for-framing couple (Meagan Good and Michael Ealy) begin to suspect that the previous owner (a perma-grinning Dennis Quaid) may have an unhealthy attachment to the place. There’s the way that he keeps popping up in their blind spots with a variety of sharpened garden tools, for one thing. The Home Invasion genre carries a primal charge at its core that’s tough to squelch, especially with mortgages on the rise. Danged if this listless thriller doesn’t give it a serious try, though, quickly burying any creepy potential with laughable dialogue, whisper-thin characterizations and baldly telegraphed scares. (Look out, he’s behind you! … Again!) Still, even if the rest of the movie is by-the-numbers, you can’t say the same about Quaid, who blends what seems to be a baker’s dozen of different villainous archetypes—and possibly a smidge of brother Randy—into one roiling, alarmingly jolly package. He gives it his all, even when he probably shouldn’t. Opens May 3 at theaters valleywide. (PG-13)—Andrew Wright

Long Shot ***1/2
Long Shot is not what you’re expecting. It’s not another rom-com about a doofus pursuing a goddess because he’s an idiot deluded enough to think he has a chance with her—and then getting rewarded by being right about that. Oh no! This is a politics-meets-pop-culture satire about a smart, principled journalist (Seth Rogen)—who isn’t a doofus, but probably could use some Queer Eye help with his fashion sense—getting hired by an Amazonian goddess (Charlize Theron) to be her [checks notes] speechwriter as she attempts to move up from her current job as [checks notes again] the U.S. Secretary of State to the big chair in the Oval Office. And then they embark on an unlikely but-really-not-that-unlikely romance. Because they are both really cool and have a lot in common, like [check notes one last time] wanting to save the world from our terrible, terrible leaders. Bonus: This sweet, angry-but-gentle movie features perhaps the funniest, most realistic, most human sex scene ever. It’s truly a romantic comedy for our horrible-but-let’s-stay-hopeful times. Opens May 3 at theaters valleywide. (R)—MaryAnn Johanson

László Nemes (Son of Saul) certainly has a distinctive visual sensibility, but thus far he’s paired it with stories where that sensibility feels perfectly, disturbingly fitting. In early 1910s Budapest, 20-year-old Irisz Leiter (Juli Jakab)—orphaned at the age of 2 when her parents died in a fire—returns home to the hat shop founded by her father, and discovers a mystery involving a brother she never knew she had. The unfolding of that mystery takes virtually the entire 142 minutes of Sunset, with a constantly shifting sense of whose perspective on events can be trusted, and how deep over her head Irisz is getting. Nemes builds the tension in her pursuit much as he did in Son of Saul, with a camera that often stalks just behind Irisz, or leaves potential threats just out-of-focus enough for them to seem even more potentially threatening. Jakab’s performance provides a restrained kind of ferocity as she pushes past everyone standing in the way of her determination to understand the secrets being kept from her, and while Sunset’s final scene hits an unnecessarily literal note, the road to that moment is thrillingly unsettling. Opens May 3 at Broadway Centre Cinemas. (R)—SR

UglyDolls **1/2
The main purpose of this animated feature is to make viewers aware that there is a line of plush toys called UglyDolls that they can buy; in that sense, the movie is a rousing success. It’s less praiseworthy as a piece of entertainment, but it’s better than a lot of toy-based content. It begins in Uglyville, the happy home of misshapen or irregular factory-rejected dolls, from which plucky Moxy (voiced by Kelly Clarkson) leads an expedition to learn where they came from and how they can fulfill their doll destiny of being loved by a child. She and her cohorts (voiced by Wanda Sykes, Pitbull, Leehom Wang and Gabriel Iglesias) find the Institute of Perfection, where flawless dolls are taught by their teen-idol leader Lou (Nick Jonas) how to be the best playthings they can be. But there’s no hope for a bunch of ugly misfits, is there? The message, about embracing your flaws and imperfections as the things that make you special, is a welcome one, and the songs (by Christopher Lennertz and Glenn Slater) are better than average. Opens May 3 at theaters valleywide. (PG)—Eric D. Snider

In this week's feature review, MaryAnn Johanson looks at the Steve Bannon documentary The Brink as a portrait of the banality of evil.
Prev
Next