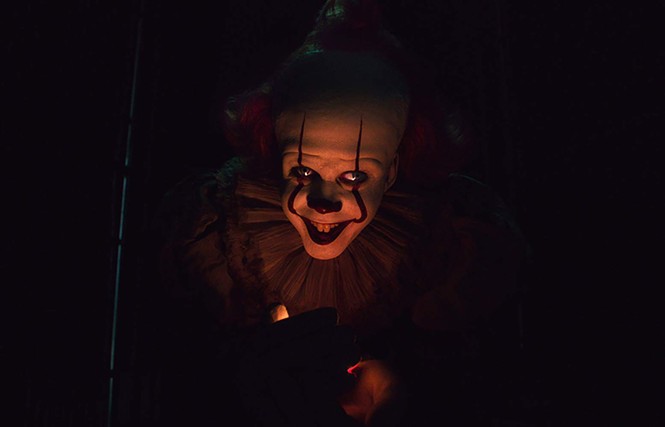 The Cat Rescuers ***
There are half a million abandoned and feral cats in New York City; this charming documentary introduces us to four volunteers who spend their own time and money trying to fix this inhumane situation in their own little corners of Brooklyn. Kickstarter-backed, this movie is, in many ways, the very epitome of the notion that we have to be the change we want to see in the world, in its depiction of a small-scale example of how the human relationship with nature damaged it, and the little things that can be done to make it all right again. Small acts go a very long way, but even the most devoted of cat lovers have limited financial and emotional resources, and so the movie gently advocates for the government support that could solve the problem for good. It’s all a tiny, delicate metaphor for the reshaping of attitudes we humans will need to make on a planetary scale, and the effort we’ll need to expend to clean up our enormous messes. It is a task, we may glean from The Cat Rescuers, that is not impossible, and not unrewarding. Opens Sept. 6 at Broadway Centre Cinemas. (NR)—MaryAnn Johanson

Fiddler: A Miracle of Miracles **1/2
Joseph Stein, Sheldon Harnick and Jerry Bock managed to take a bunch of individual stories—Sholem Aleichem’s 19th-century “Tevye the Dairyman” tales—and turn them into a beautifully cohesive narrative in Fiddler on the Roof. Director Max Lewkowicz isn’t quite as successful in his documentary about the beloved musical. Gathering interviews with the surviving creative team, as well as actors who have worked on productions over the years, Lewkowicz tracks Fiddler from its origins through its 1964 Broadway premiere, exploring the legacy that, as a postscript notes, has had a production up somewhere in the world every day since its debut. The resulting film is rich with anecdotes—about director/choreographer Jerome Robbins, songs cut from previews, etc.—but it bounces around so much that it rarely pulls together into something more than that. While there’s interesting material to be found in everything from Fiddler as early feminist statement to the different political world into which the 1971 film version emerged to the ongoing relevance of its refugee story, that’s not the same as having several provocative chapters feel like they belong in the same book. Opens Sept. 6 at Broadway Centre Cinemas. (NR)—Scott Renshaw

It: Chapter 2 **
At 169 minutes, It: Chapter Two is too long and too short. It’s repetitive (how many “come back to Derry” phone calls do we really need?). The scares are so similar to Chapter One’s that they devolve into blah territory. And the hate crime that opens the movie, though it’s in Stephen King’s novel, is tonally out of place in the film. But Chapter Two is too short because it drops seemingly important characters and plot threads without explanation. Why is that charming hotel always empty? What happens the victims of Pennywise the Clown (Bill Skarsgård)  this go-around? If you’re going to explain the clown’s origins (big mistake, though straight from the book), screenwriter Gary Dauberman and director Andy Muschietti could have explained a few other things, too—or made a third movie. The casting is spot-on with the exception of Isaiah Mustafa as adult Mike, who’s so stiff it’s like he wandered in from a different movie. But Mike has the unfortunate task of being the movie’s explainer, so maybe the problem is Dauberman’s screenplay. Sorry, Losers; It: Chapter Two just doesn’t work. Opens Sept. 6 at theaters valleywide. (R)—David Riedel

Vita & Virginia **1/2
Sometimes there’s no winning when it comes to a period-piece biopic. Play it straight, and it can come off stuffy and stagebound; go for something stylized, and it can feel forced and distracted. Director Chanya Button is more in the latter camp in adapting Eileen Atkins’ play, based on the correspondence between writers Virginia Woolf (Elizabeth Debicki) and Vita Sackville-West (Gemma Arterton) chronicling their romantic affair in the 1920s. The narrative emphasizes the differences between the two women—Woolf the troubled, almost ethereal member of a bohemian artistic set, Sackville-West a scion of privilege who had multiple lovers—in a way that gives Debicki’s haunted performance more room to flourish than Arterton’s portrayal of a flighty libertine. Yet while there’s some rich material in the risk Woolf takes in opening herself up, Button’s direction seems more concerned with visual flourishes—hallucinations by Woolf during her breakdowns; turning the women’s letters into monologues directly to the camera—and the modernist touch of an electronic score than with plumbing psychological depths. It may not be a rote chronology of events, but that doesn’t make it engrossing. Opens Sept. 6 at Megaplex  Jordan Commons. (R)—SR