Before You Know It, Raise Hell: The Life and Times of Molly Ivins, Sundance Shorts 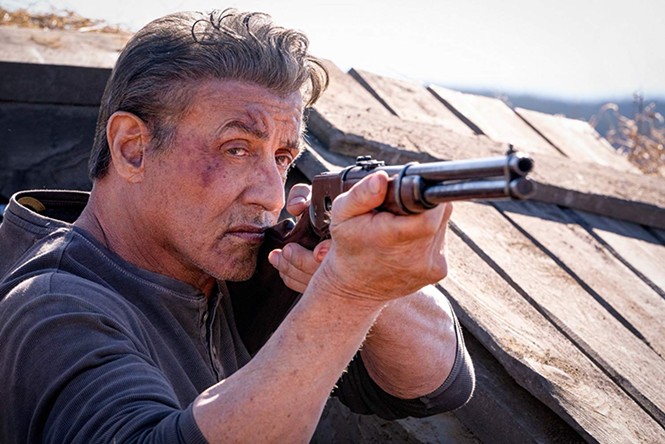 Before You Know It ***
On one level, this comedy-drama from Hannah Pearl Utt and co-writer Jen Tullock sprawls past the kind of narrative focus that could have made it great; it’s also affectionate and low-key enough to work anyway. The writers also star as sisters who’ve grown up above the New York theater owned by their father (Mandy Patinkin)—Rachel (Utt), the responsible, tightly-wound one, and Jackie (Tullock), flighty single mom to 12-year-old Dodge (Oona Yaffe). Much of the plot centers around the sisters’ discovery that the mother they’d long believed to be dead is actually alive and a diva soap opera star (Judith Light), which lends itself to some decent farcical moments. The strongest material involves Jackie’s desperate desire to connect with her mother juxtaposed with Dodge navigating adolescent girlhood without much help from Jackie; Yaffe is a natural as the anxious tomboy. Indeed, while the tension between Rachel and Jackie over how to re-connect with their mother becomes significant, Rachel is ultimately the least interesting character. The occasional laughs—including a great bit for Alec Baldwin as Dodge’s therapist—and gentle wisdom make it easier to cut the bumpy plotting some slack. Opens Sept. 20 at Broadway Centre Cinemas. (NR)—Scott Renshaw

Downton Abbey **1/2
The TV phenomenon comes to the big screen, and it’s unlikely to please anyone who isn’t already enamored of the fictional English country manor. The estate, ruled over by the Earl of Grantham (Hugh Bonneville), is a hotbed of ... niceness. Oh, the dowager countess (Maggie Smith) deploys an entertainingly wicked tongue, but how are all the servants so happy? Not only do they Know Their Place, they positively revel in servitude. The closest the movie comes to a villain is a resentful servant—who is visiting from elsewhere. This is fantasy, sure, but do devotees imagine themselves as perhaps a clever and resourceful maid (Joanne Froggatt) or an efficient and dedicated butler (Jim Carter)? Seems unlikely. No, the fantasy here is reactionary, a hankering for a world in which no one questions the status quo, where wealth and privilege are deserved and proper. The plot revolves around a visit to Downton Abbey from the King (Simon Jones) and Queen (Geraldine James), and the mild uproar the preparations for this occasion throw the household into. Even the minor bits of intrigue resolve themselves in ways that could not be more contentedly uncomplaining. Opens Sept. 20 at theaters valleywide. (PG)—MaryAnn Johanson

Raise Hell: The Life and Times of Molly Ivins ***
When profiling a subject with a distinctive voice, the smartest thing a documentary filmmaker can do is allow plenty of opportunity for that voice to be heard. That’s the wise choice made by Janice Engel in her film about Molly Ivins, the often-controversial syndicated columnist who combined her unabashed progressivism with a refusal to turn her back on her Texas roots. There’s little that’s groundbreaking in the cradle-to-grave approach, following Ivins from her Texas childhood through the various stops on her journalistic career before her death from breast cancer in 2007 at the age of 62. But Engel hits all of the key points crisply, whether it’s her short-lived, contentious tenure at the New York Times or her life-long struggles with alcoholism. Most significantly, she finds dozens of great clips of Ivins herself spinning yarns for people—on TV interviews, at public forums and lectures—in a way that gives the writer’s singularly tart-tongued sensibility a rich showcase. While sometimes it’s challenging to make an audience understand what made a writer’s style unique, here there’s never a question about how funny, smart and iconoclastic Ivins was. Opens Sept. 20 at Broadway Centre Cinemas. (NR)—SR

Rambo: Last Blood [zero stars]
What is true of the nation as a whole is also true of the Rambo series: The age of Trump certainly didn’t invent its ugly, violent and retrograde impulses, but it may have perfected them. A decade after he wandered up the road of his family’s Arizona ranch at the end of 2008’s Rambo, John Rambo (Sylvester Stallone)’s orphaned 18-year-old niece Gabrielle (Yvette Monreal) visits Mexico to find the father who abandoned her—which, of course, means that she’ll be abducted by Mexican human traffickers, sending Uncle John on the righteous warpath. The absurdist bloody excesses of Rambo ’08 are less ubiquitous here—leaving aside the scene where Rambo breaks a guy’s collarbone, punctures the skin with his thumb and pulls the bone out—up until the finale, which is like Home Alone by way of Mortal Kombat. But when it’s not being utterly incompetent as a simple narrative, Last Blood is plain old reprehensible, living in a world where women exist as victims to be avenged, and every brown-skinned man is a Bad Hombre who gets what’s coming to him. Please let that subtitle not be a false promise. Opens Sept. 20 at theaters valleywide. (R)—SR

Sundance Shorts ****
A rare chance to see some of today’s best short films on the big screen makes its annual appearance with provocative, award-winning annual showcase of modern global storytelling from Sundance Film Festival programming. Alexandra Lazarowich’s Fast Horse is a lively documentary look at a daring young man in Alberta, Canada, who races in a traditional—and incredibly dangerous—Native horseback relay. The Minors, by Robert Machoian, is a bittersweet verité portrait of an elderly musician jamming with his young grandsons. Stefanie Abel Horowitz’s Sometimes, I Think About Dying is a stunning dive into depression and disengagement. In Suicide by Sunlight, Nikyatu Jusu offers a smartly challenging slice of genre about an African-American vampire struggling with her supernatural curse. Meryam Joobeur’s Brotherhood introduces us to a young man returning home to his Tunisian farm, only to pick up the contentious relationship with his father. Animated charmer Muteum, from Äggie Pak Yee Lee, gives us a naughty child’s-eye view on great works of art. And Crude Oil is Christopher Good’s oddball tale of a young woman, her weird superpower and the toxic friendship she can’t seem to shake. Opens Sept. 20 at Tower Theatre. (NR)—MAJ