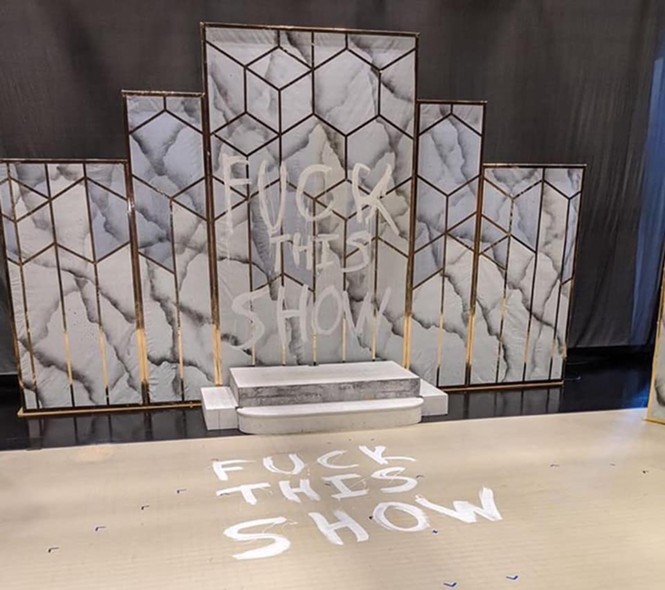 A week ago, Utah Repertory Theater Co. was two days away from opening its latest production. Today, the company is no more—the culmination of a whirlwind involving vandalism of the production’s set and a flurry of online allegations against the company.


Utah Rep initially posted to its Facebook page that the opening weekend performances of American Psycho: The Musical had been canceled as a result of vandalism of the show’s set at the Eccles Theater Black Box. On Monday, Dec. 2, American Psycho cast member Ryon Sharette—who also was credited as the show’s fight captain—wrote a long post on his own Facebook page, confessing to being the one responsible for the vandalism. He described in detail his experience with working conditions that he felt were unsafe, and his belief that the production would endanger performers who were sick or injured.


“I couldn’t just quit,” Sharette wrote. “The options that came to mind were suicide on set, arson, murder/assault, or destroying the set. I picked the best one of the options I saw. I didn’t think I had time to lead a boycott or other protest. The show had to stop and it had to stop now, today on opening night.”


More than 50 comments on Sharette’s post expressed support, and many shared the posters’ own personal experiences with Utah Rep. Later in the day, local theater professionals Beth Bruner and Mark Fossen began a private Facebook group titled “Utah Rep Boycott Reasons,” where multiple local performers and other theater professionals offered their own history of negative experiences with the company and its staff, including allegations of sexual misconduct.


Late Monday, Utah Rep posted to its official website and Facebook page an announcement that the production of American Psycho would not continue, and that the company was closing its doors entirely. “Utah Rep is grateful to all of the casts and production teams who made each of the company’s productions of more than 30 shows successful, and also to the audiences who supported the company mission to bring adventuresome shows with a powerful message to the Utah stage,” the message said. “The company’s plan to present American Psycho: The Musical unfortunately will not be produced following a cast decision to end the staging. All patrons who purchased tickets should contact ArtTix for a full refund … Utah Rep is proud of the productions it was able to bring to the various stages in Utah, and gladly support all future companies who wish to do the same.” Utah Rep producer JC Carter declined to comment further beyond the official news release.

Reached via text, Sharette said, “To quote my fiancé, I knew I had dropped a grenade over a wall but I had no idea the size of the grenade or how far it would reach.”