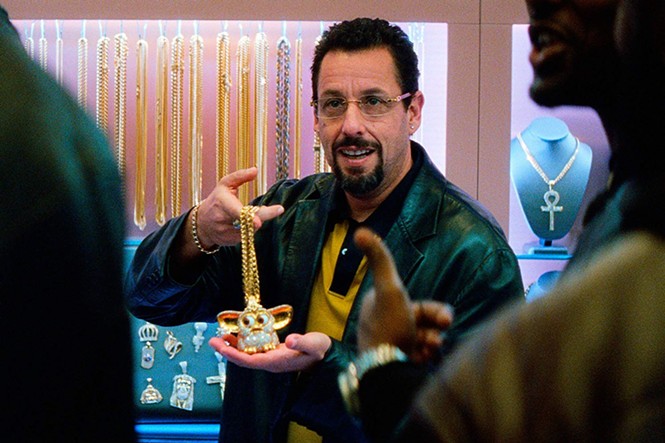 Spies in Disguise **1/2
You gotta hand it to the folks behind this computer-animated feature for getting a lot of mileage out of a ridiculous premise. Will Smith voices a cocky, Will Smith-looking secret agent who needs to disappear when he gets framed for a crime by a baddie (Ben Mendelsohn). He gets help from a super-intelligent—but, of course, highly nebbishy—scientist (Tom Holland) from his agency to help him disappear. But, unfortunately, he accidentally downs a potion that turns him into a pigeon—that’s right, a friggin’ pigeon. Stupid as this sounds, directors Troy Quane and Nick Bruno do come up with the usual amount of elaborate, screwball hijinks to properly appease the parent/kid combos in the audience, also properly populating the flick with an eccentric collection of star voices (Karen Gillan, Reba McEntire, DJ Khaled). They even squeeze in a message of pacifism, as Smith and Holland’s characters mostly argue about the best way to handle acts of terrorism: with force, or peace. I wasn’t expecting a flick where the Fresh Prince eats garbage, lays an egg and finds out how pigeons go to the bathroom to be so damn heavy. Opens Dec. 25 at theaters valleywide. (PG)—Craig D. Lindsey

Uncut Gems ***
Josh and Benny Safdie (Good Time) clearly like stories about screw-ups who can’t get out of their own way, and it’s almost immediately clear that we’re in the presence of another such character with Howard Ratner (Adam Sandler), a New York jeweler facing a likely impending divorce, mounting gambling debt and an accompanying threat of physical violence. But he thinks he’s got the thing that will finally solve all his problems: a rare black opal from Ethiopia that he estimates is worth more than a million dollars. The Safdies maintain a relentless momentum as Howard’s schemes repeatedly blow up in his face, with Sandler turning in strong work as the kind of man who’s always got a hustle, while never seeming to understand that the disaster of his life is his own fault. If anything, it’s all too relentless, made even harder to take by a punishing score by Daniel Lopatin. The character study doesn’t hold the same kind of thematic depth as Robert Pattinson’s furiously entitled protagonist of Good Time, but it’s still pretty consistently fascinating to rubberneck at this human car crash. Opens Dec. 25 at theaters valleywide. (R)—Scott Renshaw