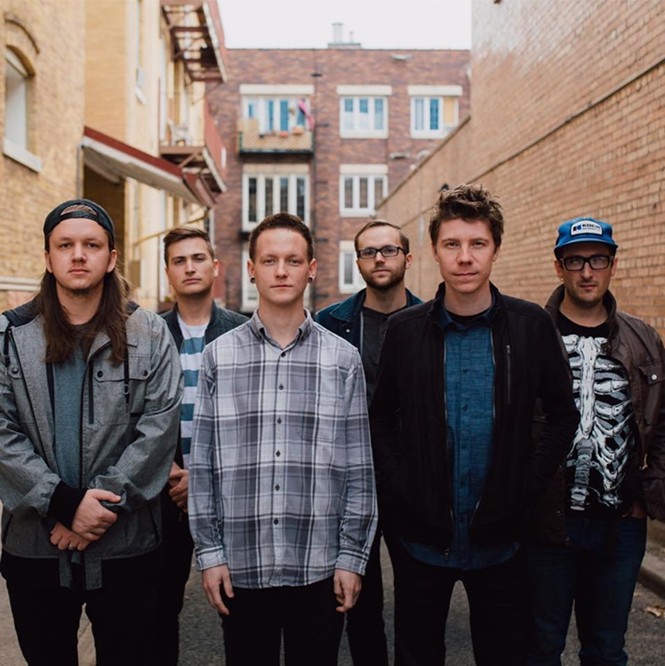 Ska fans can rejoice in not only a stacked night of ska bands this weekend at The Beehive, but in the showing of parts of the 2019 documentary Pick It Up! Ska in the ‘90s between sets, which details the hot flash that was ska in the 1990s, a movement that faded as quickly as it burst into life, but which left behind a subculture that had a lasting impact throughout the early aughts in cities like our own. I can think of several friends in bands these days—no matter the genre they dabble in—who got their start into music by loving ska as tweens and teens. Made “by ska fans, for ska fans,” the documentary is the kind of production the ska world is owned, chronicling the order of events and the movers and shakers in a way that’s been done for other subcultural movements from punk to shoegaze to metal. It’s filled out with high-profile interviews with members of ska and ska-adjacent bands like No Doubt, The Aquabats, Blink-182, Less Than Jake, Smashmouth, The Specials, Sublime and Reel Big Fish. Meanwhile, at the show, still kicking—or rather, skanking—bands will do their part in keeping the subculture alive, coming from as far away as Tijuana, Mexico (Los Kung Fu Monkeys) and New Jersey (Joker’s Republic). Other performances will include MONKEY from San Francisco, The Holophonics from Denton, Texas, Hans Gruber and the Die Hards from Austin, and local performances by The Anchorage and The Gringos. This night could be enough ska to last a lifetime, but fans probably still won’t be able to get enough.

If you grew up in the millennial generation, you probably spent your childhood witnessing your parents fondly reminiscing about the time they saw Bon Jovi when they were 16 after some crusty old hit like “Livin’ on a Prayer” comes on on the local Rock Radio Station (this pronounced with the grizzly growl of a radio host who thinks rock died with the youth of the stadium rockers). Well, my friends, I’m happy to report that the sands of time are coming for us now too, and emo rock is our hair metal, baby. I have grown up friends who’ve already attended the tours of the likes of The Main or All Time Low to indulge in the sheer joy of reliving their angsty tween years, when black-on-neon, teased hair, awful eyeliner, layers of shitty Hot Topic bracelets and Vans Sharpied over with emo kid proverbs like “RAWR XD” reigned supreme as the look du jour. On Twitter, people within my age group live-tweet their heart palpitations as My Chemical Romance teases new music. Luckily, fans of that whole time and its music don’t have to wait until those rapidly aging bands—who seemed so hot with their swoopy hair styles back in the day—go back on tour or release more music to immerse themselves in the spirit of days past emo. A seemingly nationwide event, the simply named Emo Night Tour is coming to Salt Lake City this weekend, where expert DJs will bump all the hits from the likes of Taking BAck Sunday, Fall Out Boy, Panic! At The Disco and My Chemical Romance, to name just a few. If you were an emo kid in high school, now you have the opportunity to understand the warm nostalgic feelings your parents always get when they hear a guitar solo and know that it’s Slash.