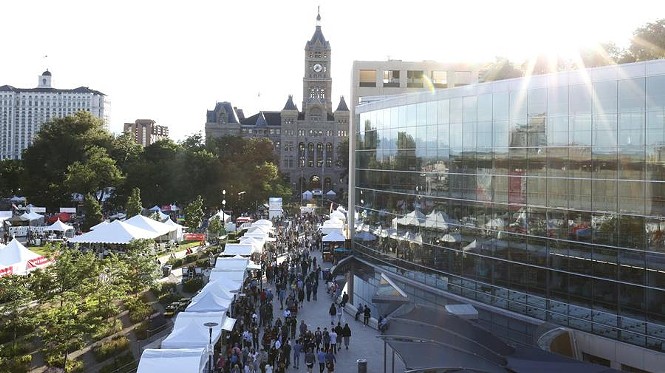 The optimism that the disruption caused by the COVID-19 pandemic could return to normalcy by early May has given way to a more frustrating reality of impacts continuing into the summer. Two traditional events on the Salt Lake City arts landscape have made announcements driving that reality home.

On March 31, the Utah Arts Festival issued a press release announcing that the 2020 festival—originally scheduled for late June—would be postponed "until June 2021," effectively meaning there will be no 2020 event. According to festival director Lisa Sewell, "Delaying the Festival until the late summer or early fall isn’t as easy as it might seem. There are many moving parts, many people and many factors to consider. The option was evaluated thoroughly, but ultimately uncertainty about the availability of artists, vendors, partners, and volunteers, as well as the developing situation with the COVID-19 pandemic, raised more concerns than solutions. For that reason, we believe it is in the best interest of all involved to postpone the event to 2021."

Today (April 1), the Salt Lake City Arts Council's annual Living Traditions Festival also announced a change from its originally-scheduled dates (May 15-17). The showcase of ethnic and cultural performing and visual arts is now tentatively re-scheduled for September 18-20, with a corresponding extension in participant application deadlines.