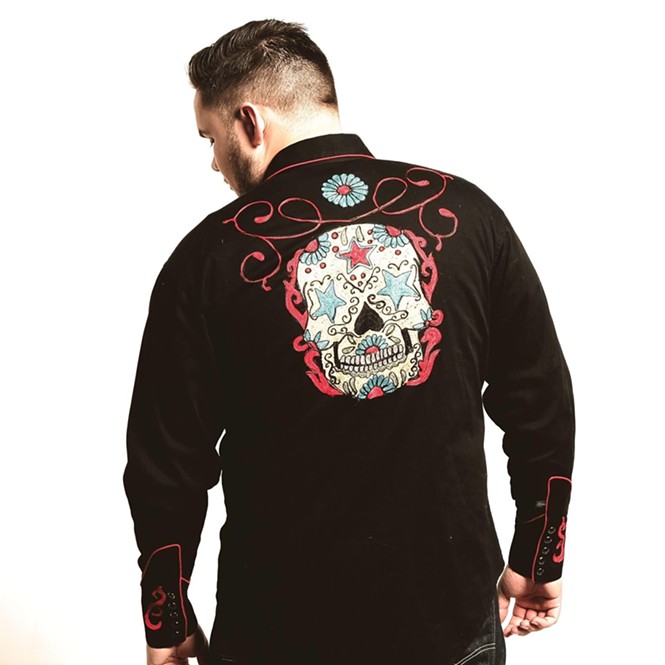 FRIDAY 4/24
Quarantine Livestream w/ Wyatt Lowe & The Mayhem Kings
Musicians have taken the loss of live gigs into their own hands, as live streams have become the new norm in our pandemic reality. Many local musicians are sharing streaming full concerts via Facebook’s Promontory Club Page. For fans of good ol’ fashioned country-inspired rock ‘n’ roll, catch Wyatt Lowe’s full concert on this Friday at 7 p.m. The Mayhem Kings have absorbed and re-packaged the ‘60s rock ‘n’ roll country and blues, and have brought it to the modern era. The Mayhem’s earlier album, American Iron, will bring joy to fans of Lynyrd Skynyrd, The Allman Brothers Band and other classic Southern rock bands. Lowe’s newest single, “Cry to Me,” takes a slightly more traditional country turn; it feels like an ode to the great style of old school Nashville country likes Johnny Cash and Patsy Cline. In fact, Lowe and his band boast an aesthetic similar to that of the rockabilly “Man in Black” that the old-school rebels will enjoy. While tensions are most definitely high for everyone, and social distancing is still key, watching live music is a great way to connect with our local music scene. So sling back a couple of whiskeys, throw on your favorite boots and dance the night away to Wyatt Lowe & The Mayhem Kings rock ‘n’ roll full concert stream—even if it has to be from your living room. You can find the live stream on Wyatt Lowe’s Facebook page. (Emma Roberts)

SATURDAY 4/25
Beehive Benefit Instafest
While it’s safe to say this pandemic is bringing out some of the lesser qualities in our system, it is bringing out the best in our local music scene. A collection of Salt Lake’s finest and grungiest emo, post-emo and generally noise-y musicians has organized a live concert to benefit the venue The Beehive Collective. Put together by musician Petr Chubak, this “instafest” will be hosted by each of the participating bands via their own Instagram pages. Various emo and emo-inspired bands—such as Choice Coin, Wounded Knee, Kevin Seconds and Picnics At Soap Rock—will be performing. The Beehive Collective is one of SLC’s precious underground venues, multi-functional as a space for punk/emo shows, art shows, zine pressings and more, so it’s an incredibly important space to keep alive for our artists and aspiring creatives. Following each set, there will be a 5-10 minute break so viewers can find their Instagram pages, and while the show is free, people are encouraged to donate if they are able to do so. Set times and Venmo information can be found on Petr Chubak’s Instagram, @petr_chubak. Feel free to check out the Bandcamp pages of the participating artists as well, and support them financially if possible. These are difficult times, but seeing our community come together and support each other is incredibly inspiring. (Emma Roberts)

SUNDAY 4/26
Sunday Brunch from My Living Room
Anyone who hasn’t been drinking at least a little more than usual during quarantine is either a master of self-control or a liar. With no bars to go out to, one’s own living room is the happening place to be these days, and local acoustic singer/songwriter Paddy Teglia knows it. Hailing originally from Illinois, this Utah transplant frequently takes the stage at many beloved local spots around Ogden like The Yes Hell and the Lighthouse Lounge, the latter being a spot where he’s both played and spun classic records at their Wednesday Vinyl Nights. However, the pandemic has not only interrupted these regular activities for the artist-about-town, but they’ve funked up his birthday plans, too. Instead of playing his traditional birthday show, he’ll be doing it from that new aforementioned happening spot: his living room. On the page for the event, he cheekily writes, “I figure I'll do it hungover, possibly drinking more, from my living room. I'll be playing/bullshitting from Noon-2p.m. on a live stream.” Pandemic or no, Teglia is just one more local artist adapting to new norms and carrying on with the help of a laptop camera and a little Sunday brunch booze. Whether you’re a fan of Teglia or just miss the Sunday Brunch sets at the Lighthouse Lounge, you can’t go wrong by going over to the event page on April 26 at noon, mixing up a Bloody Mary and settling in for the virtual birthday bash. (Erin Moore)