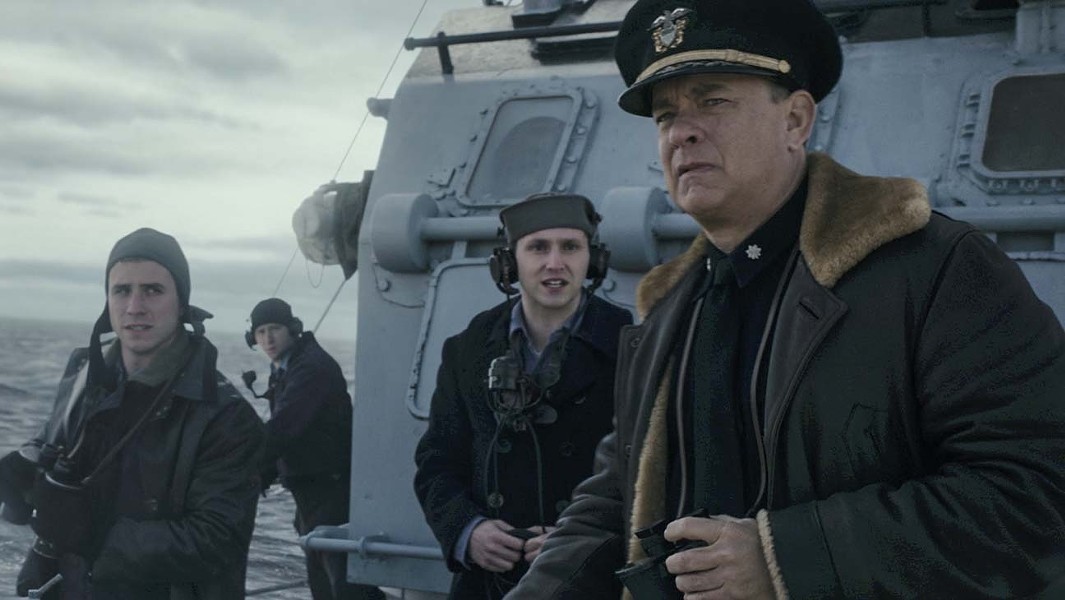 Bloody Nose, Empty Pockets ***1/2
The concept is so simple, it's almost comical: Bill and Turner Ross (Tchoupitoulas, Western) spend 24 hours at a Las Vegas dive bar called Roaring 20s, which also happens to be the last 24 hours before the bar closes its doors for the last time. Except it’s not so simple, because they shot their “documentary” in New Orleans with a non-professional “cast.” With their signature observational style, the Ross brothers introduce us to collection of employees and regulars as indelible as any fictional creation: Shay, the tough bartender who's also trying to keep an eye on her teen son; David, perpetually looking to get someone to fight him; Pam, who's proud enough of her “60-year-old titties” to show them off; and especially Michael, an ex-actor who for all practical purposes lives at the bar. On one level, it is about the way such places become makeshift families for the outcasts and oddballs who congregate there, even as Michael himself tries to dismiss such sentimental notions. It's tempting to say that, while there are plenty of entertaining episodes, not much happens in Bloody Nose, Empty Pockets. That's only if you aren't interested in hanging out with people being their bawdy, authentic, alcohol-fueled selves, or if you think it's “nothing” that all of them will soon be left without one of the few places where they feel safe and accepted. Available July 10 via VOD. (NR)

First Cow ****
Many of director Kelly Reichardt’s favored themes—the power of companionship, simple survival, economic uncertainty—coalesce magnificently in yet another beautiful exercise in filmmaking restraint. Working again with frequent collaborator Jonathan Raymond—and adapting Raymond’s 2005 novel The Half-Life—Reichardt visits the Oregon Territory circa the 1820s, where itinerant cook Cookie Figowitz (John Magaro) meets Chinese immigrant King Lu (Orion Lee) at a remote outpost. There they begin a business collaboration built on stealing milk from the only cow in the region, owned by a wealthy local landowner (Toby Jones). In some ways this is a suspense tale set in an unforgiving time and place, yet the modern-day prologue also removes a bit of that tension in favor of a certain fatalism. What remains is both an economic parable and a tale of unconventional friendship, where capitalism collides with basic decency. Magaro’s pitch-perfect performance becomes the ideal representation of that dynamic, conveying what happens when somebody who is fundamentally kind and gentle faces the realities of a cutthroat world. With a quiet confidence that bypasses all pedanticism, Reichardt and Raymond offer a sweet and sad reminder of the violence behind our mythologies of bootstraps social climbing. Available July 10 via VOD. (PG-13)

Greyhound ***
If you’re looking for the cinematic equivalent of those paperback WWII military thrillers your dad just can’t get enough of, you’ve got it, in all of its meat-and-potatoes glory. Tom Hanks (who also adapted the screenplay from a C.S. Forester novel) plays Ernest Krause, a U.S. Navy commander whose first mission escorting Allied supply ships across the North Atlantic on the destroyer Greyhound in February 1942 is a doozy, with a pack of prowling German U-boats closing in. There’s a hand-wave to a back story for Krause, involving a brief flashback to the woman back home (Elisabeth Shue), but from a character-study standpoint Greyhound is almost entirely about the burden of command, with Hanks conveying both Krause’s faith-based sense of the moral consequences of decisions, and his growing weariness and self-doubt after days without sleep, food or the chance to get off his feet. If you’re worried that things will get tedious in a narrative that consists mostly of barked orders and military jargon, though, fear not: Director Aaron Schneider does a remarkable job of conveying the geography of the various threats to the Greyhound and the convoy ships, all within a tight 85 minutes. Greyhound might not be loaded with personality, but it certainly brings home the high-seas adventure. Available July 10 via Apple+. (PG-13)

Guest of Honour **
What happened to Atom Egoyan? Twenty years ago, you could have made a case for him as one of the most promising directors in the world; now, you only seem to find him making preposterous melodramas. His latest is framed by a woman named Veronica (Laysla de Oliveira) visiting a priest (Luke Wilson) to plan the funeral of her father, Jim (David Thewlis), leading via flashback into the narrative’s two main threads: Jim’s lonely life as a restaurant health inspector, and the circumstances that once landed Veronica in jail. There are vague ideas floating around here about guilt and reputation, connected by the anguish that comes from wondering what the people you love are capable of. The problem is that the plot dynamics driving those ideas are so consistently dumb that there’s no way for the emotions to resonate, while Thewlis’s performance in particular can’t find the right register to suggest whether Jim is driven more by grief, or anger, or jealousy. Longtime Egoyan creative partners like cinematographer Paul Sarossy and composer Mychael Danna insure a certain sense of silky style to the proceedings—until you remember what the story is asking you to accept, and it becomes hard not to stifle a snicker. Available July 10 via VOD. (NR)

No Small Matter **1/2
Advocacy documentaries tend towards tediousness and stridency, so it’s refreshing when one can be both so earnest about its position and so relatively fleet-footed about pitching it. Directors Danny Alpert, Jon Siskel and Greg Jacobs explore the importance of early childhood education, discussing the science behind the importance of pre-school development, the factors leading to disparities in outcome, and a prescription for giving more children a better shot at success. The filmmakers at times get a little silly and overly literal in their choices, from a clunky filmstrip-style info to prove their point that “beginnings matter,” to images that visually underline every spoken word. But No Small Matter also does its job reasonably well by telling individual tales of parents struggling to balance economic realities and their kids’ best interests, and pre-school teachers whose enthusiasm collides with crappy pay. It’s hard to imagine someone watching a movie like this who didn’t already support the thesis at hand, but if you’re going to preach to the choir, at least it’s nice to take only 73 minutes to do so, and tell a few compelling stories along the way. Available July 10 via SLFSatHome.org. (NR)

The Old Guard **1/2
As reassuring as it might be to get a comic-book movie in this strange summer, this one is also a reminder of how comic-book movies can be most frustrating: when they’re so grim and purposeful that they’re not much fun. Greg Rucka adapts his own graphic novel series about a group of immortal warriors led by centuries-old Andy (Charlize Theron) whose existence becomes known to a biotech CEO (Harry Melling) who wants to figure out how to harvest their regenerative abilities. A young Marine named Nile (Kiki Layne) manifests herself as the latest immortal, and the character provides the audience’s necessary entry point—and a lot of necessary exposition—into the world of these ancient mercenaries. But mostly what we learn about them is that living forever isn’t all it’s cracked up to be, an existential despair that isn’t exactly fresh in stories about, say, vampires. Director Gina Prince-Bythewood crafts some solid action beats to accompany the speculation on whether heroic action matters, and finds a unique angle in the loving partnership between two of Andy’s colleagues. Yet while Theron brings the bad-ass intensity to the best of her ability, she can’t do quite enough to take this narrative’s gloomy overcast and transform it into blockbuster energy. Available July 10 via Netflix. (R)

Palm Springs ***
At a Sundance Q&A for this fanciful comedy, director Max Barbakow and screenwriter Andy Siara tried to suggest that their premise was inspired by Groundhog Day, rather than a de facto remake—but I mean, come on. That doesn’t mean there isn't plenty of charm and humor in this story set at a Palm Springs destination wedding, where Sarah (Cristin Milioti), the sister of the bride, meets Nyles (Andy Samberg), the boyfriend of one of the bridesmaids—and winds up pulled into the same time loop Nyles has been experiencing for a long time, awakening every morning to that wedding day. It is a solid twist to shift the concept so that someone joins the protagonist on his journey, and needs to play catch-up with how the whole “system” works. The sense of discovery for viewers comes entirely from the jokes the filmmakers can wrestle from the characters’ understanding that their actions have no long-term consequences, and both Samberg and Milioti have great fun with that notion. It’s a bit less effective at re-creating Groundhog Day’s moral arc, especially when there’s almost no sense of what specifically Nyles is happy to be escaping from his pre-loop life. Good comedy is hard enough to find that it’s okay to realize we’ve lived through this story before. Available July 10 via Hulu. (PG-13)

Relic ***
A complicated dramatic subject—dealing with the escalating dementia of an elder parent—becomes body horror in Natalie Erika James’ unsettling Sundance 2020 thriller. The film casts Emily Mortimer as Kay, an Australian woman who travels to the family home with her 20-something daughter Sam (Bella Heathcote) when Kay’s mother, Edna (Robyn Nevin), goes missing. Edna ultimately reappears just as suddenly as she disappeared, but something is … different. James goes to the well of some of the most obvious genre tropes—things that literally go bump in the night, scary images that turn out to be bad dreams—and doesn’t entirely develop a mythology of place surrounding Edna’s house. But the final half hour kicks into high gear with a creepy sense of being trapped by family obligation, and a few truly effective disturbing images. Most surprisingly, it ends on a note of tenderness that pays off its extended metaphor about what happens when someone you love becomes someone you no longer recognize—and how to turn an instinctual fear and revulsion into something patient and kind. Available July 10 via VOD. (R)