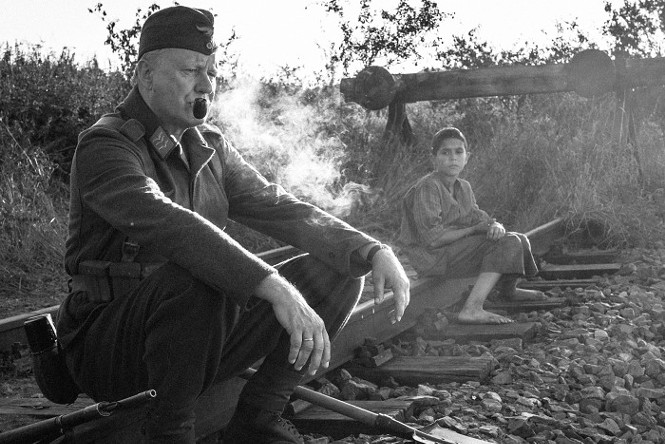 Flannery **1/2
PBS American Masters profiles of great artists often feel like dutiful checklists of a life story, but directors Elizabeth Coffman and Mark Bosco at least find something slightly more probing in their exploration of writer Flannery O’Connor. Certainly they touch on all of major factors that shaped her life and work, from the Georgia towns where she lived nearly all of her life to her Catholic faith to the battle with lupus that left her ill and isolated for 12 years. A rare televised interview from 1955 also shows the shyness that defined her personality, while excerpts from letters and journal entries—read by Mary Steenburgen—add depth to the friendships that were important to her. Yet along with the biographical detail, there’s a real attention to O’Connor’s work itself, partially from clips of filmed versions of her stories but also in animated segments that truly capture the grotesquerie so characteristic of her greatest works. Most significantly, those who speak—whether fellow writers, literary scholars or personal friends—attempt to re-claim the author’s legacy from the simplistic dismissal of how she chronicled the racist world in which she lived. Flannery O’Connor’s attempts to find God in the lives of damaged people prove more complicated than the number of times she used the n-word. Available July 17 via ParkCityFilm.org. (NR)

The Painted Bird *1/2
One scene in writer/director Václav Marhoul’s adaptation of Jerzy Kosinski’s novel literalizes the metaphor at work in the title: that anything different is going to be the target of violence by others. And man oh man is this movie determined to bear that out in brutal, agonizing, 170-minute detail. The episodic story follows an adolescent Jewish boy (Petr Kotlár) through World War II-era Eastern Europe, encountering some familiar acting faces—including Harvey Keitel as a priest, Stellan Skarsgård as a Nazi, Barry Pepper as a Russian soldier—after he’s left alone following the death of his elderly caretaker aunt. It’s easy to draw a connection to Schindler’s List thanks to the black-and-white cinematography, plus a touch of Empire of the Sun in its story of an abandoned boy in war-torn times. But our protagonist is such a blank canvas that virtually all that remains is the punishment to which he is subjected—including pretty much everyone who seems on the verge of being nice to him turning out to be a rapist—and the often worse punishment to which other people and animals are subjected. Yes, the tone is to be expected from the milieu, and it’s clear the narrative wants to reveal how the pain this kid suffers destroys his psyche. It all simply turns into an excruciating ordeal that shares the not-particularly-startling idea that war is hell and it fucks people up. Available July 17 via VOD. (NR)

Runner ***
Inspirational sports stories come in a wide range of shapes and sizes, and director Bill Gallagher finds a unique angle in this documentary about the life of Guor Maker (aka Guor Marial), a refugee from war-torn South Sudan who made his way to the United States and made international headlines by qualifying for the marathon at the 2012 London Olympics. As compelling as Runner is at relating the story leading up to that Olympic moment—including animated sequences re-creating the terrors of his childhood—it actually gets more interesting in dealing with the aftermath. That’s when Guor commits himself to helping the newborn South Sudanese nation prepare more athletes, entangling himself in the politics of international sports and sacrificing his own training to serve as a symbol for his country. The question of whether Guor will be able to shake off the burdens of his other responsibilities and qualify for the 2015 Rio de Janeiro Olympics provides some natural drama, but there’s plenty of emotion in this character study of a man who feels the mere fact of his survival obliges him to give back. Available July 17 via SLFSatHome.org. (NR)