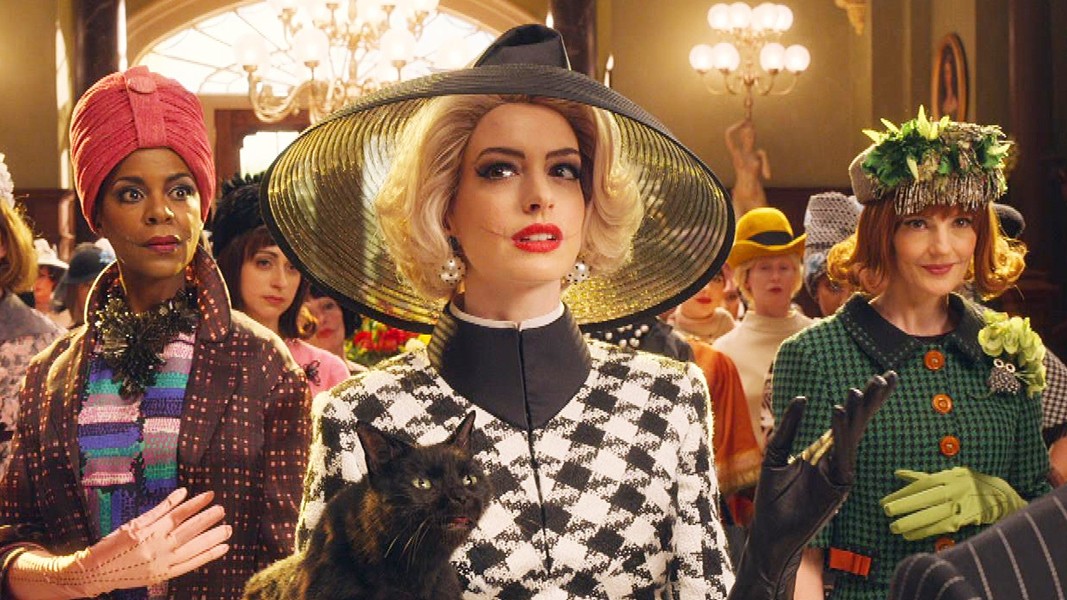 Bruce Springsteen’s Letter to You ***
Less a documentary than a video album with audible liner notes, director Thom Zimny’s chronicle of the recording sessions for Bruce Springsteen and the E Street Band’s new Letter to You album walks a delicate line between effectively capturing The Boss at a contemplative life moment, and turning into his big wet sloppy kiss to his collaborators. With the exception of some interstitial images of snowy landscapes and archival footage of the band members, Zimny’s black-and-white footage remains largely focused on the studio, with full performances of 10 of the album’s 12 tracks and occasional banter about choices for the arrangements. Naturally this will be catnip primarily to Springsteen fans, showcasing the music while Springsteen’s occasional narration emphasizes his thoughts about the passage of time and mortality (including deceased E Street-ers Clarence Clemons and Danny Federici. If it’s not particularly insightful about the players or their relationships as they just keep toasting and laughing like one big happy family, it does the job of making the music seem like a personal conversation—not just Bruce Springsteen: Letter to You but Bruce Springsteen’s Letter to *You*. Available Oct. 23 via Apple TV+. (NR)

Coming Home Again ***
A somewhat familiar premise gets a thoughtful, restrained approach in director Wayne Wang’s adaptation of an essay by Chang-rae Lee. Justin Chon stars as the film’s version of Chang-rae, an aspiring writer who leaves his job in New York to return to care for his mother (Jackie Chung), a first-generation South Korean immigrant in the late stages of stomach cancer. The narrative is built largely around familial tensions, including the mother’s reluctance to accept Chang-rae’s help, and the resistance of his sister (Christina July Kim) to their mother’s wishes to end treatment. But Wang’s filmmaking approach, favoring extended master shots rather than back-and-forth cuts, allows those tensions to emerge without overwrought drama, emphasizing how much remains unspoken between these people. Wang isn’t immune from going a bit too big at key moments, or unnecessarily on-the-nose with a Leonard Cohen music cue. Those mistakes are forgiveable when the focus is on Chang-rae’s attempts to make his mother’s trademark dishes for a New Year’s Eve dinner, the preparation of food becoming an almost sacramental act of trying to maintain a connection that appears to be disappearing. Available Oct. 23 via SLFSatHome.org. (NR)

Citizens of the World ***
The light comedic sensibility of writer/director Gianni Di Gregorio (Mid-August Lunch, The Salt of Life) masks a social conscience that can bend in unexpected directions. Di Gregorio also stars as a seputagenarian retired classics professor in Rome who decides with his old friend Giorgetto (Georgio Colangeli) and new acquaintance Attilio (Ennio Fantastichini) that their limited financial resources can go farther if they move to another, less expensive country. What follows is mostly low-key episodic humor, as the three men respectively try to figure out the logistics of a planned relocation they all approach with some anxiety, and a realization that none of them are as flush with cash as they might need to be. The twist comes as Citizens of the World makes it clear that its three protagonists, while far from wealthy, might need to develop an appreciation for how good they have it relative to others, like the Malian immigrant (Salih Saadin Khalid) who borrows Giorgetto’s shower. Di Gregorio wanders into a couple of narrative dead ends, and his character study of set-in-their-ways seniors is always more about smiles than outright laughs. But maybe there’s something appealing about the notion that set-in-their-ways seniors can learn enough perspective to think beyond their own desire for more comfort. Available Oct. 23 via SLFSatHome.org. (NR)

The Planters *1/2
For those seeking a cavalcade of eccentricity that feels like someone threw Wes Anderson, Miranda July and Napoleon Dynamite into a cloyingly sweet blender drink—by all means, have at it. Alexandra Kotcheff and Hannah Leder co-wrote, co-directed and co-star in this deadpan “comedy” about a lonely telemarketer named Martha Plant (Kotcheff), whose side hustle is burying stolen tchotchkes in the desert then posting GPS coordinates for people to leave her money for the treasures, and who takes in a woman named Sadie (Leder) with multiple personalities who has been released from a financially-strapped mental hospital. If that description alone is giving you the quirk-hives, wait until you get to where Kotcheff and Leder have Sadie start seeing visions of Bible stories that manifest themselves as clay-mation vignettes. Visually, they favor kind of static medium-shot compositions that evoke some of those aforementioned influences, but neither the story nor the performances give that sensibility any spark (though Leder does a fine job with Sadie’s 4-year-old child personality). It’s all meant to service a narrative about Martha breaking out of her shell of isolation, but the way Kotcheff and Leder tell that story is so hermetically sealed in its stylistic tics that too little actual humanity can escape. Available Oct 23 via SLFSatHome.org. (NR)

Radium Girls **
The thing about earnest fact-based dramas is that they need to have something going for them besides being earnest and fact-based. This one takes us back to 1925 New Jersey, where sisters Bessie (Joey King) and Jo (Abby Quinn) work at the American Radium factory applying glowing paint to watch faces, unaware that their job might be killing them. The primary character arc is built around Bessie’s evolution from movies-and-radio-crazy party girl to Communist rabble-rouser, but King simply lacks the gravitas to deliver an anchoring performance. What’s left is a predictable march through the company’s goons trying to spook Bessie, and a sick underdogs-vs.-Heartless Big Corporation courtroom tale that really wants to be a flapper Erin Brockovich but lacks the ability to infuse its righteous indignation with actual personality. Co-directors Lydia Dean Pilcher and Ginny Mohler try to boost the energy with archival footage connecting this story to other worker and women’s rights struggles, but as important as this case might have been in terms of establishing a precedent for workplace safety, the movie version is no more interesting that reading its Wikipedia page. Available Oct. 23 via ParkCityFilm.org. (NR)

Synchronic ***
Like low-budget progeny of Christopher Nolan, Justin Benson and Aaron Moorhead (The Endless) appear to be fascinated with wrapping their thematic material in science-fiction stories with a non-linear conception of time. Here they focus on a pair of best friends and New Orleans paramedic work partners, Steve (Anthony Mackie) and Dennis (Jamie Dornan), who begin encountering the victims of a designer drug that might be sending them into the past. Between a convenient Dr. Exposition von Science Guy and Steve’s various experiments, Synchronic spends a lot of its running time attempting to lay out the rules for how the drug affects people, for how long, etc. It’s important, therefore, that Benson and Moorhead are able to do so with a bit of playfulness (including a nod to Back to the Future) and a recognition that there are certain places in Louisiana’s history where a Black man would not want to find himself. Along the way, they try to tell a story about living in the moment and appreciating the life you have, which feels like a somewhat simplistic homily to put so much plotting effort behind. The filmmakers are solid genre craftsmen; if they can get just a slightly tighter rein on their underlying ideas, they might just go places.  Available Oct. 23 in theaters. (R)

The Witches **
Robert Zemeckis should be an ideal filmmaker for a fantastical tale like Roald Dahl’s novel, but clunky storytelling keeps colliding with his need to go big. Much like the source material and the 1990 Nicolas Roeg/Jim Henson Studios version, the narrative remains focused on an orphaned boy (Jahzir Bruno), his caretaker grandmother (Octavia Spencer), and their encounter during a seaside holiday with a convention of child-hating witches, led by the Grand High Witch (Anne Hathaway). Zemeckis (credited with co-scripting, along with Guillermo Del Toro) spends a bit more time on the young protagonist’s grief, and on injecting some life lessons into the story, all while never quite finding a legit thematic reason for setting this story in the 1960s American South with Black main characters. The adventure eventually commences, and Zemeckis still has a gift for crafting clockwork set pieces, even if these are at times a bit too clearly designed for a theatrical 3D presentation. But the nimbler sequences don’t belong in the same movie with Hathaway, who goes full diva with her character’s theatrical villainy and Norway-by-way-of-Natasha Fatale accent. Lacking the warm fuzziness Roeg’s version had by offering talking mice as Muppets, Zemeckis’ interpretation stirs his blockbuster sensibilities, Dahl’s darkness and morality tale into a big pot, where the flavors never come together. Available Oct. 22 via HBO Max. (PG)