Let Him Go, The Informer, Jungleland, A Rainy Day in New York and more. 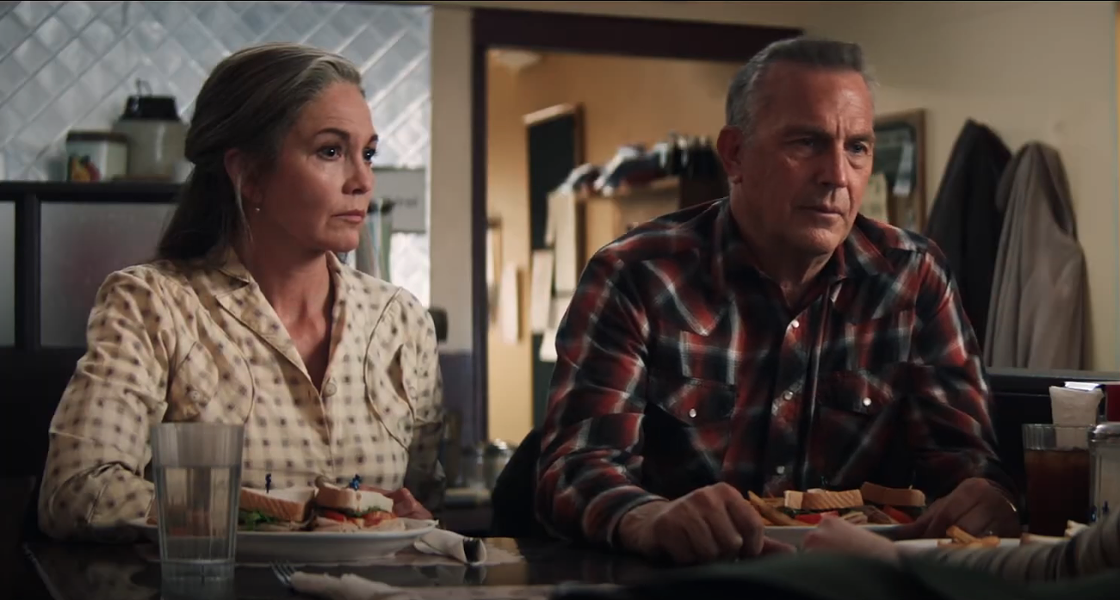 The Informer ***
Co-writer/director Andrea di Stefano has a lot of stuff to pack into her adaptation of a Swedish novel, but keeps her wronged-man narrative at the center just enough to provide a foundation for the dense plotting. Joel Kinnaman plays Pete Koslow, an ex-military ex-con working as an FBI undercover operative inside the Polish mafia. When one attempt to take down the boss (Eugene Lipinski) goes wrong, Koslow is forced to go back into prison for another assignment to try to get his life back. What follows find Koslow caught between multiple opposing forces—his FBI handlers (Rosamund Pike and Clive Owen), an NYPD detective (Common), his mob compatriots, rival gangs inside the prison—in a way that always seems to be upping the stakes and giving Koslow a new and unexpected danger to escape. While Kinnaman has sometimes made for a blank leading man, here he provides a solid sense of growing desperation, and enough improvisational intelligence to match his physicality. Some of the climactic payoffs get a little ridiculous, whether in straining credulity or seeming unnecessarily convoluted, but for the most part, this is the kind of gritty crime thriller that delivers the visceral goods while playing as solid character drama as well. Available Nov. 6 in theaters. (R)

Jungleland **1/2
You’ve probably seen a dozen movies like this before, and this one—from co-writer/director/son-of-The-Fonz Max Winkler—almost executes the formula well enough for that familiarity not to matter. It follows a pair of brothers—bare-knuckle fighter Lion Kaminski (Jack O’Connell) and his manager/trainer Stanley (Charlie Hunnam)—on a road trip from Massachusetts to California for a $10,000 “battle royale” tournament. But because of Stanley’s gambling debts, they’re also required to transport a young woman named Sky (Jessica Barden) for delivery to a crime boss (John Cullum). The heart of the narrative is in the sibling relationship, and the performances are great at capturing the dynamic between Hunnam’s squirrelly hustler and O’Connell’s earnest but punch-drunk fighter. The interaction with their reluctant cargo is a bit less successful, though Barden does fine work conveying Sky’s own sad back-story. It just all feels too rushed at just over 90 minutes, not allowing time for the villain’s menace to emerge, and leading up to a climax where one character’s decision makes absolutely no sense. The small touches—like Lion’s dopily flirtatious gesture of untying one of Sky’s shoes—get lost when the finale falls just short of its potential emotional punch. Available Nov. 6 in theaters. (R)

Let Him Go **1/2
It’s a shame when it feels like a crazy plot is getting in the way of a perfectly solid character study, but that’s kind of what happens in writer/director Thomas Bezucha’s adaptation of a Larry Watson novel. In 1960s Montana, retired sheriff George Blackledge (Kevin Costner) and his wife Margaret (Diane Lane), having lost their adult son to a horse riding accident, find themselves trying to look out for the safety of their young grandson when their son’s widow (Kayli Carter) marries an abusive man. That quest entangles the Blackledges with the new husband’s crazy kinfolk, including Lesley Manville as the domineering matriarch in a performance that feels like Melissa Leo over-selling Jacki Weaver’s Animal Kingdom mama bear, and a few scenes of not-for-the-squeamish violence. But Let Him Go is much better when focusing on the relationship between Thomas and Margaret, allowing for Costner and Lane to show an easy chemistry that’s more than “Man of Steel’s Ma and Pa Kent Go Vigilante.” The obvious multiple meanings for the film’s title provides a fine psychological base, until the threat of homicidal country bumpkins—and an ill-advised attempt to pull Native American residence schools into the story—over-complicates a tale of love and grief. Available Nov. 6 in theaters. (R) 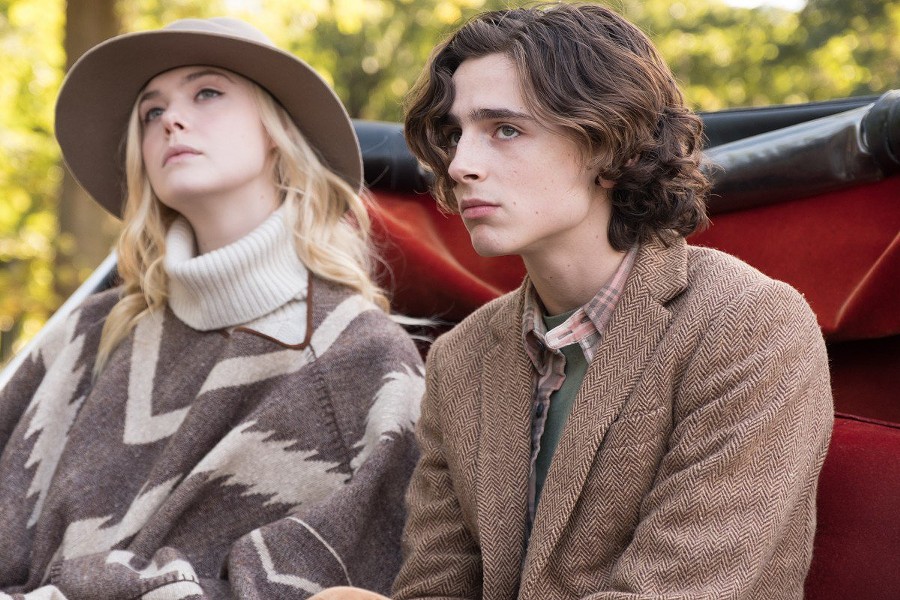 A Rainy Day in New York **
I mean … we’ve run out of things to say about new Woody Allen movies, right? Not just because those things inevitably become subservient to what we know and/or suspect about him as a person, but because Allen himself long ago seemed to run out of things to say worth making a new movie about. His latest attempt at effervescent dramedy casts Timotheé Chalamet and Elle Fanning as Gatsby (yes, swear to God) and Ashleigh, a college couple who head to Manhattan for a weekend, where her assignment to interview a famous movie director (Liev Schreiber) and his wandering spirit lead them on very different misadventures. Gatsby and Ashleigh are merely the latest variations on familiar Allen types—he the intellectual Woody surrogate who drops references to Irving Berlin songs, she the doe-eyed ingénue that older men can’t help but fall for—in a narrative that suggest the cultural interests of American 20-somethings ossified 70 years ago. If there’s anything of interest here, it’s Selena Gomez as the sister of Gatsby’s ex-girlfriend, in an eye-opening performance that somehow manages to make Allen’s ridiculous dialogue sound frisky. She’s about the only thing there that makes it feel as though A Rainy Day in New York has emerged from being filmed in 2018, rather than 1978. Available Nov. 10 via VOD. (PG-13)

The Santa Box **1/2
Yeah, it’s broadly pitched, and hindered by one major casting choice, but there’s enough heart in this family-friendly made-in-Utah holiday tearjerker to paper over a number of sins. Widowed single mom Rachel Watts (Tatum Langton) and her middle-school-age daughter Kallie (Cami Carver) move to a new town just in time for the holidays—a time Kallie now associates with multiple tragedies including the death of her father and a fire destroying all their possessions. Her perspective starts to shift, however, thanks to her friendship with her neighbor Otto (Shawn Stevens), an elderly German Jewish World War II survivor, and the appearance on her doorstep of a mysterious box granting Christmas wishes. Much of the conflict revolves around the over-the-top villainy of the neighborhood diva (Cindy Perez), which makes for more melodrama than drama. And the 50-something Stevens, in old-age makeup, can’t quite pull off the worldly gravitas required to make Otto’s wisdom sound like more than needlepoint platitudes. Fortunately, Carver makes for a tremendously appealing heroine, and writer/director Spanky Dustin Ward manages to sell a notion of forgiveness that feels pretty necessary right now. Don’t be surprised if the same eyes you’re occasionally rolling also aren’t getting a little misty. Available Nov. 6 in theaters. (NR)