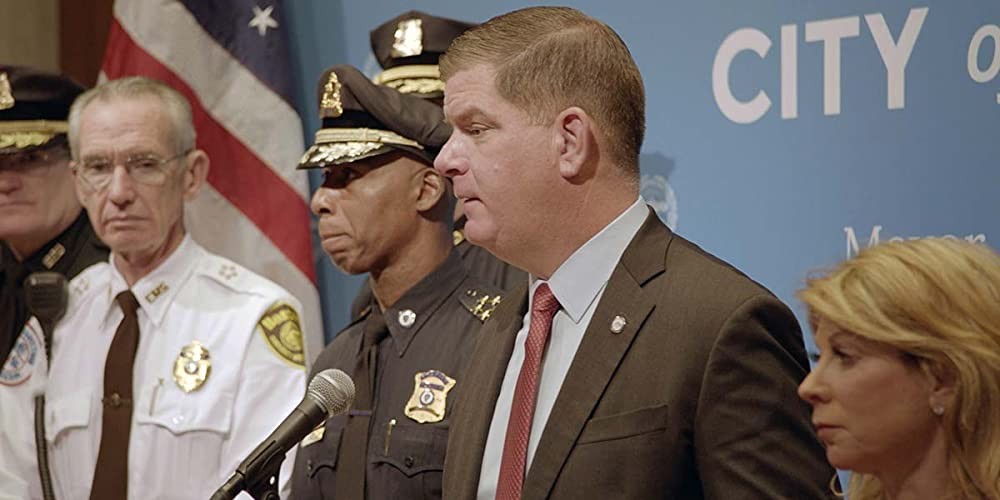 Because Frederick Wiseman has spent his 50-year-plus career as a documentary filmmaker focusing on institutions—civic, artistic and commercial—there’s an accompanying notion that he doesn’t make movies about people. That should be a preposterous suggestion to anyone who actually watches his movies, which are steeped in the idea that institutions only function because of the passions of those who are part of them, or who hold those institutions to account. It is true, however, that in his fascination with how many people are required for an institution to function, Wiseman has generally not made documentaries about a person, as though there were too much to explore to devote an inordinate amount of time to one face and one voice.

Perhaps it’s exaggerating things to suggest that Wiseman’s City Hall is a documentary fundamentally about Boston mayor Marty Walsh. After all, events or meetings at which Walsh is a participant might amount to around one-third of the film’s epic 274-minute running time. Yet it does often feel like City Hall is less about City Hall than it is about the guy in charge of it, or at least about the impact of his philosophy on the city’s operations. In a quest to find someone in the age of Trump who is not running a government entity like a complete psychopath, Wiseman seems to fall victim to a bit of hero-worship.

He is, not surprisingly, covering a lot of ground in observing the workings of Boston municipal governance during the fall of 2018 into early 2019. It’s a time span that includes the latest Boston Red Sox World Series championship, so we see Walsh at a news conference planning for the celebratory parade, as well as the parade itself. And it includes the 2018 mid-term elections, so we see Walsh chatting with his staff about the possibility of working in a more positive way with the soon-to-be-sworn in Democratic majority in the House of Representatives.

Mostly, though, we watch a city wrestling with its long history of inequity and injustice. Much of that process involves committee meetings and official city-led activities where either Walsh himself or administration officials talk about the need to address the systemic economic inequities for people of color or for women. Most memorably, it takes the form of a community meeting in Dorchester, where a proposed cannabis dispensary leads to an animated conversation about the majority-minority community’s long history of political decisions that don’t consider their input. Like Wiseman’s In Washington Heights, City Hall feels most thrilling when it focuses on people stepping up to make sure their communities aren’t overwhelmed by forces beyond their control.

Yet every time you turn around, there’s Mayor Walsh, who always seems to have his heart in the right place while also always seeming to have a place in front of Wiseman’s camera. A Veterans Day community gathering, allowing veterans to share riveting stories, ends with Walsh somehow trying to turn his experience as a recovering alcoholic into an analogy for troubled veterans; the Fenway Park celebration for the Sox ends with Walsh talking to a news crew about the importance of sports for civic pride. As much as Walsh himself generally seems aware that being a white guy means he needs to listen to other voices—especially noteworthy during a planning session for the potential 2020 NAACP national convention in the city—
Wiseman somehow keeps returning to the suggestion that the mayor is the voice of the city.

Wiseman has too keen an eye for fascinating detail not to include plenty of moments celebrating those doing the simpler work of city government, from an inspector checking on a rat infestation to the public works employee who tears up the parking tickets given to a guy who was rushing back for the birth of his first child. While some of the lengthy sequences don’t entirely justify all of the time spent on them, as has been true of several recent Wiseman features, there are also hypnotic bits like the power of a garbage truck to absorb several mattresses and a discarded propane grill. The frustration with City Hall is that even if Walsh’s leadership offers an example for a more inclusive brand of city government, it’s weird to see a Frederick Wiseman movie that ends with one guy giving a big speech about his accomplishments, followed by a standing ovation from the assembled crowd.