SOUNDR Releases Monsters In My Head
SLC native SOUNDR mixes pop punk and the edgy aesthetics of EDM on her debut EP Monsters In My Head, which is a no-filter emotional work that shifts between “go to hell” vengeance energy and personal, raw sincerity. It’s a Gen Z creation through and through, both in that SOUNDR has no problem leaning into being the bad guy on “Dumb Dumb,” and in that cliches like “rest in pieces” are combined with a hashtag. The song is carried through with the kind of pop-punk power chords that Machine Gun Kelly relies on. The rest of the songs on Monsters In My Head carry a more sensual, crushing energy, like on “It Me,” where SOUNDR narrates going postal on an ex alongside a noirish backdrop of spooky synths and effects. It’s a strong debut collection of songs for the artist and especially appropriate listening for this cool, dark time of year. Listen to it while you’re getting dressed up as a bloody, knife-wielding corpse bride. 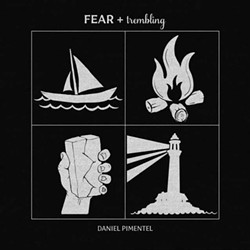 Daniel Pimentel releases Fear & Trembling
Local artist Daniel Pimentel just came out with his second full-length album on Sept. 22, following his first 2015’s Selfish Songs. That year, SLUG Magazine noted in their review that Pimentel is an artist who “attempt[s] such a vast variety of sound … each song is a natural progression of the one before it, creating a moderate balance across alternating genres.” Much is the same here in 2021, on an album that Pimentel created during the height of the pandemic. It’s hard to tell where this album is at its strongest, because it’s all over the place—from Jason Molina-type snarling guitar and melancholy (“Ghost Story”) to bluesy, dark grooves (“Afraid of the Dark,” “Phenomenal”), it’s hard to place Pimentel in a genre. But that doesn’t make it any less fun to listen to, because wherever Pimentel leaps, he lands something that’s tasty to listen to—with the unifying factor of his chirping electric piano parts. Highlights include “Isolation” where lo-fi vignettes, made up of dusty drum-filled and spooky keys, recall the early days of Death Cab For Cutie (We Have the Facts-era), which is nice, and a niche indie sound that feels lost to time. And while Fear & Trembling is about “faith, the importance of love and nostalgic longing for the sacred simplicity of childhood,” there’s also a searching in these songs that so wildly shift. The blues track “Babel” fixates on the blues: Pimentel sings, “I want the passion of a bluesman who just found religion / kind of like Son House, but with a little more recognition / I wanna write a catchy chorus that compels my generation / to overthrow the abomination, desolation.” Decide for yourself if he does that and listen on all streaming platforms.