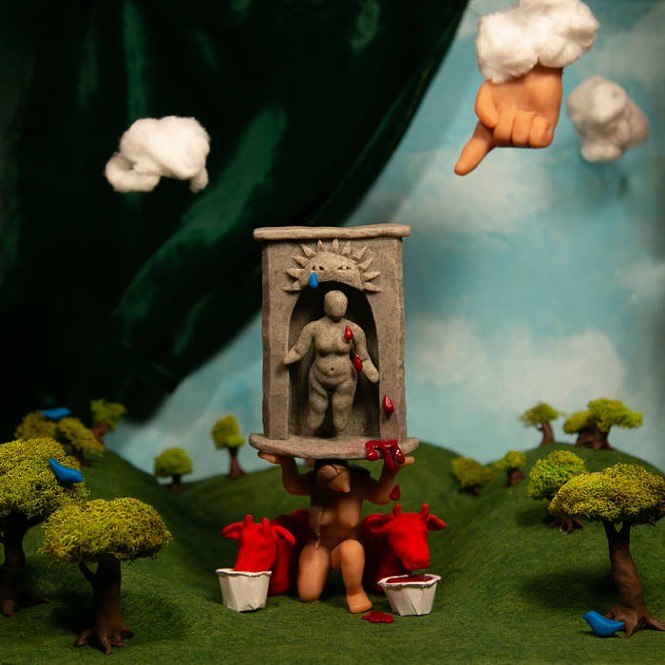 Alyssa Pyper’s Salt Crust
For a deeply affective album that would be spare if not for the richness of its every note, listen to Alyssa Pyper’s album, salt crust. The Salt Lake musician put out the album earlier this fall, and it is a haunting trip through the consciousness of a person bound up in deep, spiritual introspection, and the swirl of symbolic imagery she uses to describe that inward looking. Not only is Pyper’s lyricism compelling poetry on its own, but it finds an equal partner in her instrumental accompaniment—on the sixth track, “ruin-ate,” her violin acts almost as a second voice for Pyper, at some points even rubbing raw with a low creak, like a voice breaking with emotion. On “crimson crown” the instrument becomes a stark swirl of plucks, which grow from delicacy to something like aggression, or chaos. The keening violin takes over the end of the song, invoking drama, and throughout that song in particular, the eerie works of Geneviève Castée feel most kin to Pyper. And while all the songs on the album speak to tensions, of religion or desire, “garden of eve” is by far the most heart-wrenching—it is claustrophobic, and frantically builds with sharp, twisting, strings that beat with the urgency of a panicked heart. In it, however, Pyper sings carefully “Garden of Eve / stuck on my sleeve / tear off / tear free,” and with the instruments quietly screaming around her, easily conveys the feeling of a snake “caught in my lung / can’t think / can’t breathe / snake inside of me.” Later, though, it seems that Pyper does at least temporarily escape the things that plague her. In “salt crust, off my feet,” she sings about taking herself back, and using her feet to run to the next song “in the water,” where she settles into some kind of transformation. However, on the swelling closer, “prayer,” things seem to curl back inwards, and she sings, “you’re afraid and you cry / the salt still crusting you inside”—the only lyrics in the song. It is an album to sit and listen to while doing nothing else, because Pyper’s words, and her violin, create an almost tangible effect in the air, commanding a physical presence in the room. No live shows of Pyper’s seem to be on the horizon, so listening online is a must. Visit alyssapyper.bandcamp.com to find the album.