The diverse sounds of an evening radio show. 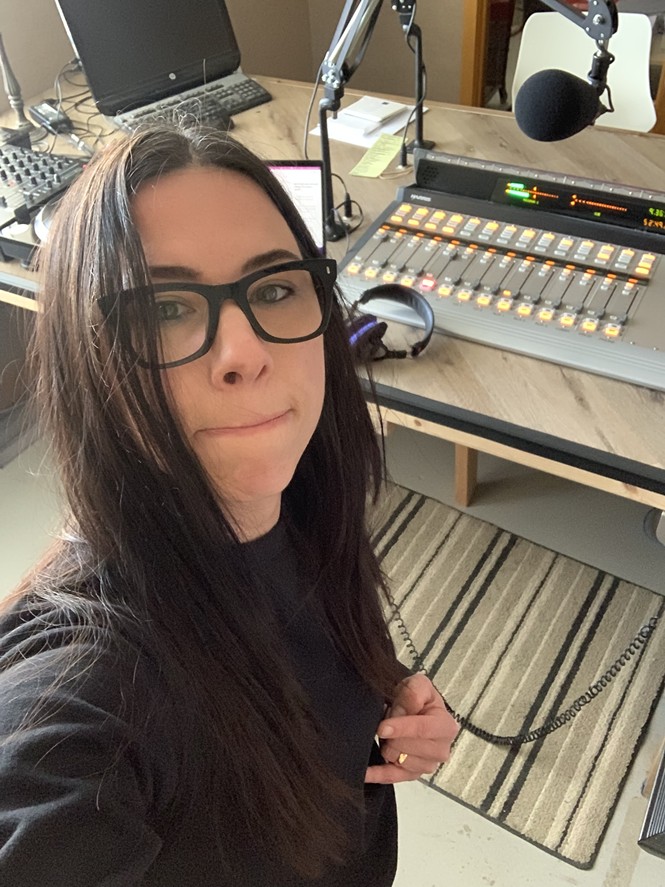 In some respects, it’s the easiest question to ask a community radio programmer. Conversely, it can also be the toughest. The query? “In your mind, what kind of music embodies your show?”

Annika DiMeo, aka DJKA, hosts 7/10 Stack on KUAA FM, the 100-watt station that covers Salt Lake City and nearby environs. Every Friday evening from, yes, 7-10 pm, she hosts a free-form program that covers quite a range of material and moods.

“It can span from Sturgill Simpson to maybe something rowdier, like The Chats,” DiMeo says, when asked for names of groups that help exemplify 7/10 Stack’s sound. “Lots of music from Detroit. The Gorillaz, Young Fathers, the Beastie Boys, Screaming Trees, Girl in a Coma. I like Jamaican music. Really, it goes all over. I try to cover a decent amount of genres and timelines, as well. I’ve started coining the term ‘keeping things elevated with a Friday variety.’ That would be my tiny elevator pitch.”

A given week’s 180-minutes of programming will highlight hip-hop and punk, stuff released last week or four-decades ago. It’s a true mix, with DiMeo’s week factoring into the mix, too, as her mood will help swing into this direction or that. It’s been that way since the start.

Recalling her beginnings at the station, DiMeo recalls being brand-new to… well, pretty much everything inside the KUAA studio. Curating a playlist. Running a board. Back-announcing. She’d taken a community college course in radio and had spent time in repairs for an audio company. Those adjacent experiences aside, she’d never hosted a radio show. She had, however, come into the acquaintance of “Bad” Brad Wheeler, KUAA’s programming head, and interests and opportunities aligned.

Her first shows three years ago, she says, were a bit scattered, though the enthusiasm was there. Along with a want to learn the medium and to deepen an already-established love of music.

“Oh, definitely, I was so freaked out to do it,” she recalls of the first months. “I spent a lot of time on the back end preparing for it. I didn’t want to have too many ‘hard rights,’ if you will, but still have a lot of variety. Just being involved has pushed so much data in my brain. I wouldn’t have learned as much as fast. I was a music- and record-collector-type of person, but I don’t think I would’ve ever had this kind of exposure to music. It opened doors for me to understand this artist, or that record label.”

As a birthday present, DiMeo was recently gifted a PA system, and she’s DJ’ed the odd birthday party and wedding. This is all still a moonlighting situation, as she works days at a family-owned marketing company called Brand Aid. Music remains a fun, yet foundational, element of her life, with those three, on-air hours serving as a weekly “guiding light.”

She jokes that the occasional on-microphone flub’s still going to happen and “I have just as much self-hate brewing at odd hours of the day. Like, ‘What did I say? Did I say something I hadn’t intended to say?’ Oftentimes, at the beginning of the show, I’ll just say, ‘I can’t talk tonight, I’m so flustered.’ But then I’ll get in a groove and it’s magic. I just love it.”

On any given Friday, that magical vibe comes through the airwaves, too. Good show, this 7/10 Stack. Really good.

Over the course of May and June, we’ll highlight the volunteer programmers that serve as the on-air voices and music curators on KUAA, 99.9 FM and KUAAfm.org. Keep an eye on Buzz Blog for more.