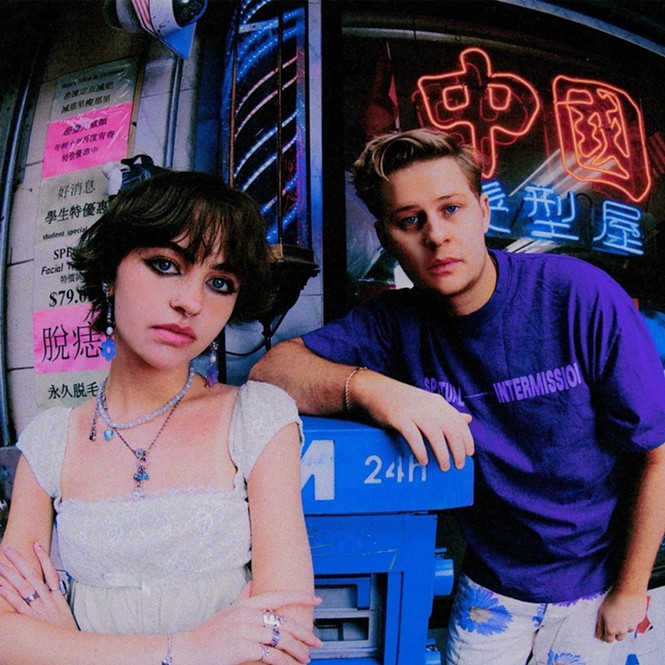 While Silver Cup no longer reside in SLC, they got their start here, so we get to claim them. Ogden natives Imag!nary Friendz and 26Fix joined Silver Cup for a packed, energetic and exciting show on Nov. 10 at Soundwell.

Opening the show, the O-Town trio Imag!nary Friendz kicked things off right, with high energy and just plain fun. Their songs were reverb-soaked and featured wailing solos on the guitarist’s Stratocaster. They played some of their own music, with swinging rock sounds and walking bass lines, then finished their set with an excellent cover of “Are You Gonna Be My Girl” by Jet. The crowd was excited to hear this track; everyone danced and sang along.

Next up was SLC singer/songwriter Erica Goodwin, AKA 26Fix. Goodwin has recently begun her work as a solo artist, working on a psychedelic concept album that locals have come to love. She played some of her popular singles, including “She Hit Me First” and “A Pickle," in a set that showcased Goodwin’s unique vocals, heavy basslines and psychedelic vibes. She had the entire crowd swaying to her beats and vibing while expertly blending electronic elements with live instruments, making her set sound as amazing as her recorded work.

Heading into the main event, fans were buzzing with excitement for Silver Cup to hit the stage. The energy was palpable as fans inched towards the stage to be closer to the action. And they were justified, as there wasn’t a dull moment during their set; the siblings, Logan and Hadley, have a knack for performing and creating together, crafting a melodic melding of unique music. There were several songs the crowd went wild for, including favorites like “I’m Fine” and “Boa.” Not only did they put on a good show, but they included sweet and genuine interactions with the crowd, singing happy birthday to audience members, and encouraging everyone to sing as loud as they could. It’s lovely to see bands show so much care and enjoyment for their fans.

In the middle of the set, they took it down to harmonize on a slower track, “Mr. Marquee,” showing a softer side than the energetic and lively start to the show. Once they picked the energy back up, the entire venue was vibrating, not just from the excitement, but you could physically feel the floor vibrating with everyone dancing and jumping to fan favorite tracks “Are You Scared to Die” and “Gaslight.” As they finished the latter track, they feigned ending the show, where typically the crowd would begin to chant for an encore. Logan skipped that this evening. “Encores are so gimmicky, we all know the band’s going to come out again,” he said, drawing a laugh from the crowd.

They finished out the show with “Donny and Marie” and “Annabel Lee,” once again drawing a huge excited reaction from the crowd. As they finished up they interacted with fans more, encouraging them to stop by the merch booth to talk a little before heading home. Seeing Silver Cup live is a fun, entertaining and lively experience. They have a dedicated and animated fanbase, and it’s beautiful to see them give that love right back to the fans.