Forget about silkscreen T-shirts, mix-tapes, or even the Sharper Image catalog of wonders, there’s nothing as personal as a book. For every personality, every reading level, there’s a book out there waiting to provide that lucky recipient with a few hours—maybe a few weeks—of pleasure. To help you unlock that potential for joy, here are a few holiday-time tips for the best books to buy this holiday season.

For your globe-trotting, hop-scotching pal, wherever the hell he is these days ...
Autonauts of the Cosmoroute (Archipelago): This bizarre, touching little travelogue tells the story of Julio Cortazar and Carol Dunlop’s 33-day journey in 1982 along the Paris-Marseilles freeway in journals and drawings which capture the mess and muss of travel.

For your hot granny
No one loves a late bloomer quite like a sassy older lady, so indulge her naughty sweet tooth with Bowl of Cherries (McSweeneys), 90-year-old Millard Kaufman’s hilarious (and ribald) debut novel about a young man who bumbles from one misadventure to another before landing in a prison cell in Iraq.

For your Colbert-watching, Truthdig.com reading, Nation-subscribing, anger-fatigued friend who believes there’s nothing left to learn about this craven world
It all makes sense—Katrina, Guantanamo, Abu Ghraib, the Israeli wall, Halliburton—in Klein’s authoritative polemic, The Shock Doctrine (Metropolitan), which explores the relationship between shock therapy (either economic or military) and the spread of free-market ideals. Package with Blackwater, (Nation Books) by Jeremy Scahill, and stand back while your friend’s head explodes.

For your friend, the smart-ass
No one gave lip as wittily and as well as Ogden Nash. Even today’s hipsters could learn a thing or two from him in The Best of Ogden Nash (Ivan R. Dee), a gigantic compendium of the late New Yorker writer’s best light verse.

For the poetic, cumulus-headed soul in your life
Michael O’Brien might just be the best-kept secret of the poetry world. Sleeping and Waking (Flood Editions) is about to change that—these spare poems about love, life in a city, and the in-between states of our lives drape as delicately as Japanese wall hangings.

For Dad, who bunkers down with one big biography
Outside of Robert Caro’s life of LBJ, John Richardson’s ongoing study of Picasso is probably the most ambitious and magnificent biographical project in the world. His latest volume, Picasso: The Triumphant Years, 1917-1932 (Knopf) follows the sacred master/monster out of World War I and up to the summits of fame.

For your nature loving friend
Eliot Weinberger’s metaphysical essay collection An Elemental Thing (New Directions) provides a stirring glimpse into the way societies around the world live in tune with the seasons, while Rebecca Solnit’s collection, Storming the Gates of Paradise (University of California), explores the politics of place with a stylish remove reminiscent of early Joan Didion.

For the dedicated fictionista in your circle
Dinaw Mengestu’s heartbreaking, exquisitely made The Beautiful Things that Heaven Bears (Riverhead) tells the story of three African refugees making their way in Washington, D.C., long after they’ve given up on realizing their wildest American dreams.

For your sister, the aspiring physician
Jerome Groopman is the best thinking-doc’s physician. His new book How Doctors Think (Houghton Mifflin) mediates on all the most pressing issues of hospital care today with a palpable humanity and clear-eyed realism. 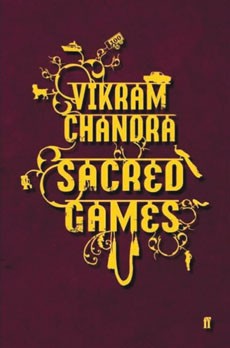 For your favorite bookie, thug or all around tough guy ... with a brain
Demonstrate your respect for his Machiavellian mind with Sacred Games (HarperCollins), Vikram Chandra’s wonderful thriller about a Sikh police inspector pursuing an overload in an around Mumbai (now Bombay), when gangsters got so powerful they took over part of Bollywood and began scripting their own mythology.

For your friend, the atheist
Even the firmest nonbeliever will get a chuckle out of A.J. Jacobs’ quirky chronicle, The Year of Living Biblically (Simon & Schuster), his tale of living the Bible as literally as possible.

For your friend, the (enlightened) Bible thumper
Write a sweet card, praising his or her open-mindedness, and enclose a copy of Christopher Hitchens’ razor-sharp God is Not Great (Twelve). 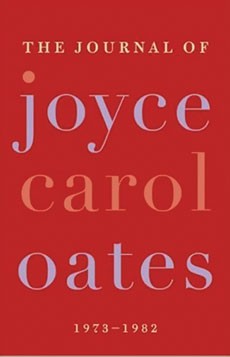 For the journaler in your life
Stare straight down into the powerful filament of Joyce Carol Oates’ working mind with The Journals of Joyce Carol Oates, 1972-1981 (Ecco), a period when she published an astonishing 29 works of fiction, criticism and poetry.

For your do-gooding friend
In Poor People (Ecco), William T. Vollmann traveled the globe, from Cambodia to Sacramento, asking people he met, “Why are you poor?” The resulting impressionistic, rhetoric-free book is a kind of Let Us Now Praise Famous Men for our time.

For your lover
There is a rightness and terrible melancholy to every sentence of Hisham Matar’s debut novel, The Country of Men (Dial Press) which tells the story of a young boy who is entrusted with a secret much larger than he is.


John Freeman is president of the National Book Critics Circle.