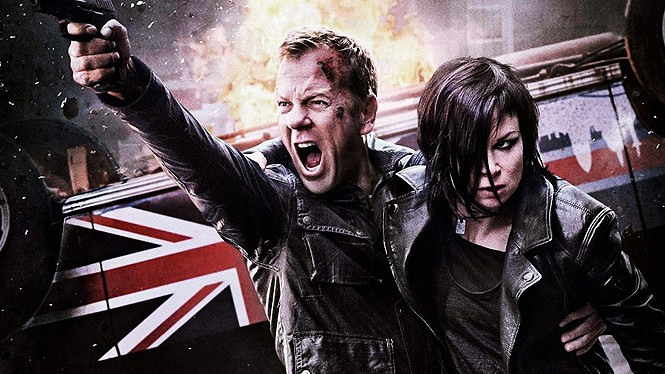 Jack Bauer (Kiefer Sutherland) grimaces back into action to save the U.S. president (William Devane) from assassination in London—fortunately, Chloe (Mary Lynn Rajskub) and her new hair just happen to be in the area. Also, not 24 hours long. (Fox)

When an awkward loser girl's confident, sexy twin sister (both Zoe Kazan) is killed in a car accident on their birthday, she assumes her identity and starts a relationship with a beardy L.A. hipster (Jake Johnson). Prepare to feel more indie feels. (Sony)