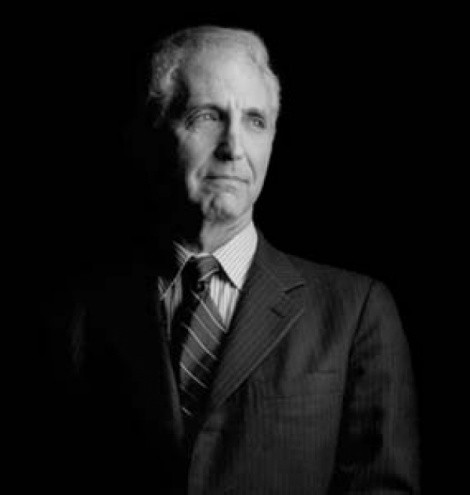 Dr. Daniel Ellsberg, 77, is a former military analyst and government whistle-blower, who worked on a top-secret study of U.S. decision-making in Vietnam, which later became the “Pentagon Papers.” Ellsberg will speak at the ACLU Bill of Rights Dinner on Thursday, May 8, 2008 at 6 p.m. at the Downtown Sheraton (150 W. 500 South).


What did you discover during the McNamara study that you believed should be made public?
I discovered that the public had been misled about the cost, length and risks of the Vietnam war. The government lied and caused the deaths of thousands of people, Vietnamese and Americans. Unfortunately, the Pentagon Papers were only about past administrations. However, Nixon was afraid I would release documents about his own administration, and on the basis of that fear, he sent people to break into my psychiatrist’s office and to beat me up. When that was revealed, Nixon faced impeachment and prosecution, which eventually led to his resignation. That was crucial to ending the war because it brought him down.

How did you secretly make photocopies of the 7,000-page document?
I carried 500 or 1,000 pages at a time in a briefcase past the guards and took them to a friend who worked at an advertising agency with a Xerox machine. Eventually, I had to make enough copies to give to all the newspapers so I sent them out to commercial places to make copies.

What comparisons can be made between Vietnam and Iraq?
The way we got in, the deception from the White House and the fact that Congress gave the president a blank check for the war are all similarities. The ambushes taking place are also similar, although they are in cities instead of jungles. The prospects are no better than Vietnam. There will be no victory and no peace as long as we’re there.

What issues need some whistle-blowing in today’s world?
The president has essentially become a monarch. He can declare war, torture people and act without any restraints. Since 9/11, we’ve been convinced that that’s the sort of government we need. But if you look at his competency in, for example, this war and responding to Katrina, he’s the last person we should trust with executive power. Congress as a whole has not challenged him, and I think he needs to be challenged.

What are the dangers of the nuclear era?
Extinction. The nuclear winter that could result from a nuclear war would kill not only humans, but most advanced forms of life. Hillary Clinton recently said that in the event of a nuclear attack, the U.S. would be able to totally obliterate Iran. But it’s innocent civilians who would be obliterated—women and children. The state of mind that the nuclear era engenders and encourages is a normalization of threats and preparation to carry out programs of extermination. This very state of mind is a great danger and is depraved—that extermination is a normal and necessary thing. November’s main presidential candidates are all signed onto the notion that all possibilities are on the table, including nuclear war on Iran. The very fact that this is an option is a major crime against humanity.

Tell me about the Truth-Telling Project.
I’m trying to tell officials who have access to Pentagon papers (i.e. decision-making documents and plans for war) on Iran and Iraq as well as NSA papers about illegal wire tapping and torture to [come forward]. They should not wait until a war has started in Iran before they tell the truth by providing the press and congress with documents. I wish I wouldn’t have waited until after the war had started to come forward. They have the chance to save an incredible number of lives. I’m asking them to show the kind of moral courage that’s comparable to the physical courage shown by our soldiers in Iraq.

What can attendees expect from your speech at the ACLU dinner?
I want to convey that it’s up to people like those supporting the ACLU to preserve freedom and regain a constitution that has been badly discarded. We need a system of checks and balances and we need to put restraints on the president. Unfortunately, the majority of people are willing to elect a king in November. That’s what we’re doing—choosing among kings. The person we elect will inherit the powers of a king thanks to this Congress, and thanks to Bush and Cheney. We need to restore the constraints that make our leader a president instead of a king.